Schmidt believes his victory in the May primary shows he has a mandate from the people to change the criminal justice system. 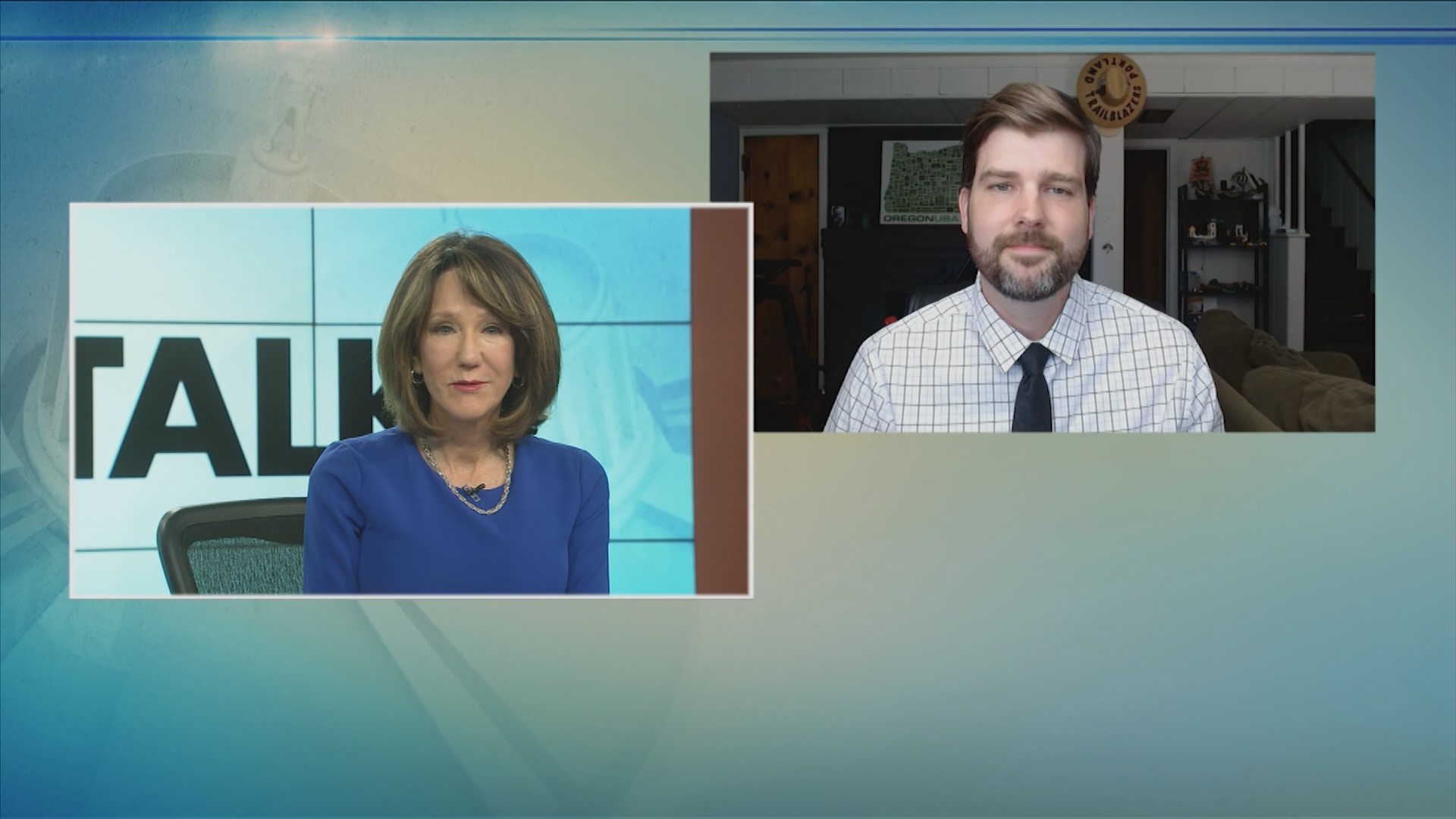 "It said to me people are ready for a change, that things in our criminal justice system are just not working," he said.

Schmidt beat his opponent, Ethan Knight, who billed himself as the establishment candidate, with nearly 77% of the vote. Schmidt ran on a platform of social justice reform and changing the way the district attorney’s office operates.

Reacting to the death of George Floyd, a black man who died in police custody in Minneapolis, Schmidt vowed to apply the law equally to everyone in incidents that come before his office. Video showed an officer kneeling on Floyd’s neck. Floyd, who was handcuffed, told the officer he couldn’t breathe. He later died.

“Like so many people in our community and across the country, it was devastating to watch that video. It was absolutely horrific. My heart and thoughts go out to George Floyd’s family and the people immediately impacted. But, also to communities that have been enduring this for not just the last month, but for hundreds of years,” Schmidt said.

Schmidt said Floyd’s death in policy custody, which has sparked nationwide protests, including in Portland, show what happens in one community affects us all.

"We have to acknowledge this is not an isolated incident. This has been happening for a long time. Not even that long ago, we saw another horrific case of Ahmaud Arbery,” Schmidt said.

Arbery, a black man, was jogging in a neighborhood in Georgia in February, when he was killed in a shooting after being chased by a father and son.

Schmidt said it will be his role as district attorney to make sure the law applies to everybody.

"I think that's what real officer, police accountability means. It's that nobody is above the law, and that the community can trust in the DA's office to apply the law equally," he said.

He said he would call for an outside or independent investigation into these types of incidents should they occur in Multnomah County.

The first thing Schmidt said he would change when taking office is making the district attorney's office more transparent. He said it's something they already do at the Oregon Criminal Justice Commission, which he currently heads. He said he wants to make the data at the district attorney's office public and available 24 hours a day, seven days a week.

"So people can see what crimes are being arrested. Who's coming into our system for those crimes, and how those people are being treated," he said.

From there, Schmidt believes reform can begin. That reform includes implementing a restorative justice model where it might fit certain cases. Schmidt said restorative justice is not a new concept. It dates back to aboriginal cultures in New Zealand and to Native Americans.

“The idea is how do you heal the harm,” he said.

The model recognizes the criminal justice system has often focused on punishment and retribution, and not healing the harm done. He wants to look at misdemeanor and low-level crime cases that might benefit from restorative justice.

“I think there’s a great opportunity and challenge with what we have with the COVID crisis and terrible budgetary times. We are going to have to be creative in how we handle the huge backlog of cases,” Schmidt said.

Schmidt’s election is part of a national conversation, and it attracted some star power before the primary. In a tweet, John Legend urged voters to choose Schmidt.

He was one of a number of district attorneys elected recently on a platform of reform.

“There are all kinds of national conversations happening around the death penalty, cash bail, mandatory sentencing. These are big-theme polices that have cut across the country,” he said.

Locally, Schmidt is a supporter of the new tri-county metro homeless services tax that voters passed overwhelmingly in the primary. He campaigned for it, and hopes to play a prominent role in helping get wraparound services to many of the people who end up in the criminal justice system.

RELATED: Portland metro area homeless services tax passes: Who pays and how will the money be spent?

In analyzing data at the state level, Schmidt has seen a small percentage of people take up a big percentage of criminal justice resources. Many of them have mental illness, addiction and co-occurring substance abuse issues.

“We have seen that 9% of the people who are arrested in a year take up 30% of our arrests and booking events in our jails,” he said.

He would like to see money from the measure, designed to bring in $2.5 billion over ten years, target resources for that group of people.

“If we focus on the wraparound services for that 9%, we could decrease booking events by 30%. That’s a huge bang for our buck,” he said.

Schmidt said he hopes to have a prominent role in working with organizers implementing the measure to plug into the criminal justice system.

Schmidt said he’s grateful to voters and excited to get started. He believes he has a mandate from the people to change the system.

“I think it’s a very loud message, not just from Multnomah County, but across the state, and across the country that voters are ready to try some new things to get better results by changing the way we’ve been doing things,” he said.

You can download and subscribe to KGW's Straight Talk with Laural Porter podcast on Apple Podcasts, Spotify, Stitcher or Podbean.