While Multnomah County works to save lives in future heat emergencies, it calls on all of us to work together, saying “all disasters are local.” 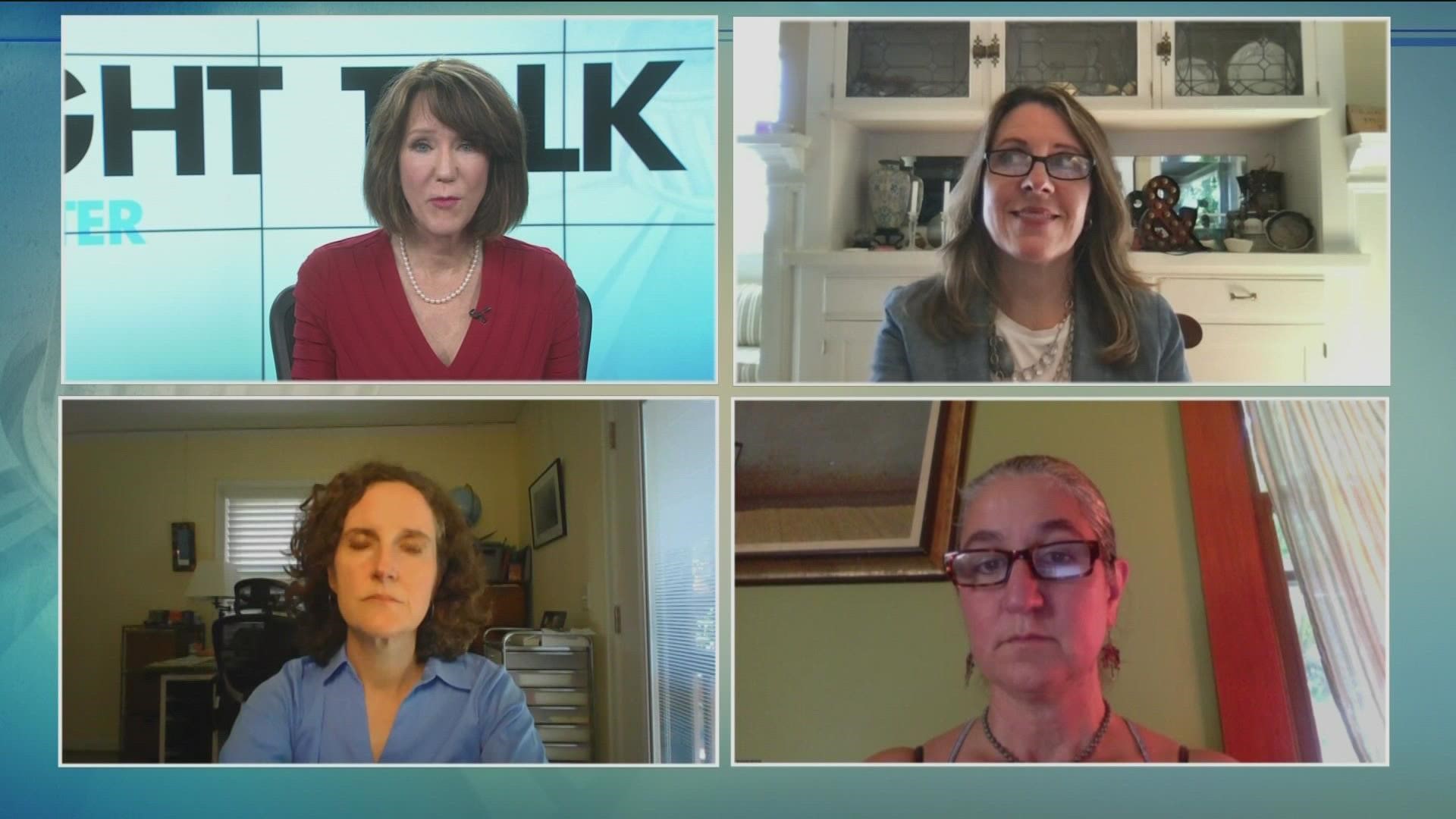 PORTLAND, Ore. — After nearly a year-and-a-half of living through an unprecedented pandemic, people in the Northwest were faced with what was called a "once in a thousand year" heat event. Between June 25 and June 30, Portland recorded temperatures during three consecutive days of 108, 112, and a searing 116 degrees, breaking the old record by nine degrees. It was a crisis within a crisis.

"I want to acknowledge the loss of life and send my condolences to the families and our entire community. I think this on top of what we have gone through as a community over the past 18 months — really for a lot of us — was just more than we could take," said Kafoury.

Responding to the extreme heat event

As the heat wave hit, Kafoury immediately activated three 24 hour cooling shelters and opened nine libraries as cooling spaces. Dr. Jennifer Vines, was on the ground assisting at the county's flagship cooling center at the Oregon Convention Center. She said at one point they had 600 people at the shelter.

Some brought their pets, including cats, dogs and rabbits. Many people living on the street brought all of their belongings with them to find a cool place to sleep. Still, others came in desperate to get out of the suffocating heat.

"We ended up having to train greeters to have water and icepacks ready because people literally came through the doors really in distress and needing to cool down quickly," said Vines.

As it responded to the June heat wave, the county reports it coordinated with 100 agency and organizational partners. It served a total of 1,400 overnight guests in shelters and provided 6,330 meals. But, it still wasn't enough. Of the 62 people who died from heat-related illnesses, the majority were older, white, and living alone in apartment buildings. As a result of the crisis, Chair Kafoury ordered an expedited after action report to evaluate what changes the county could make to save lives in future heat events.

Alice Busch headed up writing the report and doing hundreds of surveys, interviews and conducting hours of workshops looking for ways to improve the county's response.

"As heroic as all response efforts are, in all emergencies there is always more that can be done and we have to do it together," Busch said.

The county took lessons learned from the June heat crisis and implemented them in its response to the most recent heat wave in mid-August.

It increased its pool of cooling shelters, enhanced door-to-door and other types of outreach, and strengthened partnerships and communications. People in the county also got a wireless emergency alert on their phones on Friday morning, the first day of the heat wave, alerting them to the heat emergency.

Three people in Portland may have died from the heat from August 15-18. The county is still investigating to determine the cause of death and the circumstances surrounding their deaths.

Kafoury said the county is also funding a small grant to study where heat islands exist in east Multnomah County.

"We know the heat islands exist, but they just haven't received the same amount of attention. I think last year, the county and community partners planted 400 trees in Gresham. We know this is an issue and we are working really hard on it," Kafoury said.

Climate crisis: Kafoury calls on federal delegation to do more

While the historic June heat wave was billed as a "once in a thousand year" heat event, scientists say we can expect more extreme heat in the future.

According to the county's after action report, "if current greenhouse gas emissions continue, an event this extreme could happen every five to ten years by the year 2040.”

Kafoury said the county and city leaders have done a lot locally to address climate change passing a 100% renewable energy goal by 2035. She called the goal "audacious," but said there's only so much local governments can do.

"This is not going to be solved just at the local level. We need the same type of urgency at the congressional level that they focus on other issues. We haven't seen it in our federal delegation," she said.

She said the entire country needs to embrace the fact climate change is here and it's human caused.

"And it's going to be devastating unless we do something about it now," Kafoury said.

The heat waves happened within another crisis, the COVID-19 pandemic which has worsened through the summer. Multnomah County Health Officer Dr. Jennifer Vines said the current crisis is happening because of the delta variant of the coronavirus that has emerged as the dominant strain in Oregon.

"It is more infectious and it is finding its way easily into people who are unvaccinated, and filling hospitals to our south, in Roseburg, Bend, and Central Oregon," Dr. Vines said.

She said doctors at St. Charles Health System have said publicly the hospital is so overwhelmed with caring for COVID patients, they are having to ration care.

"(Their) message is simple. Get vaccinated. Wear a mask, and until you are fully vaccinated avoid any kind of social gathering, and otherwise take care of yourself. Now is not the time to do anything risky because there is not necessarily a hospital bed with staff for you," she said.

Vines said hospitals in Multnomah County are tracking the situation closely and are not far behind what's happening with overflowing hospitals in other parts of the state.

"This really is a very serious moment we need everyone to take seriously," she said.

Will Kafoury run for Oregon Governor?

Kafoury has been mentioned as a possible candidate in what's expected to be a crowded Democratic primary for Oregon Governor in 2022. Governor Kate Brown can't run again because of term limits.

She said she's been too busy to spend a lot of time thinking about her political future.

She did say she is talking to other potential candidates and that could impact what she ultimately decides.

"If there is someone who offers what I believe is a great vision for our state, I'm not sure I will feel the urge to do it. I love serving Multnomah County. Being Chair has been the best job that one could hope for. I don't think now is the time for me to step aside and focus on something else. I really need to focus on the folks I've been elected to represent right now," Kafoury said.

"All disasters are local"

While Multnomah County works to prepare for future extreme heat events and find ways to save lives, Alice Busch said it's going take the entire community working together to address hot weather as the hazard it is.

"All disasters are local," she said.

"I'd like to remind everyone that preparing for any disaster is easy. Get to know each other. Talk to your family. Talk to your friends. And know that you can make a difference," she said.