A cap and trade bill failed in the last legislative session after Republican senators walked out. Brown said this bill has concessions for rural Oregon. 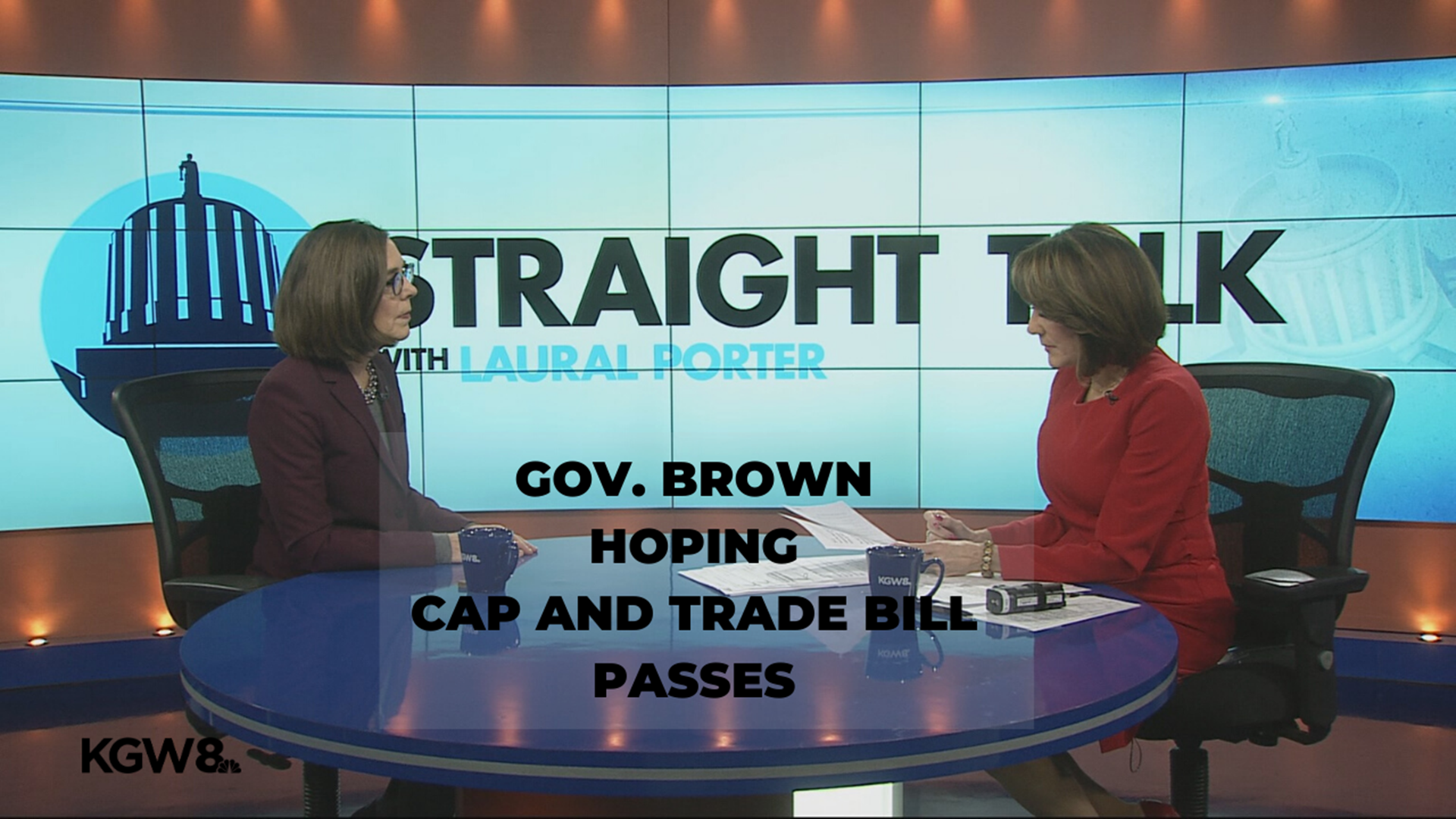 Although it's a short session lasting only 35 days, the governor has high hopes lawmakers will pass issues she says are critical to the state's future.

That includes a cap and trade bill that failed in the last legislative session. A new version, crafted by a legislative committee, seeks to avoid a walkout that helped derail the last bill, by adding concessions for rural Oregon.

Passing cap and trade, a bill aimed at reducing fossil fuel emissions through a cap on carbon, is one of Gov. Brown's top legislative priorities. Brown told KGW's Laural Porter during this week's taping of "Straight Talk" that she's cautiously optimistic lawmakers will pass a bill this time around.

"I think this session is critically important to setting the table, literally, for Oregon's future. Our children have made it very clear, we can't wait to take action on climate change," Brown said.

The leader of the Senate Republicans, Sen. Herman Baertschiger, says he thinks the issue should go to voters, and nothing is off the table, including another walkout.

Gov. Brown said that would be unfortunate.

"I think it's more important that they show up and make sure their voices are heard. If they don't like the bill, vote 'no.' I don't think it's appropriate they shut down state government simply because they disagree," said Brown.

The governor said executive action isn't out of the question. She said she prefers the Legislature works collaboratively to pass a cap and trade bill, but if lawmakers can't get it done, she said she'll take what she called appropriate action.

Another priority is finding a way to better manage Oregon's forests to help prevent future wildfires. The governor said the devastation bush fires have caused in Australia demonstrates why Oregon needs to invest in wildfire preparedness.

"We are at the heart of a perfect storm in Oregon. Number one, you have decades of federal land mismanagement, and number two, a changing climate. That's leading to devastating wildfires in Oregon," she said.

Brown said Oregon got a bye last year with a relatively quiet fire year, but she says that's unlikely in the coming years. She's asking lawmakers this session to invest $200 million as part of a $4 billion long-term plan to prevent Oregon wildfires.

Porter also asked the Governor about her thoughts on what some see is a move away from civility and bipartisanship in Oregon politics.

"I think it's unfortunate Washington, DC politics are coming to Oregon. A walkout is an indication. I think what's most key is we try to work together across the aisle, and that Democrats and Republicans show up in February to do what's right for Oregonians," Brown said.

The governor also discussed the restart of a project to build a new I-5 bridge, changes in the Legislature to prevent sexual harassment, building more affordable housing, and her plan to help Oregonians prepare for "The Big One," an expected earthquake along the Cascadia Subduction Zone.

It's also now available as a podcast so you can listen when it's convenient for you. 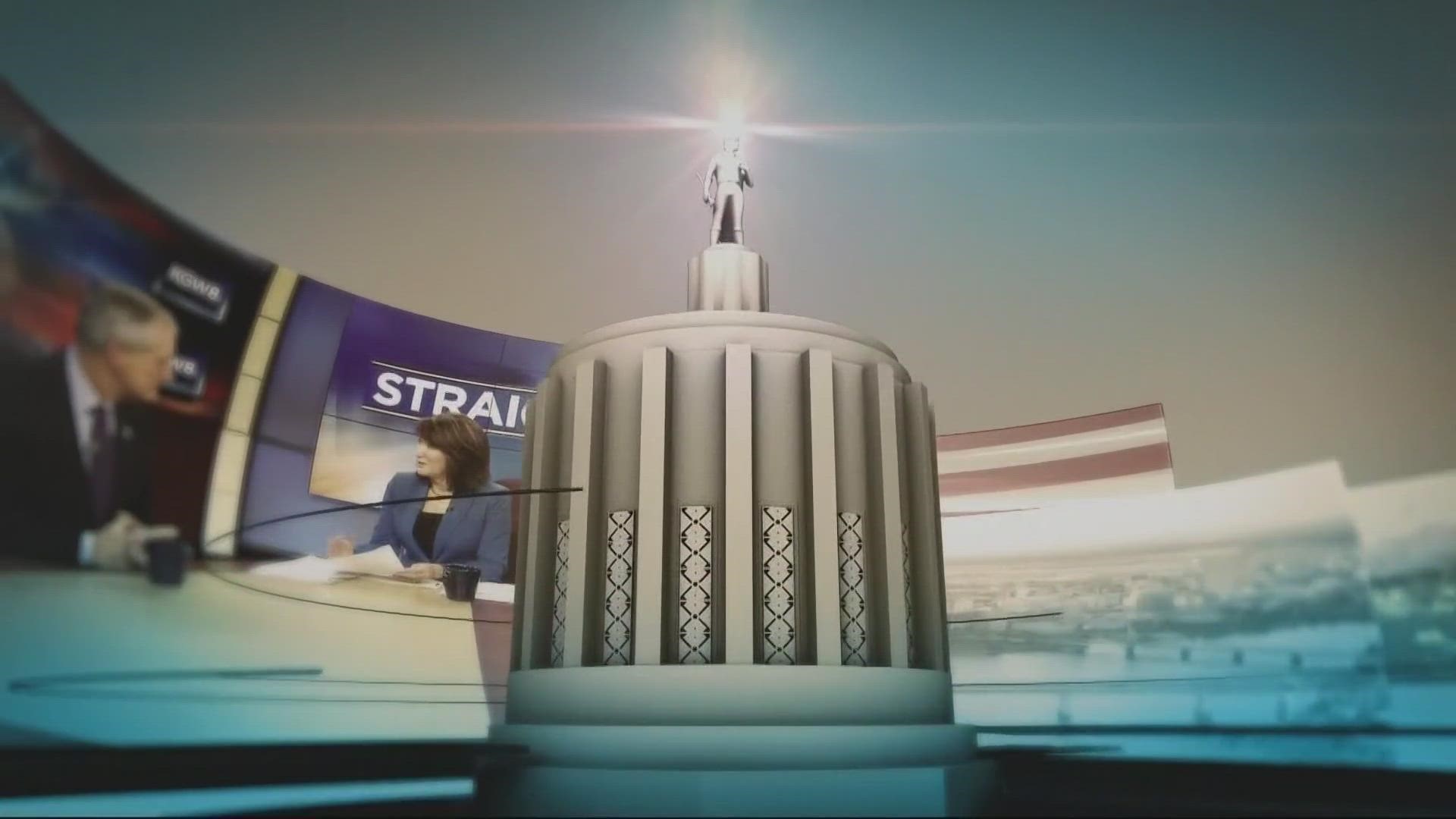