Portland activist Cameron Whitten says Portlanders should instead be asking when the suffering of their Black neighbors will end. 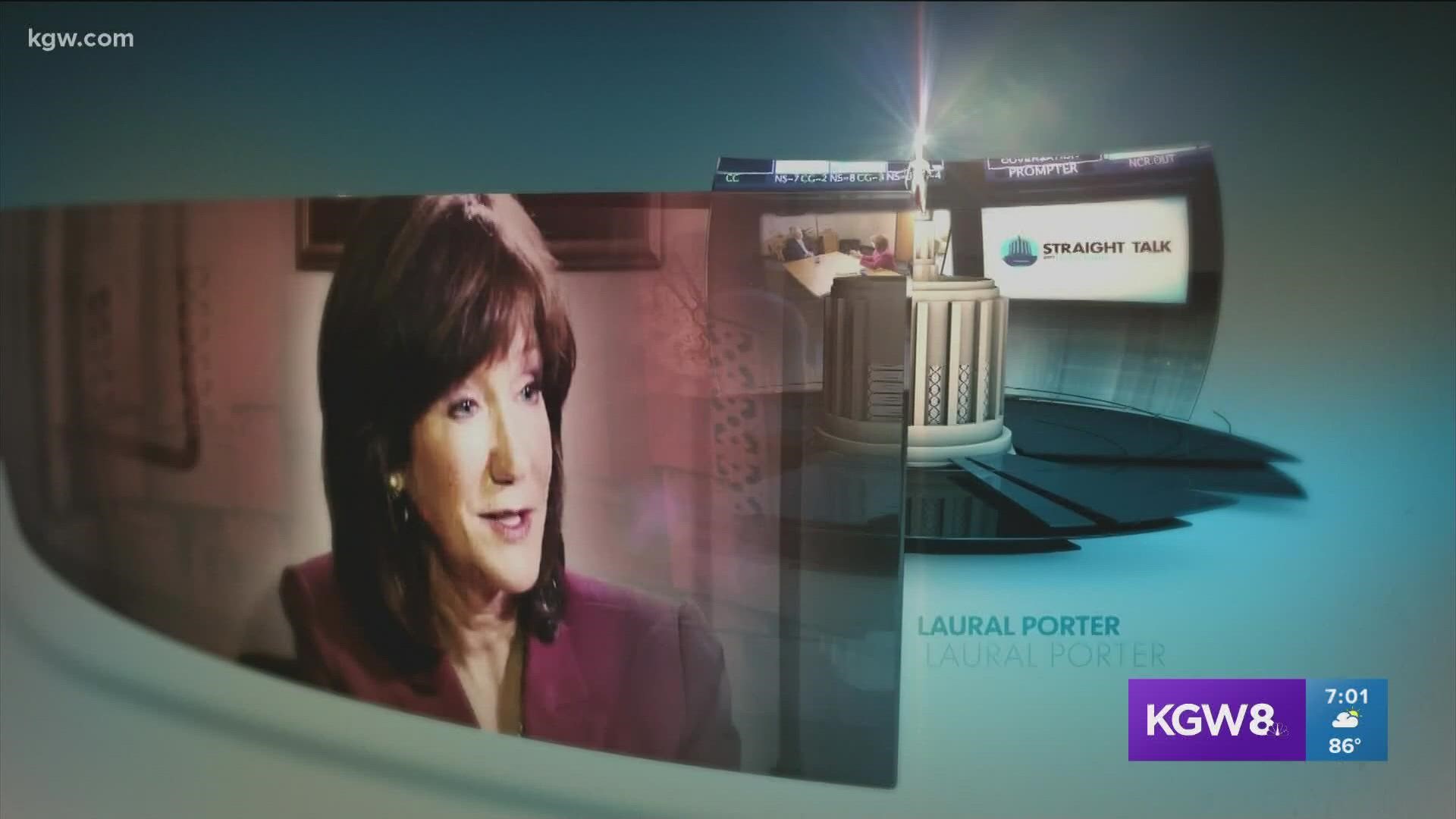 PORTLAND, Ore. — Portland has seen 100 nights of protests, sometimes violent and destructive demonstrations, since the killing of George Floyd.

Long-time local activist Cameron Whitten said he's often asked by the media when he thinks the protests will end.

On Straight Talk this week, he said that's the wrong question. He wants people to ask instead when the suffering of his Black neighbors will end.

"Black people whose lives were ripped apart, facing eviction, facing malpractice at hospitals, dying postpartum, and for often treatable, preventable reasons," he said. "That's happening every single day. We are never asked to shed a light on that. We are never asked, 'When is that going to stop?"

Whitten said it's hard to see the videos of physical violence against people and the damage happening to public property and small businesses.
However, he said it's hurtful when he's asked about all the property destruction. He doesn't want to see that used as a reason to stop pushing for racial justice and lasting change.

"Lives are at stake," he said. "We can't say, 'Nothing changed. We didn't create systemic change because property damage happened.' To me that's morally irresponsible. We have to keep the focus on Black Lives Matter."

Amid the chaos of nightly protests, Whitten is quietly making a direct positive difference in the lives of many Black Portlanders with the Black Resilience Fund he co-founded.

As of this week, the fund has raised $1,650,000 from more than 12,000 donors to help Black community members in need. And 10,000 people have applied for assistance, typically given out in $300 increments. The money has helped people pay rent, feed their families, and pay bills.

After Minneapolis police killed George Floyd on Memorial Day and the video went viral, Whitten posted on Facebook that he wanted to help his Black neighbors who were struggling.

“I thought maybe we’d raise $5,000 in two days," he said. "In less than 28 days, we built a movement that raised over a million dollars and we have not stopped.”

Who the fund helps

The Black Resilience Fund's impact report featured a senior citizen, Adolph, who was struggling after a car accident. He said the fund gave him emotional strength, and helped him to believe and have hope again.

The report also featured a single mom, Trayla, who said the money helped her and her children get housed after months of homelessness. Whitten said the people they are helping are the forgotten population. He said the media has often overlooked their stories.

"They are not telling the stories that represent the beautiful, diverse experiences of our lives," he said. "And so it's our intent to show Portlanders and people across the world that to be Black is to be resilient, to be caring, and to be loved."

While the Black Resilience Fund is trying to meet the Black community's immediate needs, Whitten is also looking toward helping the community heal in the long term. He's the executive director of the nonprofit Brown Hope.

Its website says Brown Hope was born from a deep sense of urgency to address how the long history of racism has assailed Black, Brown, and Indigenous people in Portland.

Whitten said the nation's long history of racism and injustice through slavery, Jim Crow laws, mass incarceration, and gentrification, have all led to historical trauma.

"The traumatic impacts have created shock waves that are mental, emotional, and material," Whitten said. "The damage is passed from generation to generation."

He said the nation has never provided interventions to communities impacted by injustice to help them heal from the traumatic impacts. That's where he sees Brown Hope coming in to assist.

"So Brown Hope was established for us to create strategies so communities can heal from the impact of racism, so they can live their fullest lives," he said.

Whitten's journey from homelessness to running a nonprofit

Whitten knows what it's like to be traumatized and to be in need of help. He was homeless as a youth coming to Portland.

“I’m a survivor of child abuse, of homelessness, of being a young queer Black person living in Oregon with its particular history of racism,” he said.

When Whitten arrived in Portland after high school, he spent a few years living in shelters and transitional housing.

“For two months, I spent every night worrying about whether I would be turned away from a shelter," he said. "But, it truly is because of Portland’s generous spirit that I was never turned away.”

In 2011, he joined the Occupy Portland movement, camping in Jamison Square for more than a month.

In 2012, he ran for mayor. Part of his campaign included wearing a cardboard box and nothing else. He in came in fifth place, losing to Mayor Charlie Hales. Later that year, he waged a 55-day hunger strike to bring attention to the city’s homeless emergency (pictured, above).

Today, he has his bachelor’s degree in economics from Portland State University.

Whitten is also working on his MBA at Willamette University, in addition to heading up the Black Resilience Fund and serving as Brown Hope’s executive director.

He credits the support of the community and his own resilience for the turnaround in his life. That has inspired Whitten to continue to give back.

“And so every moment I have found obstacles and pitfalls, but because of the community that is here, the mentors, the allies, really being around a village, I’ve been able to take those obstacles and transform them into platforms to springboard into the work I plan to do,” Whitten said.

More work to be done

And there is much work left to be done.

Whitten said the Black Resilience Fund had to cap the applications for assistance at 10,000.

They realized with $1.5 million in donations, and trying to give $300 to every recipient in need, the fund could only reach 5,000 people.

“We have only half the dollars we need. So we’re still fundraising. We know the resources are out there," he said. "Our goal is to provide every Black Portlander in need some tangible support so they can live their fullest lives.”

Those who would like to donate can contribute at blackresiliencefund.com or find out more at brownhope.org.