This week, former congressional candidate, Jamie McLeod Skinner, joined Laural Porter to talk about her qualifications for the position. 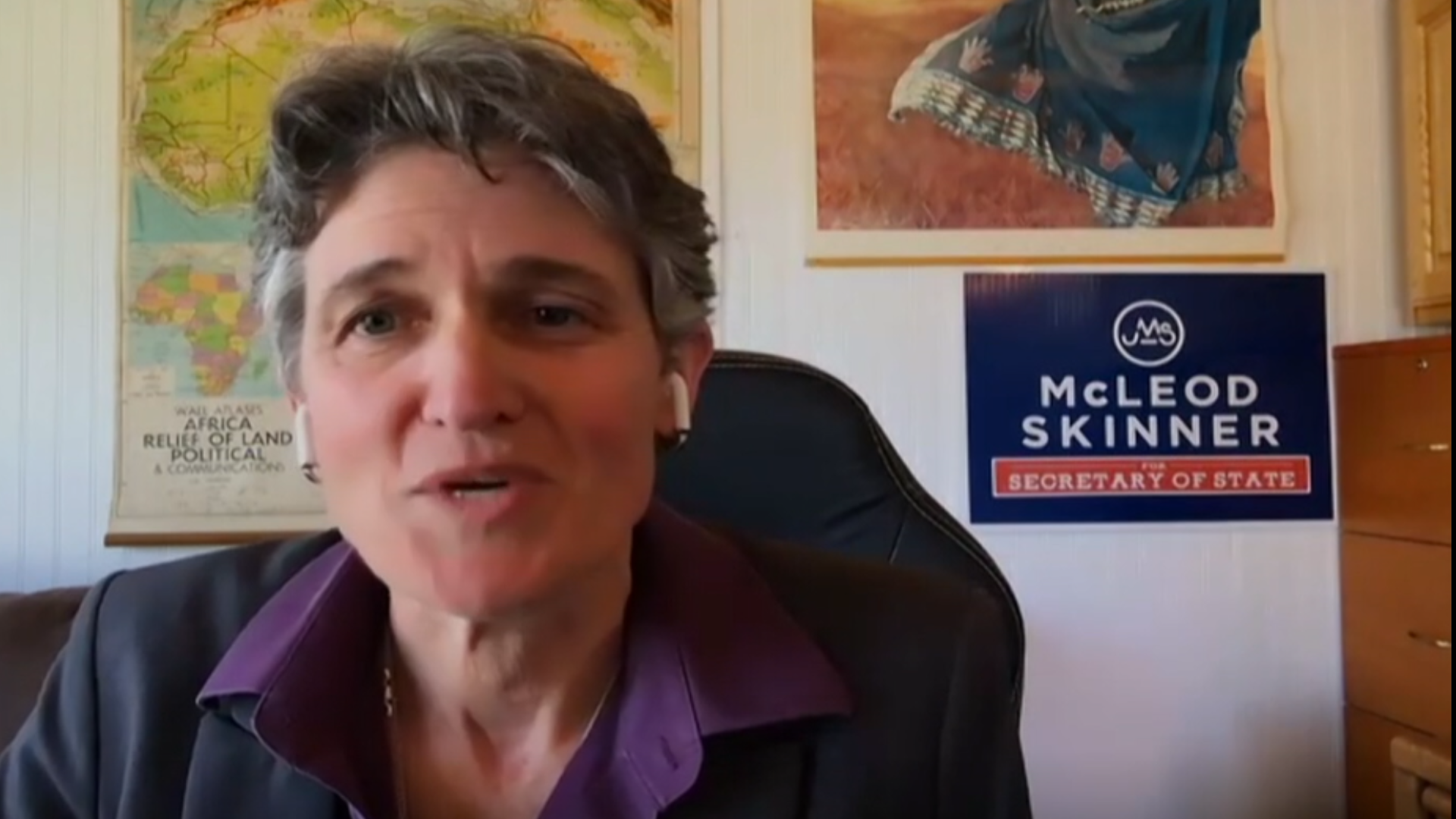 PORTLAND, Ore. — The Democratic race for secretary of state is one of the most competitive contests in the Oregon May 19 primary.

This week, former congressional candidate, Jamie McLeod Skinner, joined host, Laural Porter, to talk about her qualifications for the position, which is next in succession to the Governor.

McLeod's challengers, Fagan and Hass, have highlighted their experience in the legislature. Fagan served two terms in the Oregon House and is currently serving her first term in the state Senate, and Hass has served in the legislature for nearly 20 years.

McLeod Skinner said she also has served in elected office, elected twice to the Santa Clara, California City Council. She also emphasizes her experience in the public sector, training department managers to implement an outcome-based management system, and her work as a land-use planner.

She included in the Voters Pamphlet, her stint as city manager in 2017 in the small town of Phoenix in southern Oregon, a position from which she was fired after four months by a city council vote of 3-2. The reasons for her firing are in dispute.

"I have a long track record working for outstanding cities," she said. "Specifically in the case of Phoenix, I was hired under one administration and let go under a newly elected administration. That's pretty common for chief executives," McLeod Skinner said.

McLeod Skinner lives in Terrebonne in Central Oregon. She points to her rural roots as a strength she'd bring to the office to help bridge the urban-rural divide in the state.

She said her experience working in urban areas, as well, gives her the ability to connect people with different ideas. In her 2018 congressional race against incumbent Republican, Greg Walden, she lost by 17 points, but it was Walden's closest race since being elected to Congress in 1998.

"It's about showing up. Meeting with folks. Talking about issues people care about and connecting with people across the state. We need to make systematic changes to make government more accountable to all Oregonians," she said.

All three candidates largely agree on issues pertaining to ensuring fair and open elections. They all support establishing same-day voter registration. McLeod Skinner said what separates her from her challengers is her commitment to campaign finance reform.

While all the candidates said they want to see spending limits in Oregon where there are currently no limits on campaign spending, McLeod Skinner said she's the only candidate already doing it.

"While we have all raised approximately the same amount, if you look at the average amount raised per contribution, mine is about $100. One candidates is $700. And one of my colleagues is $5,200 per contribution. Oregonians really care about campaign finance reform. Elections should be decided by Oregon voters not by big money interests," she said.

Another chief responsibility for the secretary of state is protecting the reliability of Oregon's elections and preventing voter fraud and misinformation. McLeod Skinner said she was the first one in the race to have suggested establishing a cyber-security officer to think like a hacker to help safeguard Oregon elections.

"That's where my experience in the Silicon Valley is really key to understanding that," she said.

McLeod Skinner said she is the only candidate to have traveled the state to speak with county election clerks in urban and rural areas to get their ideas and find out how she could help them if elected.

She said the pandemic has shown the importance of leadership and bringing people together.

"I'm inspired by folks because this has got to be about all of us. We have to move together, bring people together to create a healthier democracy," she said.

All three Democratic candidates for Oregon Secretary of State can be heard on the KGW Straight Talk podcast.