PSU president prepares for a fall term unlike any other

PSU faces challenges in the coming year including declining enrollment, adapting to the COVID-19 pandemic, and questions about safety amid ongoing Portland protests. 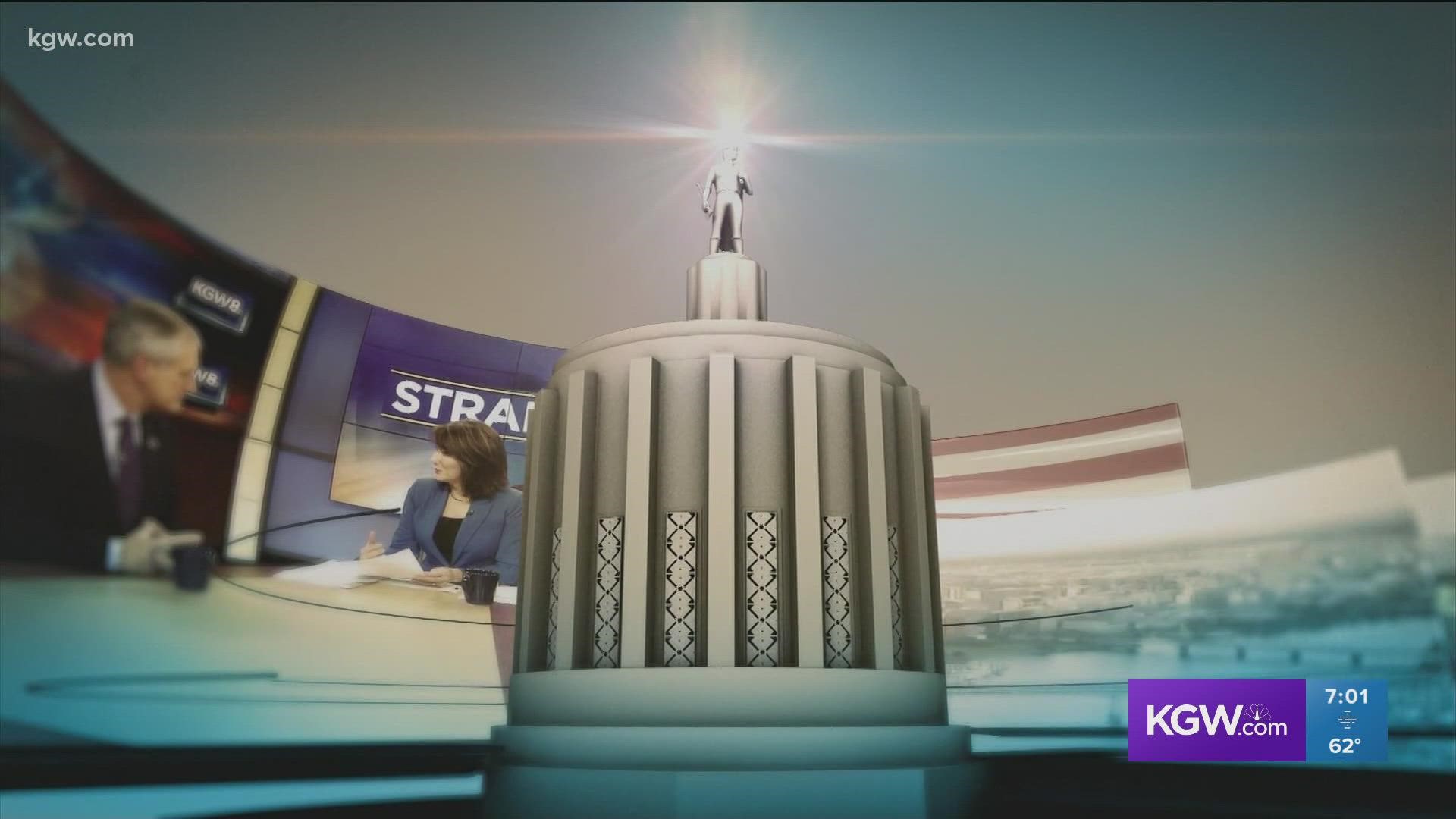 PSU President Stephen Percy said it's going to be a fall term unlike any other, with all but a handful of classes taught remotely.

Last May, PSU's Board of Trustees unanimously chose Percy as the school's 10th president after he served a year as its interim president.

He takes over during a particularly challenging time for the university and for the city it calls home. PSU faces declining enrollment. It's adapting to the COVID-19 pandemic. And the city of Portland has been the subject of national and world headlines, because of months of civil unrest downtown where PSU's campus is located.

Even with all the challenges, Percy is optimistic about the year ahead and he's confident about the future.

He said faculty, staff, and students adapted well to the adjustments they had to make when the pandemic began during the spring term.

"It was messy sometimes, It was a challenge, Percy said. "In the end, we got through a very strong spring term, and our summer term has gone quite well, and we look forward to fall term."

Although most classes will be taught remotely, many of the campus facilities will be open, including dorms, the campus recreation center, child care center, library and study spaces.

PSU has 2,000 beds for on-campus living, but only about 800-900 students will be living on campus during the fall.

Percy said enrollment is down slightly for the fall, but it isn't clear yet by how much. He said students are waiting until the last minute to make their plans. He also said the wildfires are making it difficult for some students to come to class.

"We're still enrolling students, so we will know better about enrollment numbers in about a month," Percy said.

The campus in downtown Portland, the scene of months of often destructive protests that have been the subject of national and world headlines.

So the school is getting a lot of questions about safety, mostly from new students and parents from out of town.

"The people who live locally and the people that live in our dorms, I think, are feeling safe, and they know our campus has had no problems with protests and it continues to be a safe place," Percy said. "I think the question about the protests that have received national attention will be a challenge in terms of recruiting new students."

Percy wants to assure parents and students the PSU campus is safe and is a great place to come and learn.

Portland State will be taking a different approach to safety on campus beginning this fall. Percy and the Board of Trustees decided in August that campus police will no longer carry firearms.

PSU had been under pressure to disarm campus public safety officers since campus police shot and killed Jason Washington, a Black man, two years ago.
The decision in August sped up the timeline for a plan put into place last fall.

At that time, Percy and the board came up with a plan called "Safety Together," which still allowed campus police to be armed, but also looked to emphasize the extension of public safety beyond sworn officers to everyone on campus. It included students becoming safety ambassadors.

"Safety Together" was supposed to be a three-year plan. Percy said the events of the past year fast forwarded that time line.

"I'll be honest with you: The things that have happened since that time, the tragedy of Jason Washington still on our minds, the national unrest, the national calls for reforming law enforcement, the calls for ensuring that Black Lives Matter, and that we are treating everyone safely and equitably, led us to begin thinking more rapidly our plan for campus public safety," Percy said.

Percy gave credit to PSU public safety officers for leading the way on the effort to disarm.

"I want to call out the fact that our decision for our campus public safety officers not to carry weapons was a decision they made, the officers made," he said. "I want to give them full credit for making that decision to rethink campus safety."

Percy said the university is doing a thorough review of the questions of safety in an urban environment during a time of what he called "change in our community."

Re-imagining campus safety is just one part of PSU's larger focus on racial justice. Percy said the recent protests and discussions nationwide have given him, the board, and the entire university pause to think more deeply about PSU's commitment to anti-racism.

The university has also hired a new vice president of global diversity and inclusion, Dr. Ame Lambert, to strike out in a new and bold way to work against structural racism.

"By that I mean there may be policies, procedures, and practices we've had in place for a long time that may continue to marginalize people unintentionally," Percy said. "We need to be very thoughtful. We need to be sure policies and programs are promoting equity and justice for everyone."

With that goal in mind, Dr. Lambert will lead a campus-wide summit on racial equity on Oct. 30.

With enrollment declining slightly, and PSU facing budget challenges, parents and students may wonder about the possibility of a tuition increase on the horizon.

Percy said it's too early to tell if PSU will need to hike tuition next year.

"At this point, I have nothing to say about a tuition increase," he said. "I haven't even thought about that. I'm still trying to understand the position we're in."

"Let me say, the board of trustees and I realize tuition increases are a burden on our students," he said. "We know that even with the tuition level, while still lower relative to other universities, it's still a burden people have to pay. And it affects their ability to attend college and be successful."

He said PSU is doing and will do everything it can to keep costs and tuition down.

Partner with Portland to revitalize the city's economy and image

The more than 100 days of protests, sometimes violent and destructive, have been reported on and broadcast to a wide audience both nationally and globally.

Percy recognized that will have an effect on the image of teh school that makes its home nestled in the heart of downtown Portland.

He's said it may make it harder to recruit new students.

The images of unrest and boarded up downtown businesses may also have a lasting impact on the city's reputation as a vibrant welcoming city to visit and live.

Percy sees PSU as an eager partner with the city of Portland to help revitalize downtown.

"We want to be a part of any solutions out there," Percy said. "We want to provide a forum for discussion and creating solutions in energizing the vitality of our downtown. To help Portland to restore its high appreciation across the country."

"The state of Oregon's history on this is quite poor and we want to be part of the solution," Percy said.

He promised Portland State University will be committing resources to anti-racism and listening to concerns of indigenous people and their values and traditions.

"We want to continue to make Portland the most vital place it can be," he said.

RELATED: Protest leader talks about 100 days of protests, and what needs to happen next