For Portlanders, one of the most important issues on the ballot is the runoff election for city council between incumbent Chloe Eudaly and challenger Mingus Mapps. 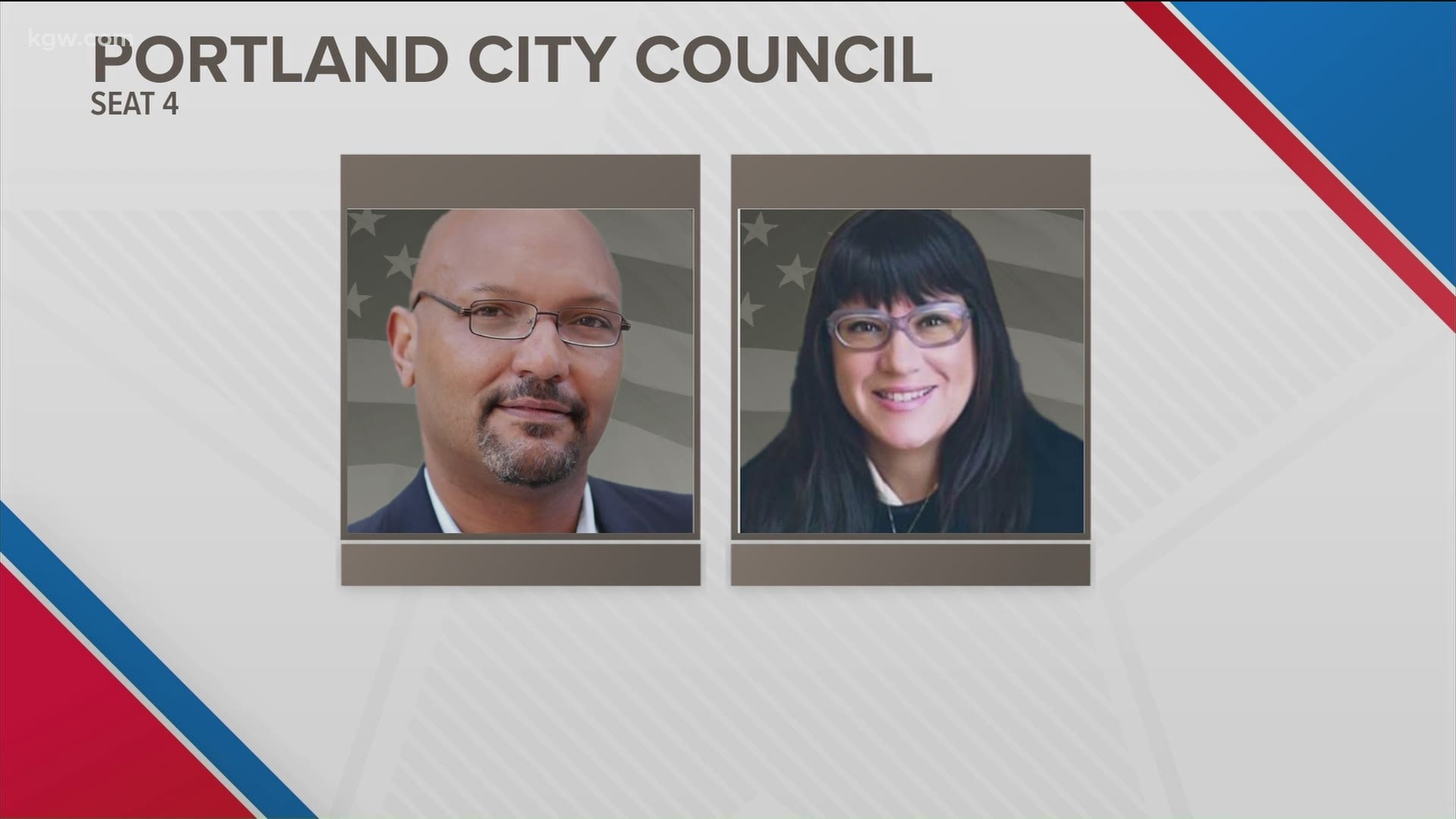 PORTLAND, Ore. — Voters in Portland will soon decide whether to re-elect Portland Commissioner Chloe Eudaly to a second term on the city council or elect her challenger, Mingus Mapps.

Eudaly won the seat in 2016 by beating then-commissioner Steve Novick. It was the first time a candidate had beaten an incumbent on the Portland City Council in more than two decades.

However, Eudaly failed to win more than 50% of the vote in the May 2020 primary, forcing her into a runoff with Mapps.

Mapps is a former political science professor and manager for the city of Portland's neighborhood association and crime prevention program. If elected, Mapps would be only the third Black man to serve on the Portland City Council. He would join the first Black woman to be elected to the council, Commissioner JoAnn Hardesty, who was elected in 2018.

Mapps and Eudaly appeared in this week's episode of Straight Talk.

Watch the first segment, with Mingus Mapps, in the video player above, and watch the interview with Chloe Eudaly below: 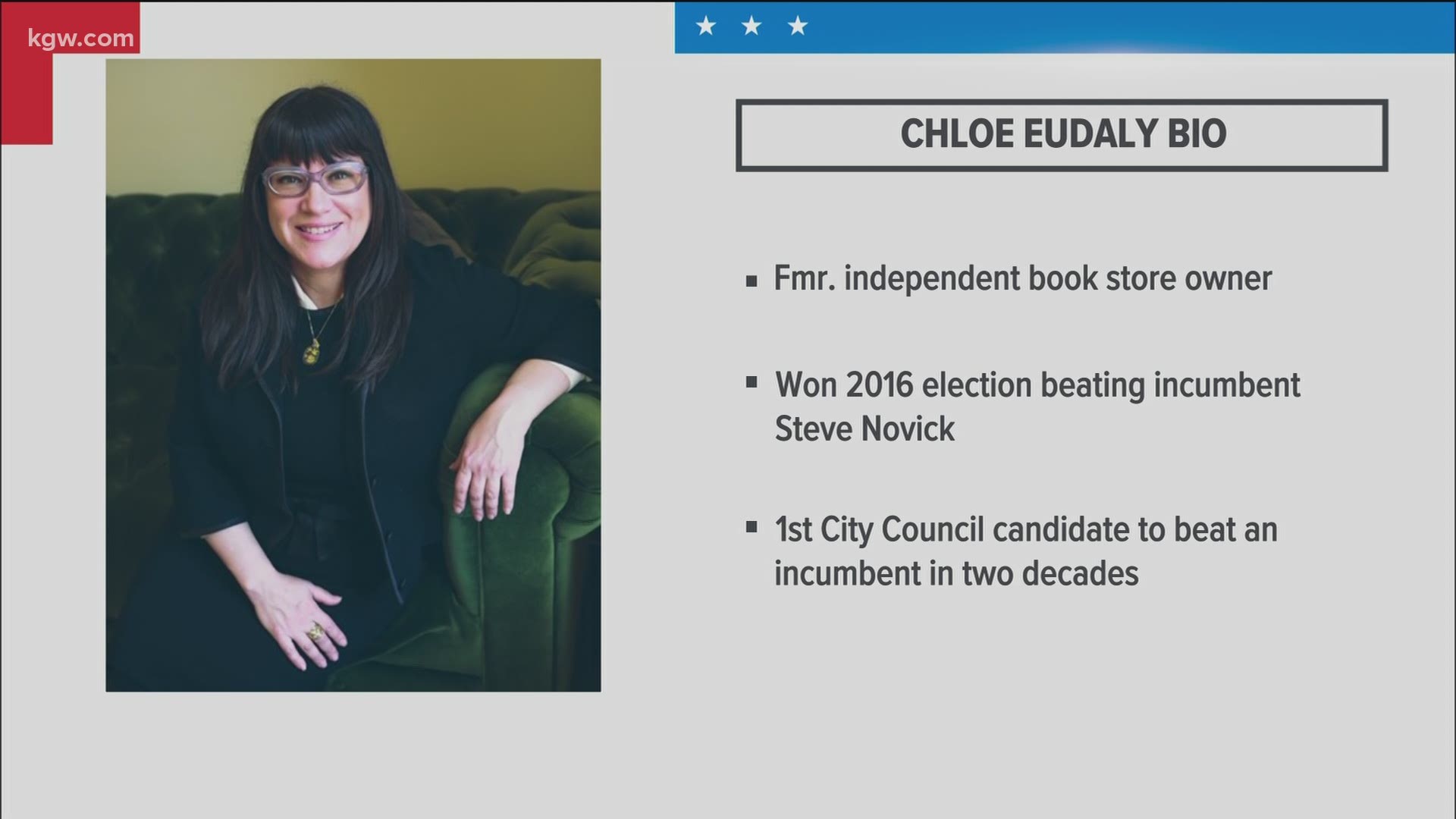 Eudaly said she deserves a second term because of her strong track record and solid platform, something she said her opponent lacks.

Mapps said the current city council doesn't work well together to move the city forward. He called himself a bridge builder, and called for a new set of policies.

"We all know this is one of the most challenging times Portland has seen in 100 years. I'd say our problems stem from both leadership and policies.
I think it's time for fresh leadership on city council," he said.

Eudaly said the differences between her and Mapps are clear when you look at their endorsements.

"Although my opponent has been trying to align himself with me politically, and agreeing with a lot of my policies and positions, I would encourage voters to take a look at who has endorsed us and who is backing our campaigns," Eudaly said.

Mapps has been endorsed by the Portland Police Association. Eudaly said the union has been the city's biggest obstacle to reform. Mapps said it's important to note the police union endorsed him, but he didn't necessarily endorse them.

"I believe they endorsed me for the same reason Commissioner Eudaly hired me to help run the city's crime prevention program. I'm well known in the public safety community." Mapps said.

Mapps said the endorsement wouldn't prevent him from pushing for reforms within in the police bureau. It's something Mapps said he feels strongly needs to happen.

Mapps called the protests complex, and said it's important to separate the protesters from the people who commit violence.

"To the protesters, I want to say 'Thank you.' As an African American dad, I really need you to be out there demanding and fighting for civil rights. We're there when we can be with you and we're with you in our hearts every day," he said.

However, Mapps said those committing violence and destruction are not being helpful to the cause.

"I understand the anger and frustration you feel. But listen, you don't help the cause of liberating people who look like me or families like mine by throwing a brick, or engaging in graffiti. That's the exact opposite of what I hope you'll do," he said.

Mapps also asked the Portland Police Bureau to change how it's responding to the protests.

"I want to ask our police department to stand down. It's time to get rubber bullets, tear gas, and choke-holds out of the repertoire of tools police use," Mapps said.

Eudaly said the community needs to keep the focus on the violence perpetrated by police.

"This is what this national uprising is about and what we need to keep refocusing on as these conversations and protests continue. Clearly none of the crowd control methods the police are using have worked. They only fanned the flames of the protests," Eudaly said.

Eudaly said her office has received comments from 75,000 constituents, and the city council heard seven hours of testimony from people who want to see change in the police bureau.

She said she didn't know how long the protests would continue, but that she believes the only way to a resolution is with real transformation in how the city addresses public safety and policing in the community.

Eudaly has been a champion of tenant protections and pledged to continue to fight for renters' rights through the pandemic. However, she said she also recognizes the COVID crisis is taking a toll on landlords.

"When I talk about rent and mortgage forgiveness, that necessarily comes along with relief for landlords and lenders. We can't afford to have thousands of people evicted, pushed out onto the street, but we absolutely can't solve this problem on the backs of landlords," she said.

Eudaly called on state and federal lawmakers to step up to prevent a housing catastrophe when eviction moratoriums end and rent comes due.

"We are going to see a wave of evictions, foreclosures, displacements, and homelessness, if the city, state, and federal governments do not rise to the occasion and deliver really significant relief," Eudaly said.

Mapps said he has a broad range of support and he pledged he would work to protect the city's renters.

"I want to make sure no one gets bullied out of their house by a bad landlord. I also want to take as many COVID relief dollars as we have to put into a fund to support emergency relief assistance," Mapps said.

The candidates also discussed homelessness, and Eudaly responded to complaints filed by some employees in the Portland Office of Community and Civic Life, a bureau she heads. She called the complaints unsubstantiated and said an independent assessment is underway.