Oregon and Washington could see funding for a new I-5 bridge under Biden's plan. DeFazio told Governor Brown: "You've got to move quick. We need a plan to present." 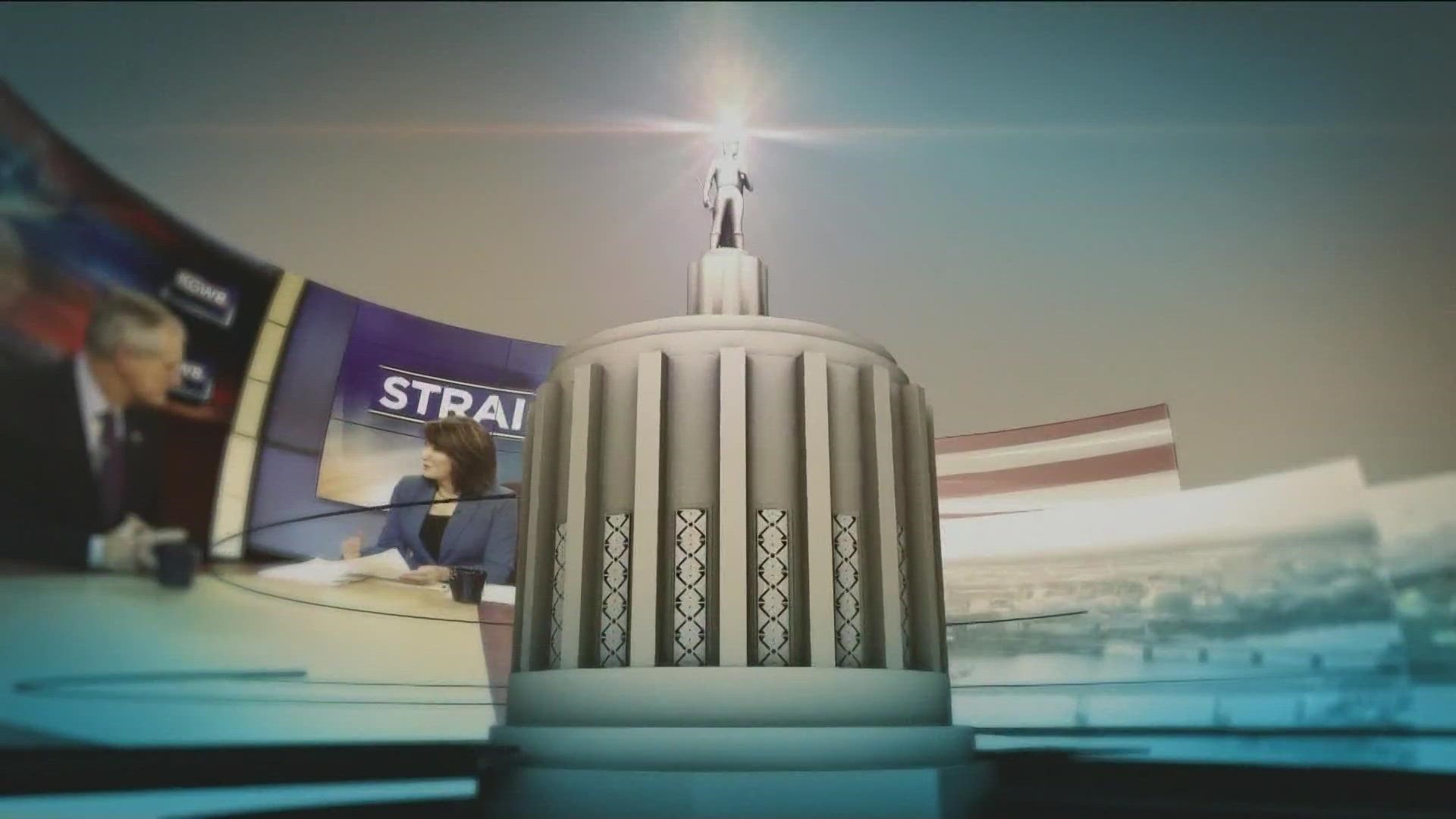 PORTLAND, Ore. — Oregon Congressman Peter DeFazio is king of the hill, at least Capitol Hill, when it comes to all things transportation and infrastructure.

As the Chairman of the powerful House Transportation and Infrastructure Committee, DeFazio is considered "the" expert on the issue.

The 17-term congressman from Oregon's fourth district will be point person in the House of Representatives for President Joe Biden's $2 trillion dollar American Jobs Plan.

DeFazio was a guest on this week's episode of Straight Talk to discuss what's in the plan and how it could benefit Oregon and Southwest Washington.

Watch the full episode of this week's Straight Talk

Investment in US infrastructure "long overdue"

President Biden called his American Jobs Plan a once-in-a-generation investment in America. Congressman DeFazio thinks it's even bigger than that.

"I'd say it's the biggest thing we've done in 100 years, probably since FDR and the New Deal. This is long overdue. We've been talking about the need for decades," he said.

DeFazio said 40% of the nation's highway system needs rebuilding from the base up, not just resurfacing, and it needs to be built with resilience in mind to withstand severe weather events and climate change issues. 40,000 bridges need significant repair and replacement. There's also a 100 billion dollar backlog in transit, he said.

"And that's just to bring transit up to a state of good repair, not even to build out new systems for people to help them get out of congestion and out of their cars," DeFazio said.

He also pointed to massive needs for improvements to the nation's wastewater and drinking water systems, something the federal government has paid little attention to for decades.

"The federal government hasn't partnered significantly in wastewater since the 1980s, not since I was a county commissioner," he said.

What's in it for Oregon and SW Washington?

The President's plan includes rebuilding the nation's "ten most economically significant" bridges. Exactly which bridges isn't specified, but Rep. DeFazio is betting the I-5 bridge over the Columbia River connecting Oregon and Washington will be one of them. He's been a long-time supporter of rebuilding the bridge and helped work on funding the Columbia River Crossing before the project was scrapped in 2013.

The Interstate bridge consists of two bridges, one built in 1917 and the other in 1958. They're considered seismically vulnerable meaning they would likely collapse in a major earthquake. Additionally, the bridge often represents a bottleneck on the busiest highway on the West coast critical to freight travel.

"The President says they are going to rebuild the 10 most economically significant bridges. I could make the case the Columbia River Crossing is well up that list," he said.

DeFazio met with Governor Brown when she was in Eugene last week and talked with her about moving forward with plans for the I-5 bridge.

"I said 'you have got to get this moving quick,' because the Biden plan is going to look at potentially, we don't know, minimally a five year window, maybe a little longer. We need a plan to present," he said.

RELATED: Equity at the heart of Interstate Bridge Replacement Program

Rep. DeFazio has a long history of leading the way on infrastructure legislation. In 2020, he spearheaded the House Democratic Caucus' infrastructure framework and put together his surface transportation bill, the "Invest in America Act." That became the centerpiece for legislation that passed the House, but was never taken up in the Senate. DeFazio discussed his infrastructure ideas with the Biden campaign, the transition, and now with the Biden White House. Many of the same priorities in DeFazio's bills are now included in the President's American Jobs Plan.

On March 4th, DeFazio met with President Biden, Vice President Harris, and Transportation Secretary Buttigieg in the Oval Office. DeFazio said the President asked him what issues would be problematic with Republicans.

"I told him they can't say they believe in climate change. We have to make it a business case for electrifying the national highway network. And that's where he started saying, "Hey, China is going electric. They're going to eat our lunch if we don't catch up in production of electric vehicles and electrifying our system," he said.

How to Pay for the $2 trillion price tag?

To pay for his plan, President Biden wants to raise the corporate income tax rate to 28 percent and increase the minimum tax on multi-national corporations to 21%.

Critics have said that would reduce the nation's competitiveness abroad, and hurt small businesses and US jobs at a time when the nation is still trying to recover from the pandemic.

DeFazio said it's the huge corporations and multi-national corporations that are the target, ones he said aren't paying their fair share.

"Look the 55 most profitable corporations in America paid negative income tax last year. They didn't pay anything. In fact, their net taxes were negative. They got money back from past years' taxes because of Trump policies,” he said.

DeFazio said it was those Trump administration policies that encouraged American corporations to offshore manufacturing. He said the President has pledged not a penny in new taxes for those who make less than $400,000 a year.

"For someone who works for the minimum wage, the first dollar they earn, their tax rate is higher than the 55 largest corporations in America. I don't think Americans think that's fair," he said.

RELATED: What billions could do for Oregon and Washington in Biden infrastructure bill

Will the Biden plan get bipartisan support?

Rep. DeFazio was recently named the second most effective lawmaker in Congress by the non-partisan Center for Effective Lawmaking for his ability to move his own bills forward often with bipartisan support.

Will he be able to do that with the American Jobs Plan? He said it's a work in progress.

"It depends on my side, in my committee, whether the Republicans can abide with dealing with fossil fuel pollution, increase investments we need, and also the new social equity programs. I'm reaching out to them, trying to work with them. We are in a constant dialogue." he said.

He remains hopeful House Republicans will get on board. In the Senate, it's tougher.

"I hate the way things work around here sometimes, but the Senate is totally dysfunctional," he said.

In the Senate, DeFazio said support will have to be bipartisan unless they do away with the filibuster.

He said he’s not sure how it all gets worked out, but something needs to be done about the nation’s deteriorating infrastructure that continues to fall behind much of the rest of the world.

“We are 15th in the world. We used to be the envy of the world with our rail system, our transit systems, our highway system. Fifteenth in the world! And our current level of investment is going to have us dropping further down,” he said.