In last week's Straight Talk with Laural Porter, the CEO of the Oregon Food Bank said the organization is determined to meet people's needs during this crisis. 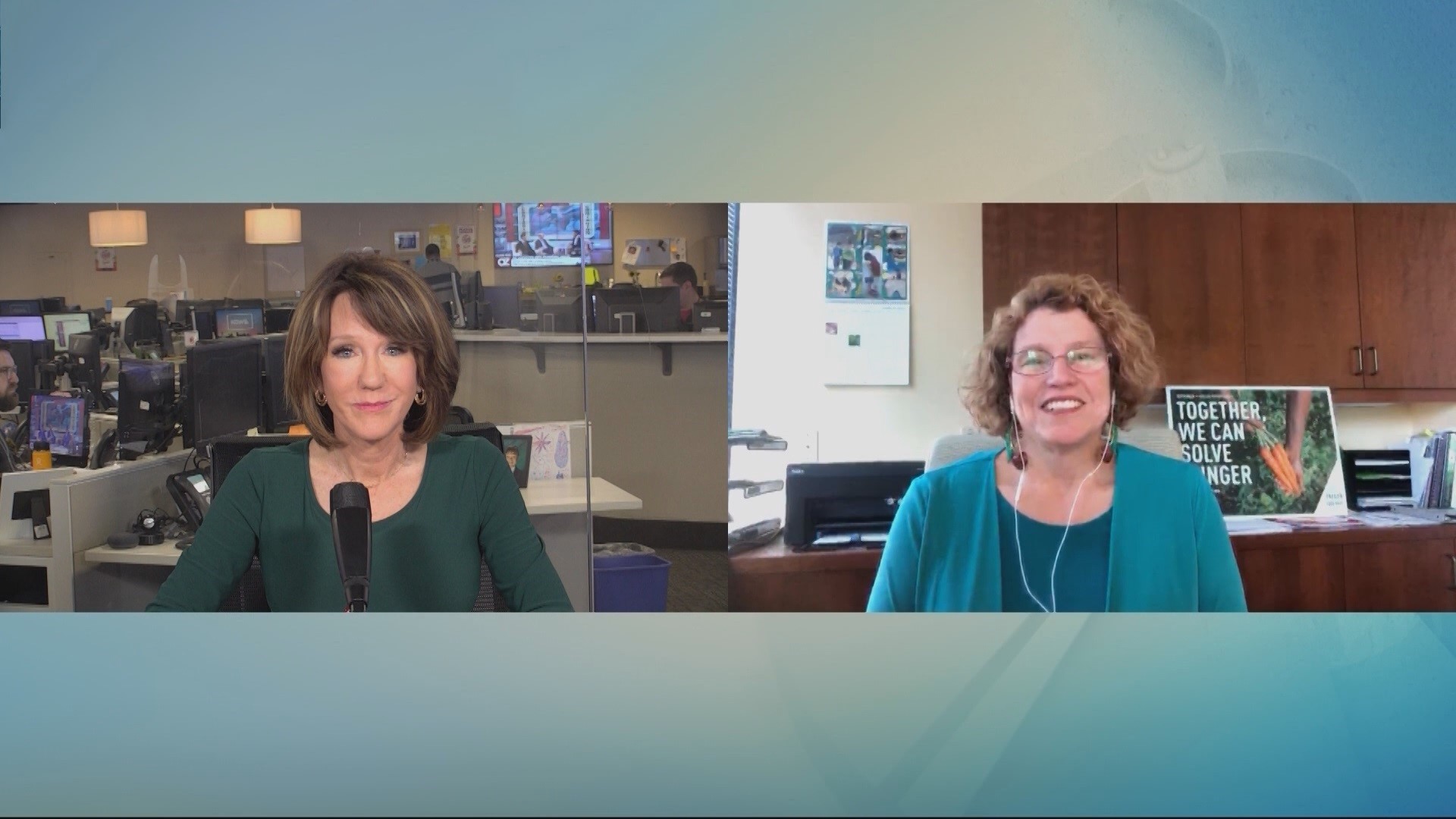 PORTLAND, Ore. — The coronavirus outbreak is sending far-reaching shockwaves through our communities.

But the CEO of the Oregon Food Bank said the organization is determined to meet the need of those hurting in this crisis. Susannah Morgan said for the 800,000 people living in Oregon and Southwest Washington who receive food assistance every year, the coronavirus pandmemic is making their lives even tougher.

And whether it be from being laid off, experiencing unexpected medical bills or having trouble making rent, many are now having to seek food assistance for the first time.

"We are seeing a surge in demand for food assistance," she said during a taping last week of Straight Talk with Laural Porter.

Add to that a significant drop in volunteers due to social distancing and self-quarantine measures, and the Oregon Food bank is facing challenges itself.

"It's not business as usual, but we are committed to making sure the food keeps flowing, and our neighbors who are experiencing hunger get help," she said.

Morgan encouraged people who have been laid off to seek assistance from federal and state safety nets.

"There's the SNAP program, formerly called food stamps, WIC for mothers with young children. Reach out to the local Department of Human Services office and get signed up. They should use that. These programs are there to help," Morgan said.

She said people who qualify can use the food stamps at their local grocery store and fill in the gaps with food assistance from the food bank.

She also thanked the community for its generosity in supporting the KGW Great Food Drive that has far surpassed its million-pound goal of food and cash donations.

Morgan also encouraged people to fill out their 2020 census forms. The Oregon Food Bank gets some of its funding based on Oregon's census count.

"We all count and we should all be counted," she said.

The co-chair of the Oregon Complete Count Committee, Chi Ngyuen, was also a guest on Straight Talk.

She emphasized the importance of the census to all Oregonians. For those who didn't get a postcard, they can fill out a form online.

Kalpana Krishnamurthy, the field and policy director for Forward Together, along with 12 other organizations are responsible for connecting with hard-to-reach communities.

Since U.S. census field operations have been suspended, she said crews are using social media, texting, and phone calls to contact people now, with hopes they'll be able to get out in the field later.

She emphasized that every person counted means $3,200 more for Oregon.

And there's a possibility Oregon could get a sixth congressional seat. The state missed adding another representative by 41,000 people in the last census.

The federal government uses census data for programs many Oregonians rely on. One in four are on the Oregon Health Plan. Krishnamurthy said the state gets $6.6 billion in Medicaid based on the census. And a $1 billion for the SNAP program, formerly known as food stamps.

"The census will take maybe 10 minutes to fill out online. And it will help return so many resources to the state of Oregon," Krishnamurthy said.

So far, 18.6 million Americans have responded to the census.

The deadline for self-response online, by phone, or by returning the paper questionnaire has been extended from July 31 to Aug. 14.

Straight Talk is available as a podcast if you want to catch up on past episodes. Subscribe wherever you get podcasts!