According to Mental Health America, Oregon has a higher prevalence of youth mental illness and lower rates of access to care than all but three states. 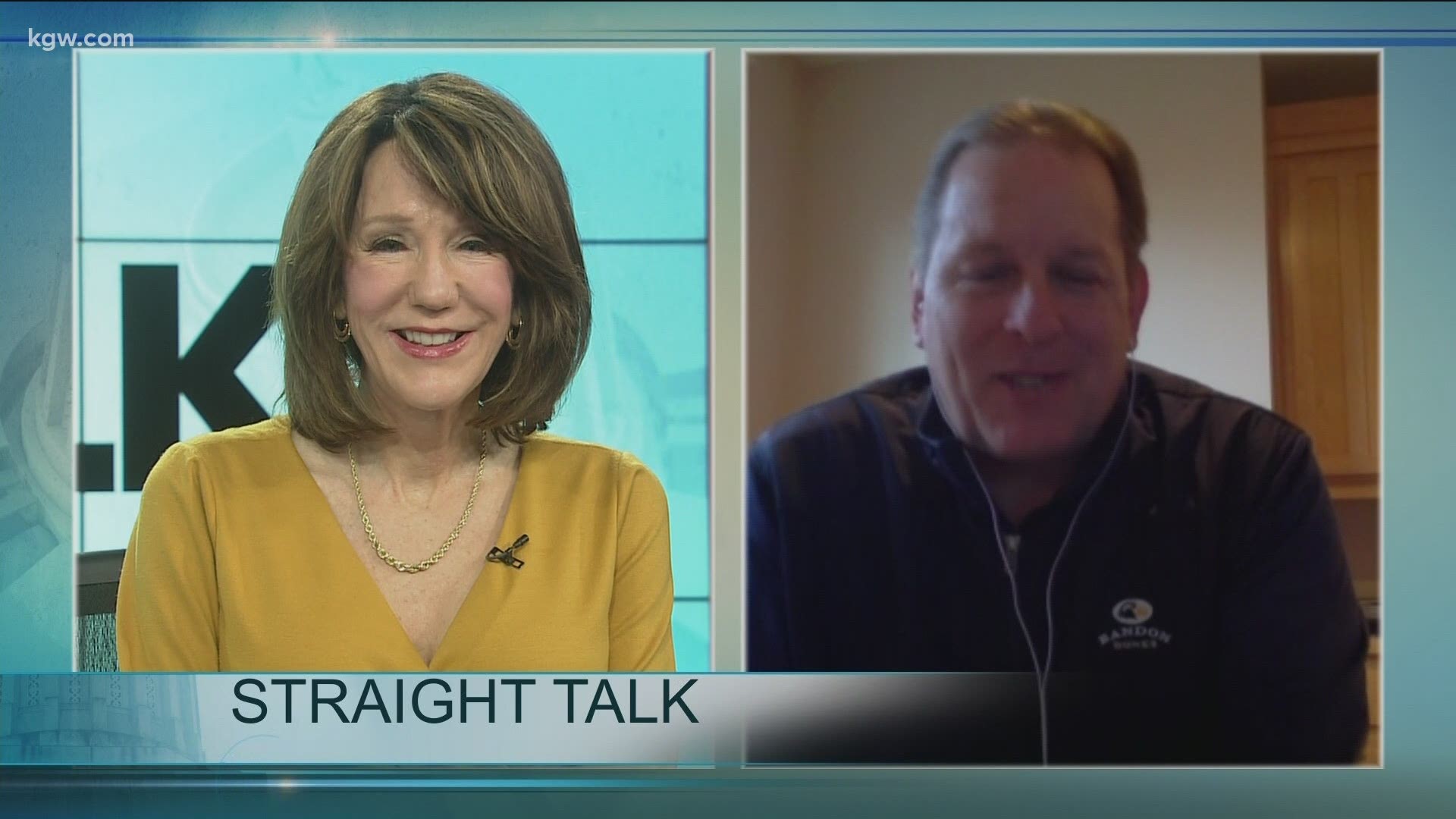 PORTLAND, Ore. — It's been nearly a year since the coronavirus pandemic forced a shutdown and schools to pivot to distance learning.

Students have now endured parts of two school years away from their classmates, teachers, and social and sports activities. And moving forward, some Oregon school districts aren't sure middle and high school students will be able to return to in-person learning this academic year.

Jeff Carr, the CEO of Albertina Kerr, which provides mental health services to young people, was a guest on this week's episode of KGW's "Straight Talk with Laural Porter" He said it's been a real challenge for children, adolescents, and their families.

"It's hard to believe we're only about six weeks away from it being a year that we've been living in this new reality. Kids are really struggling. The data shows they are," he said.

What the data shows

A survey by Mental Health America in September 2020 showed over half of 11 to 17-year-olds reported having thoughts of suicide or self-harm in more than half or nearly every day of the previous two weeks.

Also, data from Lines for Life, a suicide prevention group in Oregon, shows a 38% increase to their youth line from March to the end of 2020.

And while the Oregon Health Authority reports a slightly lower rate of teenage suicide-related emergency room visits this year compared to last, Carr said we are seeing some sobering trends across the country. He cited a New York Times article about a Las Vegas school district where 18 students have taken their own lives in the past year.

"I do think we as adults need to be really aware that kids are struggling, and stay connected to kids so that we can ensure we are tracking with them, and if they start to have those kinds of thoughts, we have a way to reach them and talk to them," he said.

Warning signs parents should watch for

Carr provided warning signs adults can watch for in young people that could be a sign they're dealing with mental health issues.

"Hopefully, parents have a pretty good idea and understanding and know their kids, so when you see sudden changes, whether it's eating or sleeping habits, or if they're normally a talkative kid and they start to withdraw, or isolating themselves; you want to pay attention to those," he said.

Carr said it's important for parents to regularly check in with their children to see how they're feeling. He knows firsthand how tough that can be sometimes.

Carr recognized that checking in with your child can be a difficult task.

"As a parent of two college-aged kids, that's hard," he said. "I don't think we get trained well in how to talk to kids, but I think it's the most important thing to do is check in with kids."

Carr gave an example of how a parent could open up that tough conversation by being transparent about their own feelings.

"This is really hard, isn't it? I'm really struggling sometimes. I feel depressed and don't want to get out of bed. It's hard for both of us. We have got to find ways we can encourage each other and sometimes I want you to encourage me, and I want to encourage you," he said.

Here are ways parents can help their children deal with isolation during the pandemic:

Carr said parents should seek professional help if those activities do not help their children within a week or two, or if their child expresses wishes to die

But, that help may be hard to get immediately. Parents who have sought help for their kids told KGW the wait to see a counselor or therapist is long. Brooke Higgs was able to get her son into a therapist this month after waiting three weeks for an appointment. Clinical psychologist Darci Walker with Core Parenting said many therapists are booked out six to eight weeks, if not longer.

Jeff Carr said the pandemic has exposed the youth mental health crisis that already existed in Oregon. Mental Health America ranked Oregon 47th when it comes to youth mental health. Oregon has a higher prevalence of youth mental illness and lower rates of access to care than all but three other states.

One of the reasons for the low ranking is the shortage of mental health professionals. Carr would like to see the state offer incentives to get more people to train to be caregivers, professional therapists, psychiatrists and child psychologists. And not just in the big cities.

"We need access not just in Portland, but particularly in rural Oregon where we just don't have the kind of resources for families who live there," he said.

He'd like to see state lawmakers consider more scholarships and loan forgiveness for people who choose the mental health field.

"If you think about student debt for professionals who have to get a bachelor's degree, and then a master's degree, and if you are a child psychologist, or psychiatrist, a doctorate's degree. By the time they finish the road of education to be a qualified professional, they have racked up significant debt," he said.

Carr also said he and others are working to raise the wages for daily caregivers at Albertina Kerr's psychiatric facility and other organizations.

"These are relatively low-paying jobs which sends a message we don't really value the folks who are on the front lines who are caring for our kids. So, increasing the wages for those people would be really important," Carr said.

Carr said the project was inspired by one of Kerr's employees who was experiencing homelessness. He learned about the situation when he asked one of Kerr's managers how she was doing.

"She said do you really want to know? And she told me we had an employee with five kids who was living in a tent," he said. "I couldn't believe we had someone who worked for us who was in that situation."

That started what Carr called the "odyssey" of building the project. He called it immoral that someone who worked for Kerr full time and caring for other vulnerable people would find themselves housing insecure and vulnerable, too. He also called it an existential threat to the social safety net.

"We rely on providers and organizations like Albertina Kerr to care for some of Oregon's most vulnerable citizens. If we have workers who are as vulnerable as the people they care for, that's a recipe for disaster for the thousands who rely on those caregivers," he said.

While Carr said they're working on lifting wages, those wages have not kept up with the cost of housing. He called the "Kerr Workforce and Inclusive Housing Project" an attempt to address that issue.

The project will include 30 universally accessible units for people who experience a disability. It will also be the largest net zero affordable housing project in the Pacific Northwest. It will produce more solar power than is necessary to operate the building and those benefits will be passed on to the residents.

"So everyone who lives in the property will have to pay no sewer, no water, no electricity. And they will have high-speed internet included. So, when they pay their monthly rent, they will have everything they need to live comfortably," Carr said.

Getting rid of the stigma around mental health

Carr said one of the most important ways to address the mental health crisis is to try to remove the stigma surrounding mental illness by talking about it.

"The more we talk about it, the more we normalize it," he said. "I like to say our brain is probably the biggest organ in our body and we don't have any fears of talking to someone about other organs in our body that need help. We should feel the same way about our brain."

Carr encouraged anyone who needs help to reach out.

"Everyone needs a little help sometimes. There's nothing to be ashamed of," he said.

Straight Talk airs Friday at 7 p.m., and Saturday and Sunday at 6:30 p.m. Straight Talk is also available as a podcast.