Straight Talk: How Inside Woodlawn teaches us about a lot more than a Portland elementary school

Inside Woodlawn explores gentrification, the impact of having teachers of color, and the fear of deportation inside an elementary. 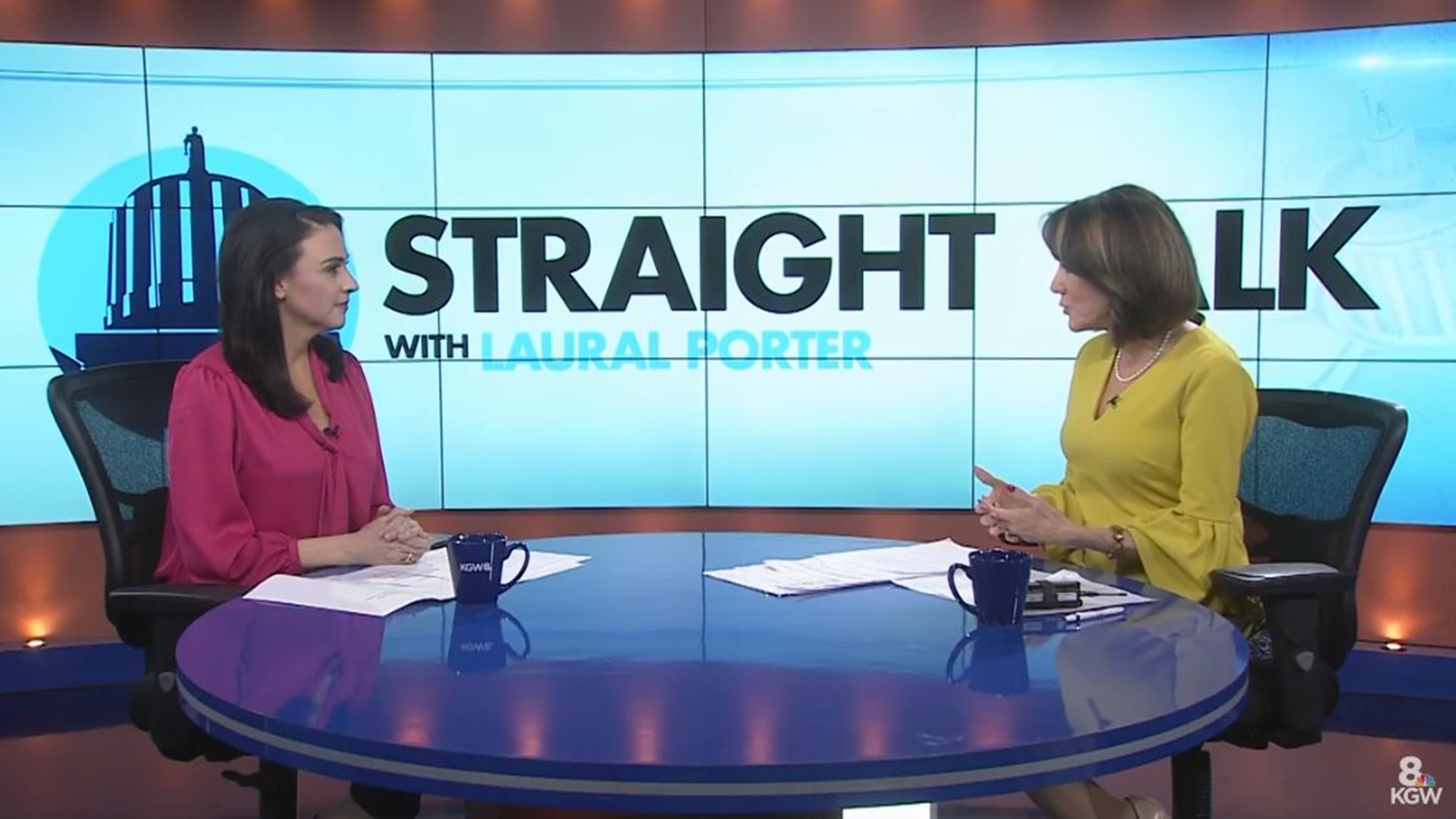 PORTLAND, Ore. — It's not often a local television station devotes a year to an education story, but that's what KGW is doing with its Inside Woodlawn project.

It's a project providing insight into not only education in Portland, but also the community's history and a glimpse at where it might be headed.

Severance joined KGW moderator Laural Porter for a recent Straight Talk episode to talk about the motivation behind the project, and what she's learned along the way.

The Inside Woodlawn project follows on the heels of Severance's in depth investigation, Classrooms in Crisis, in which she revealed how some students' disruptive behavior is impacting other students and teachers in the classroom.

"We did two dozen stories over seven months. Through the series, a lot of good happened. Laws were changed so teachers could handle disruptive incidents more effectively," Severance said.

Severance told Porter they felt pretty good about their Classrooms in Crisis coverage, until she saw a documentary produced by KGW's sister station, KARE-TV, in Minneapolis.

In the documentary, "Love Them First," KARE-TV crews spent a year inside Lucy Laney elementary school in North Minneapolis.

"I watched that documentary," Severance said. "And I cried. I told our bosses, there's so much more we can do. There are so many more stories that we need to tell," she said.

When KGW green-lighted the project, Severance pitched the idea to Portland Public Schools. She showed them the trailer of the KARE-TV documentary.

"I said, let us spend a year inside a school, telling their stories. I knew it was a long shot, but they said yes, you can do it," Severance said.

Portland Public Schools chose Woodlawn Elementary in Northeast Portland as the school where Severance and KGW crews could embed for the school year.

RELATED: Inside Woodlawn Ep. 1: One year inside a Portland elementary school

The school has a diverse student population. There are 328 students in the pre-k through fifth grade school.

Seventy-three percent of the students participate in the free or reduced lunch program.

Severance said when they first arrived at the school, there was a lot of skepticism about the project.

"The teachers' number one priority is the kids. They wondered, is this going to be disruptive to the kids or learning environment? But, after the first story, when they could see this is what we want to do, we want to tell real stories, everything changed," she said.

She said they've been able to build real relationships and called it an amazing experience to be in the classrooms and be around the kids.

In an early episode, Inside Woodlawn looked at how the school has tried to build a staff that looks more like the student population with more teachers of color.

"They call themselves two unicorns, because it's very unusual. It's unheard of in Oregon to have two black men teaching first grade," Severance said.

She told Porter having teachers of color not only benefits the students of color, who see someone teaching them who looks like them; but it also benefits the white students by giving them a different perspective.

"This is a big part of Woodlawn. It's the heart of the school," Severance said. "They are big leaders in this area."

Inside Woodlawn also told the story of how gentrification has changed the neighborhood and the school.

Many families of color have been priced out of the neighborhood and have had to move farther east.

Severance rode along to school with a mother and her daughter who travel nearly half an hour every morning to get to Woodlawn. The mother, Alicia, grew up in the Woodlawn neighborhood, but doesn't recognize much of it anymore. The stores and many of the churches have changed, and so have the people.

Severance said this project has given her a front row seat to how gentrification is changing the school.

"If you look at kindergarten through second grade, it's students of color and white students. But the upper grades are primarily students of color. Teachers tell me when today's kindergartners graduate from fifth grade, Woodlawn is going to be very different. The makeup of the school will be completely different than it is right now," she said.

For Severance, reporting at Woodlawn School has brought some unexpected moments.

She and photographer, Gene Cotton, were there when the school discovered one of its first grade students wouldn't be returning to the school after missing several days after Christmas break.

The student, Karen, started at the school as a kindergartner.

Now, in the first grade, she was a quiet, but well-liked student, and she'd just won an award for the student who'd made the most progress.

She and her Dad are from Guatemala. Her father had entered the country illegally and was going through immigration proceedings.

As he faced the possibility of deportation, Severance learned her father had sent Karen back to be with her mother in Guatemala.

Karen's sudden departure was emotional for many at the school.

"This is a story I didn't expect to be telling. When we started at Woodlawn, we wanted to look at all the challenges schools face and to tell the deeply personal stories, but I did not imagine telling this particular story," she said.

Severance said this story, though, isn't unique to Woodlawn. Portland Public School officials told Severance this type of situation is a common occurrence at schools throughout the district.

Following the Inside Woodlawn story on Karen, many viewers wrote KGW wanting more information about the district's policy on educating undocumented students.

As for what's next for Inside Woodlawn, she doesn't know.

She has ideas for stories she'd like to do; maybe one on kindergarten, is it too hard? Perhaps, a story on the hot-button issue of testing, but she says they don't really know yet.

One thing she does know is that it's going to be tough when the school year comes to an end.

"I don't even like to think about it. The kids, they're the best. They are so honest, they're so fun. And they're so smart," she said.  "It's going to be so hard to say goodbye."

Viewers can see all of Cristin Severance's Inside Woodlawn episodes on KGW's YouTube channel.

It's also available as a podcast. 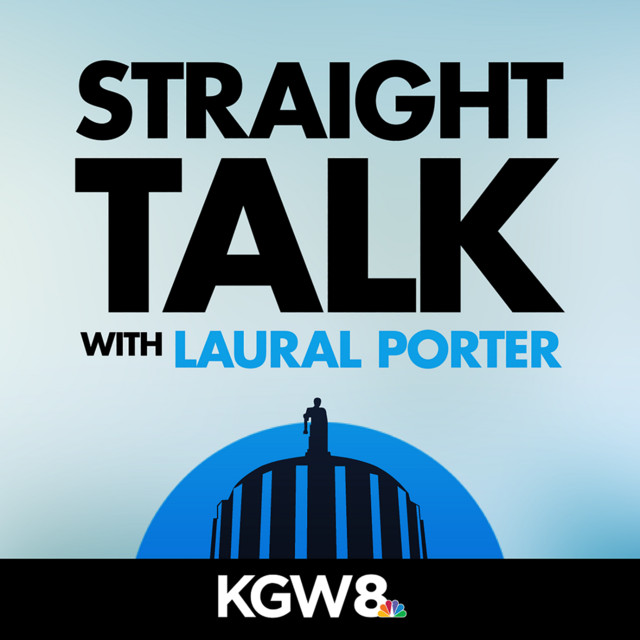