Portland Commissioner-elect Dan Ryan said he'd like to invite protesters to sit at the table and help come up with solutions. 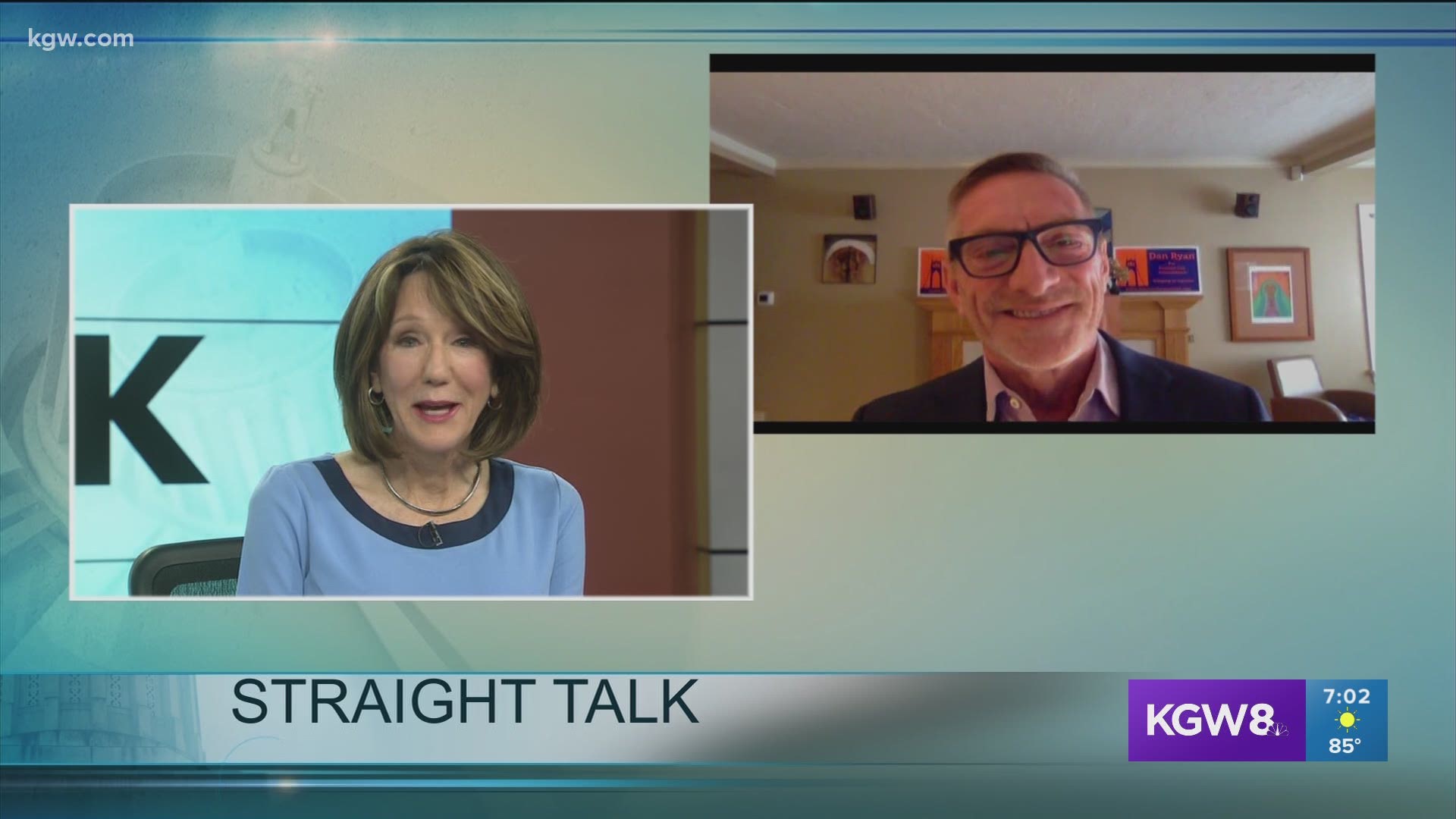 PORTLAND, Ore. — The newest member of Portland's City Council is calling for a peace summit to help bring a peaceful resolution to protests that have continued for 11 weeks in the city since the killing of George Floyd.

During a taping of this week's Straight Talk, commissioner-elect Dan Ryan said he'd bring people together with different values and styles, including protesters who have engaged in both peaceful protests and demonstrations that have, at times, become more destructive and violent.

"I think it's important we listen to them," he said. "I want to hear what is really going on in their heads, why, in fact, they're going to such measures. Because if we don't include their voices, we won't be very successful."

He'll join the city council sometime in early to mid-September, after the election results have been certified.

He said he looks forward to working with his new colleagues as a team to make a peace summit happen and to be a model for the nation.

"The truth is we're kind of in an epidemic in this country and people aren't listening to one another," Ryan said. "Everyone just wants to be heard, but no one is connecting. It's time for us right here in Portland to demonstrate what that looks like."

When asked about some of the more destructive and violent demonstrations involving a smaller group of protesters, Ryan said he doesn't condone violence or anything that could be life-threatening.

"I can speak with a clear consciousness on that," he said.

However, he also spoke out against the police use of force at the protests.

"We know when force and force go together, it causes more destruction. We have to continue to look at what kind of de-escalation skills could be in place," Ryan said.

When pressed on the specific violent actions of some protesters, Ryan instead said he wanted to take action and try something different.

His message to protesters engaged in the more aggressive tactics is to come to the table and work towards solutions and compromise.

"My message would be please tell me what success looks like to you," he said. "Because it's a lot easier to destroy things than to build things. It takes more courage to be a part of building something."

RELATED: Peaceful night in Portland with multiple demonstrations across the city

Ryan sees himself as a bridge builder in much the same mold as his predecessor, the late Commissioner Nick Fish, largely seen as a diplomat who worked behind the scenes at city council to build consensus.

I feel like I am going to slide right into that same spirit. So, it means a lot to me to fill those shoes,” he said. 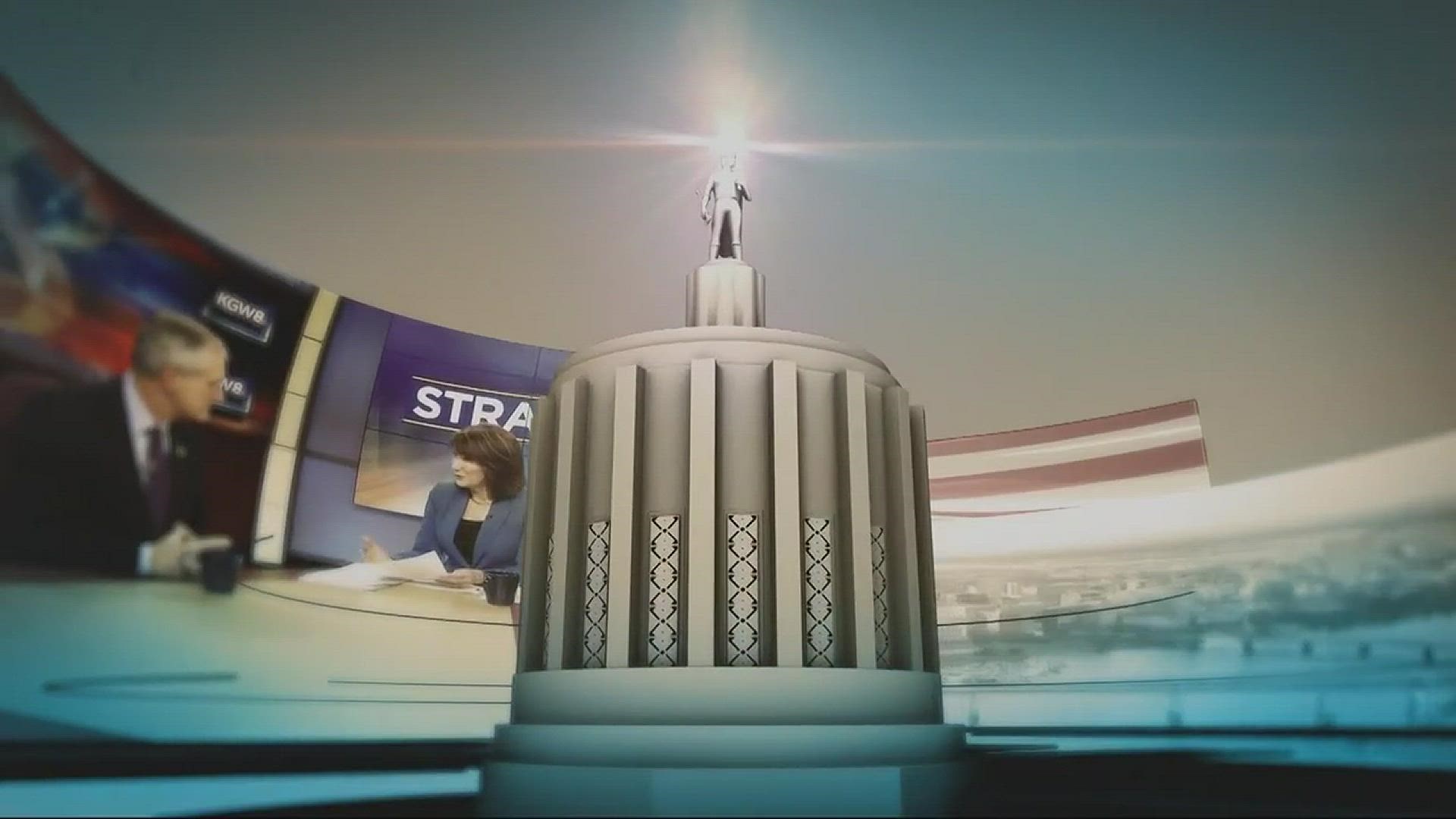 July was an especially deadly month in Portland with 15 homicides, a 30 year high. The city also saw 99 shootings, compared to 35 the year before.

“Our community is being devastated” said Joe McFerrin, CEO of Portland Opportunities Industrialization Center. "We do not want to live in a community where parents are scared to let their children go outside and play."

“We must reimagine public safety. We must do it now,” he said.

On Straight Talk, commissioner-elect Ryan said he didn’t think the spike in violence can be attributed to the elimination of the Portland Police Bureau’s Gun Violence Reduction Team.

The city council voted to disband the team in June and the officers on the team were reassigned to patrol.

He blames the spike on a nationwide epidemic of gun violence he thinks is caused in part by the trauma brought on by the pandemic.

“This COVID lockdown that’s been taking place for some time and the economic devastation connected to it is a factor, and it’s causing conflict in our streets. So, we all need to come together and recognize that,” he said.

Ryan emphasized de-escalation training skills as one way way to address the violence.

Another, he said, is community policing and he looks forward to having a dialogue with Police Chief Lovell about how it can work in Portland.

“The chief has mentioned he’s supportive of community policing, and I believe him,” Ryan said.

He would like to see the city model its community policing after programs established in places like Camden and Newark, New Jersey that have made structural reforms to their police departments with foot patrols and community interventions.

“They walk the streets unarmed with neighbors. They get to know their names and start to have relationships," Ryan said. "When you start having relationships with people, you really can’t act in a way that’s violent.”

Getting through the COVID crisis

Ryan believes the city and nation have only begun to see the economic devastation the COVID-19 crisis will cause.

He pointed to friends in the hospitality, entertainment and music industries who haven’t made money since the pandemic began in mid-March.

“It feels like a tsunami, if you will, in terms of the pandemic coming together with something that might be bigger than the Great Depression,” he said.

He believes the city is going to have to go into an emergency budget scenario and figure out what that looks like.

He would like to see the city and county work together and find ways to merge services.

“We can’t depend on Washington, D.C. It’s challenging sometimes even to get help from Salem,” he said. “The city of Portland and county are really going to have to come together to figure out how we’re going to survive this.”

And finally, being a Blazers fan

Dan Ryan is a long-time Portland Trailblazer fan and is watching the playoffs in the NBA Bubble in Orlando closely.

“Let’s do this Rip City. We need Rip City joy in our city right now, don’t you think?”

A lot of Portlanders would agree.