Fish, who was re-elected in 2018, gave an update on his health and talked about his legislative goals for the new year during a Friday taping of KGW’s Straight Talk with Laural Porter. 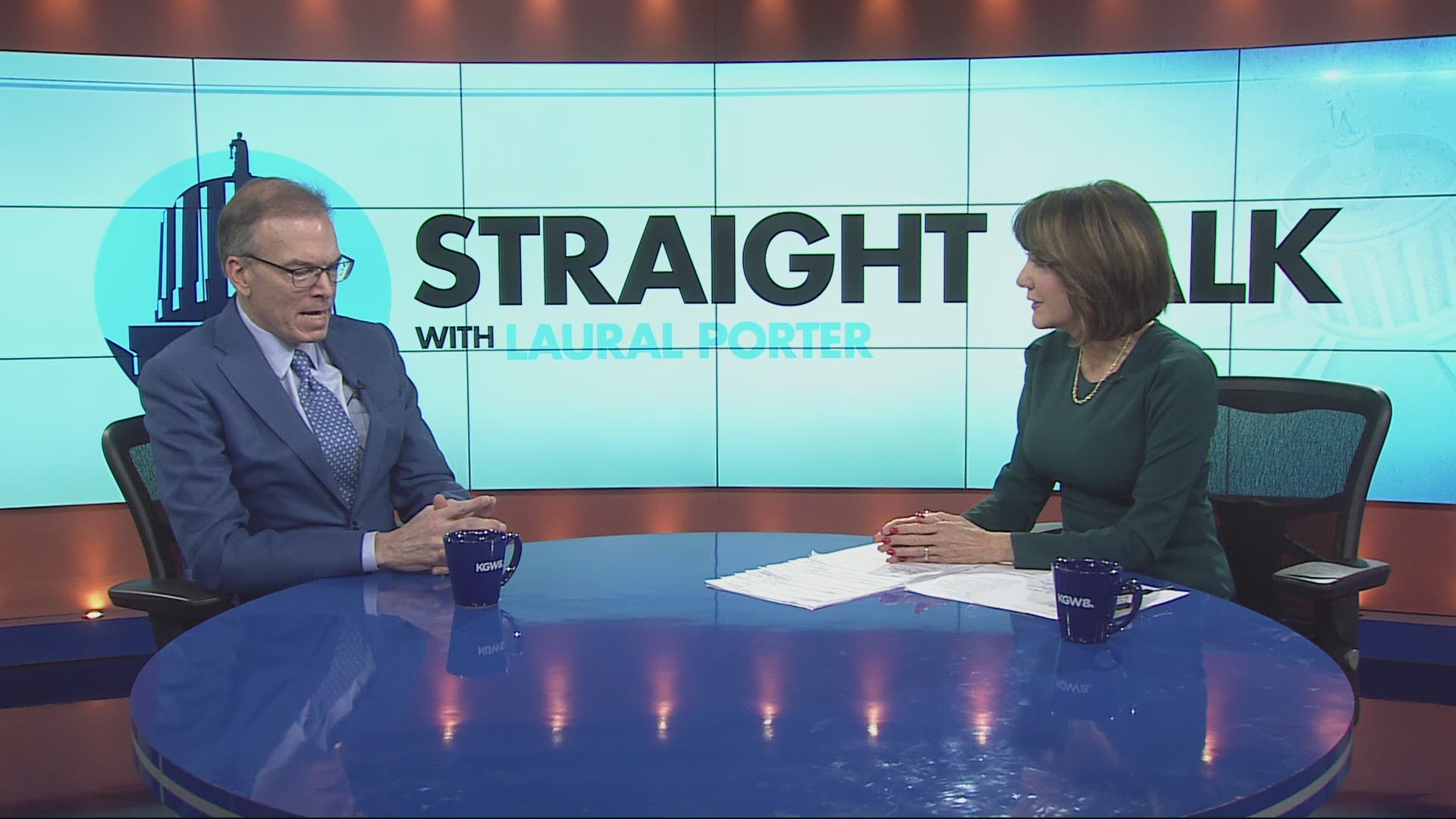 PORTLAND, Ore. — Nearly a year and a half after he revealed his diagnosis, Portland City Commissioner Nick Fish said his stomach cancer isn't slowing him down.

Fish, who was re-elected in 2018, gave an update on his health and talked about his legislative goals for the new year during a Friday taping of KGW’s Straight Talk with Laural Porter.

After learning of his diagnosis, Fish said doctors told him battling cancer would be a marathon. He admits, that at first, he probably fought the illness like he was running a sprint.

“I was hoping that this thing would be over sooner rather than later,” Fish said. “But it’s been an interesting journey and I’ve learned so much about myself.”

Fish said the lessons he's learned are simple, and cliché. Lessons like living in the moment.

Fish said the only thing that slows him down is chemotherapy. He said he has to check out for a couple of days and recover following treatments. Once he’s recovered, Fish said he’s able to work long days.

“I’m blessed. I have great doctors and nurses and practitioners. I have a strong and solidly supportive family and group of friends. I have a job I love. And I think all those things have helped me get through this phase of my treatment,” Fish said.

“I think we’re better off when we share information, and therefore, for me, it’s a no-brainer,” Fish said.

Fish also voiced support for Mayor Ted Wheeler. He thinks Wheeler will run for re-election in 2020 and hopes Wheeler can provide stability to the position after three consecutive one-term mayors.

“I think it’s in our collective best interests," Fish said.

When asked if he would consider running for mayor should Wheeler choose not to, Fish said that's not something he's focused on.

"That's obviously something to aspire to. But I'll be brutally honest with you, I think about each day as the gift in my life. How can I make the most of it? How do I balance my illness with my public service? I really don't give myself much room to think long term," Fish said.

As for what’s to come in 2019, Fish thinks there will be three statewide priorities that align with the council’s agenda: More money for affordable housing, a focus to curtail no-cause evictions for renters, and a potential cap on rent increases.