Four wines to pair with your trick-or-treat candy

Who says kids get to have all the fun on Halloween? After they go to bed on this festive holiday night it's time for the parents to raid the candy bag. 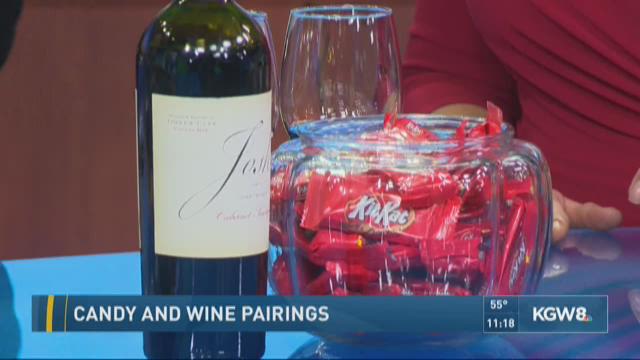 Who says kids get to have all the fun on Halloween? After they go to bed on this festive holiday night it’s time for the parents to raid the candy bag.

But what wine to pair with the sugary treats?

When it comes to paring wine with sweet food, like candy, the general rule of thumb is to have a wine that is a bit sweeter than the candy or the wine could end up tasting bitter and unpleasant. But this is hard to detect on a wine because the bottle gives little to no indication on how sweet it is. Your safest bet is to stick with a dessert wine (like a Port or port-style wine, ice wine, late harvest wine, or other wine high in residual sugar). Since Halloween candy is so high in sugar you want to match those flavors and intensity.

But, hey, it’s Halloween! It’s a fun, festive holiday and we shouldn’t take ourselves too seriously. And at the end of the day the truth about wine pairing is that it’s really about drinking what you like, and we have a few recommendations that all fit the bill!

I think everyone has a love/hate relationship with candy corn. You either love 'em or hate 'em. I, personally, am on Team Candy Corn! In this pairing we have the candy corns, which are sweet with lots of vanilla flavors and a creamy texture, paired with an oaked Chardonnay. The key here is that oak aging that gives the wine some sweet vanilla notes and a creamy full body that will really compliment the similar characteristics found on the candy.

This one isn’t one of those powerhouse Cabernet Sauvignons with huge, dry tannins built for a steak. Instead, this is a really approachable and fruity wine with some sweetness and vanilla bean flavors from the barrel toast. That’s going to play well with those toasty flavors from the sweet crunchy vanilla wafer nestled inside the Kit Kat.

This is probably my favorite pairing, because it does attend to those “rules” of a high-sugar wine complimenting an equally sugary dessert. This is a “port-style” wine. It’s not a true Port since it’s not from Portugal. Instead it’s from Oregon -- From R. Stuart & Co. based in McMinnville (with grapes from Washington State). But it’s made in a similar style as a Tawny Port, barrel aged for several years giving it some toasty, caramel notes along with some deep dark cherry flavors. This one really mimics those flavors found in a Snickers with layers of salty peanuts, savory caramel, and sweet chocolate. This one also is a great match for a Twix with it’s similar caramel and sweet wafer.

But if you’re all about the Halloween theme and want to go 100 percent Halloween-mode there’s Hob Nob Wicked Red wine, a limited edition wine made just for the holiday. It’s really a fun, fruity, and festive wine that tastes like chocolate covered cherries when you pair it with M&M’s.

Mary Cressler is a wine, food and travel writer, and founder of Vindulge Wine Education & Consulting.