26-year-old Jack Hogan was paralyzed after a car accident. Thanks to volunteers, he'll return to a home that will be accessible while he continues his recovery. 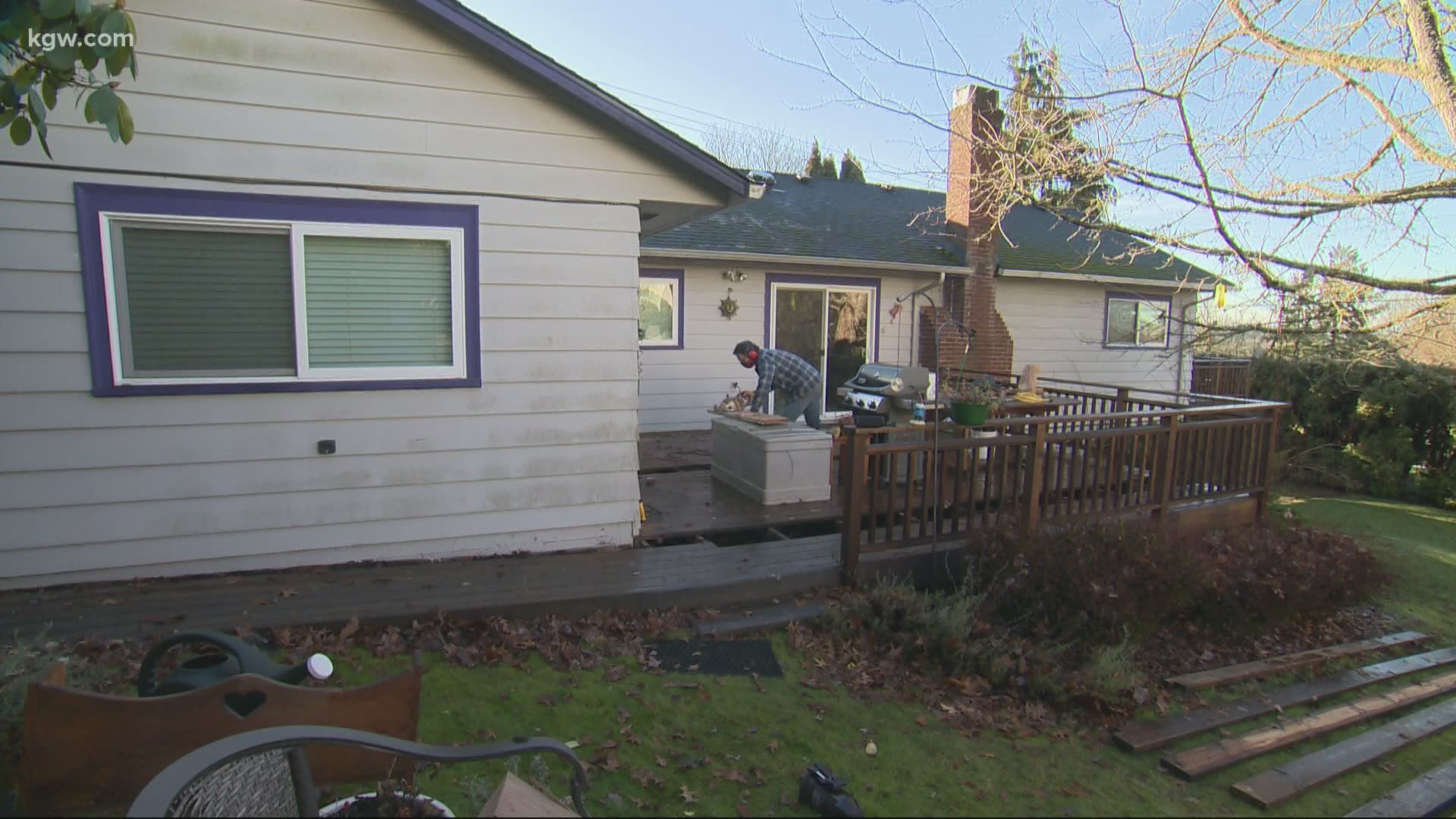 A Portland man will be coming home to an Americans with Disabilities Act (ADA)-compliant home after he was involved in a car accident that left him paralyzed.

Back in October, Jack Hogan was returning from a weekend camping trip with friends when an accident on a gravel road caused the car he was in to roll several times, leaving him with broken vertebrae and paralyzing him from the chest down.

“He has some movement in his arms, he doesn't have movement in his hands or fingers yet. We're hoping that that will happen,” said Jack's uncle Paul Hogan, the principal of Jesuit High School.

Because of the accident, Jack is in a 400-pound electric wheelchair. His family’s Multnomah Village home needed some changes to accommodate the new challenges.

Over the past few weeks, friends, family, even subcontractors donated time, materials and labor to help while Jack rehabs in a Denver hospital. He’ll return in early January.

“The whole inside of the house has already been rehabbed,” said Paul. “Everything had to be changed and it happened in less than a month, which is kind of a miracle, really.”

“2020 has been a really rough year, and it's been tough on our family obviously with Jack's injury, but I think that this project demonstrates the essential good of humanity,” he added.

Neighbor and friend Greg Chase helped coordinate the project and jumped at the chance to help.

“You're pulled to do stuff for people that when they have such a huge life changing event. You know, you’ve got to support them,” Chase said.

Jack is making slow progress, but he’s focused on the process and his own rebuild. Paul is encouraged to see so many people rally around his nephew.

“Makes me hopeful for his future,” he said. “Jack's determined to get back to work someday and regain his independence, but for right now he needs a lot of help from a lot of people and they've really stepped up.”