14-year-old Simmi Sen's creation is only a prototype, but it's already getting some recognition from tech giant Apple. 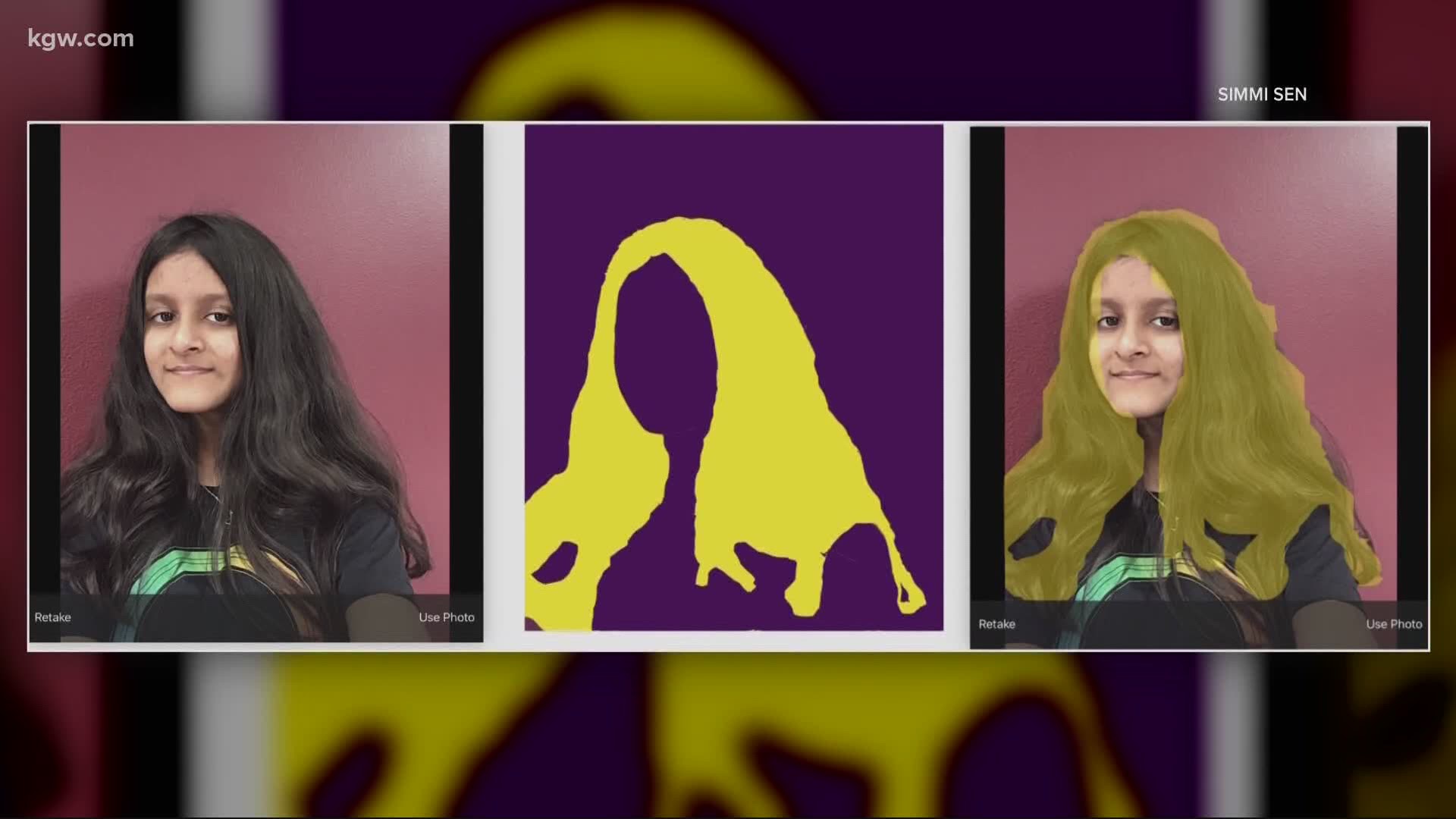 “I go to Rubik's cube competitions and I can solve a three-by-three, four-by-four, or five-by-five,” she said. “And I was a bit surprised I thought that was pretty fast, but everyone else was solving in and under fifteen seconds, which I thought it was really cool.”

Her average solve time has gone from an incredible 55 seconds to an unbelievable 10 seconds. She showed off her skills Thursday for the camera, and no big deal, it only took her about 18 seconds.

If Simmi isn’t focused on a cube, she’s thinking outside the box.

“Besides doing Rubik's cubes I also like doing digital art…so I learned how to do digital art by myself on YouTube.” She then prints her art on shirts of her own clothing line.

Last year, she even went to Bangladesh to help kids learn English and showed them the basics of using a computer. It’s hard to believe that Simmi hasn’t even reached high school yet.

Just like the cube that’s so defenseless in her hands, her wheels rarely stop turning.

“During this quarantine, we've been practicing social distancing, which means that we can't go to the salon to dye hair,” said Simmi. “So, I wanted to create an app where basically you take a selfie and then it takes your selfie and it changes your hair color to a more fun and bright color. And then you can see how you look.”

The app she created is a prototype called Eliza Virtual Hair Assistant. She sent her idea to Apple’s Swift Student Challenge, where student developers can showcase their coding skills, yet another thing she does. The challenge is part of the tech giant’s annual Worldwide Developer Conference (WWDC) where all the new products are unveiled.

If her app is selected, it could wind up in the app store someday. Even if it isn’t, Simmi encourages others to pursue the world of STEM.

“There’s so much you can create and do,” she said. “It’s just something that can bring us all together.”

RELATED: Colorblind designer sees full spectrum of his work for the first time