Teenager sews more than 1,000 stuffed animals and quilts to help others

Lucy Crouse learned to sew at an early age. But she really got excited about it when she decided to donate to worthy causes like Legacy Salmon Creek Medical Center. 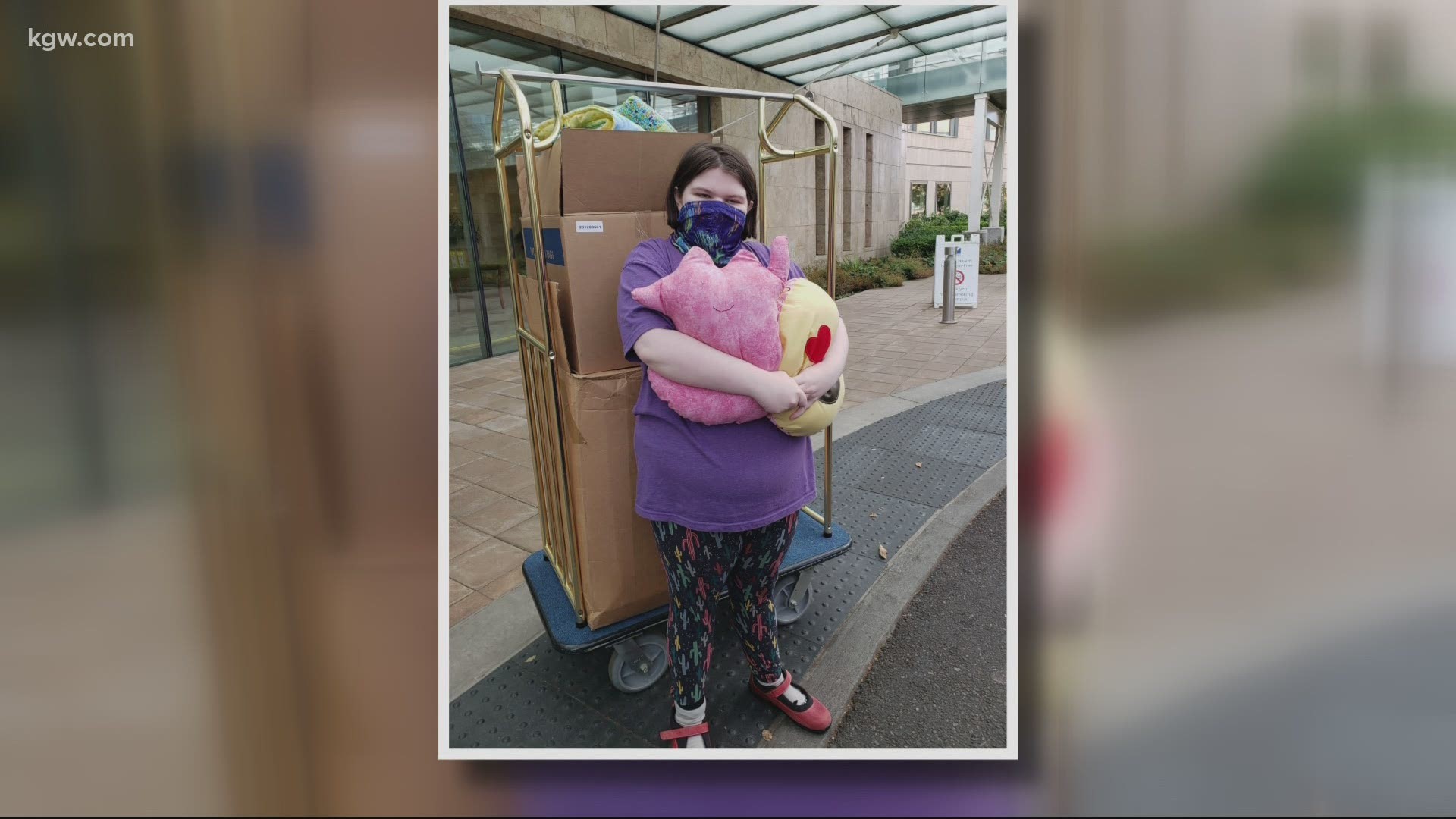 VANCOUVER, Wash. — Lucy Crouse loves to sew. She started at age 6 and her mom says by age 9, she’d found a sort of calling.

“When she had the idea to make things to donate is when she really got into it,” said Holly Crouse, to which Lucy responded, “Yeah, now I feel like zipping away!”

Lucy, who has autism, used to think her kindness might make her weak.

"But then I realized that my kindness is what makes me stronger,” said Lucy.

Lucy's strength has led her to sew more than 1,000 quilts and stuffed animals to donate to worthy causes over the past four years.

“She just has great ideas and we've always said she's like a girl with 10 hearts in one,” said Holly.

With the help of her mom and grandmother and sometimes some friends, she's spread the love of warmth and comfort.

Her most recent donation went to Legacy Salmon Creek Medical Center. It was a big one. Shirley Gross works with the hospital's foundation, and accepted the donation.

“She said I'll be there, but you better have a cart because we've got 150 stuffed animals and quilts,” Gross said with a laugh.

“It gives you hope to know that there are young people who I think extraordinarily think outside themselves, to be able to think about other kids,” said Gross.

The teenager decided to donate to the hospital, after going to the emergency room suffering from an allergic reaction.

“They didn't have any 'stuffies' to give so I was thinking, wouldn't it be wonderful if someone could make some for them? Then I just decided to start sewing for them,” said Lucy.

Lucy's giving got her in a book titled Unselfish Kids. She earned a spot because of who she is.

“If there’s any chance she can do an act of service, whether it’s really small or really big, she just jumps on it," said Lucy’s mom. "So, we just try and find ways to support her and so she can get these big ideas and make them happen.”