On Wednesday, 40 physicians, including a Portland OBGYN, will hand over their social media accounts to 40 Black female physicians. 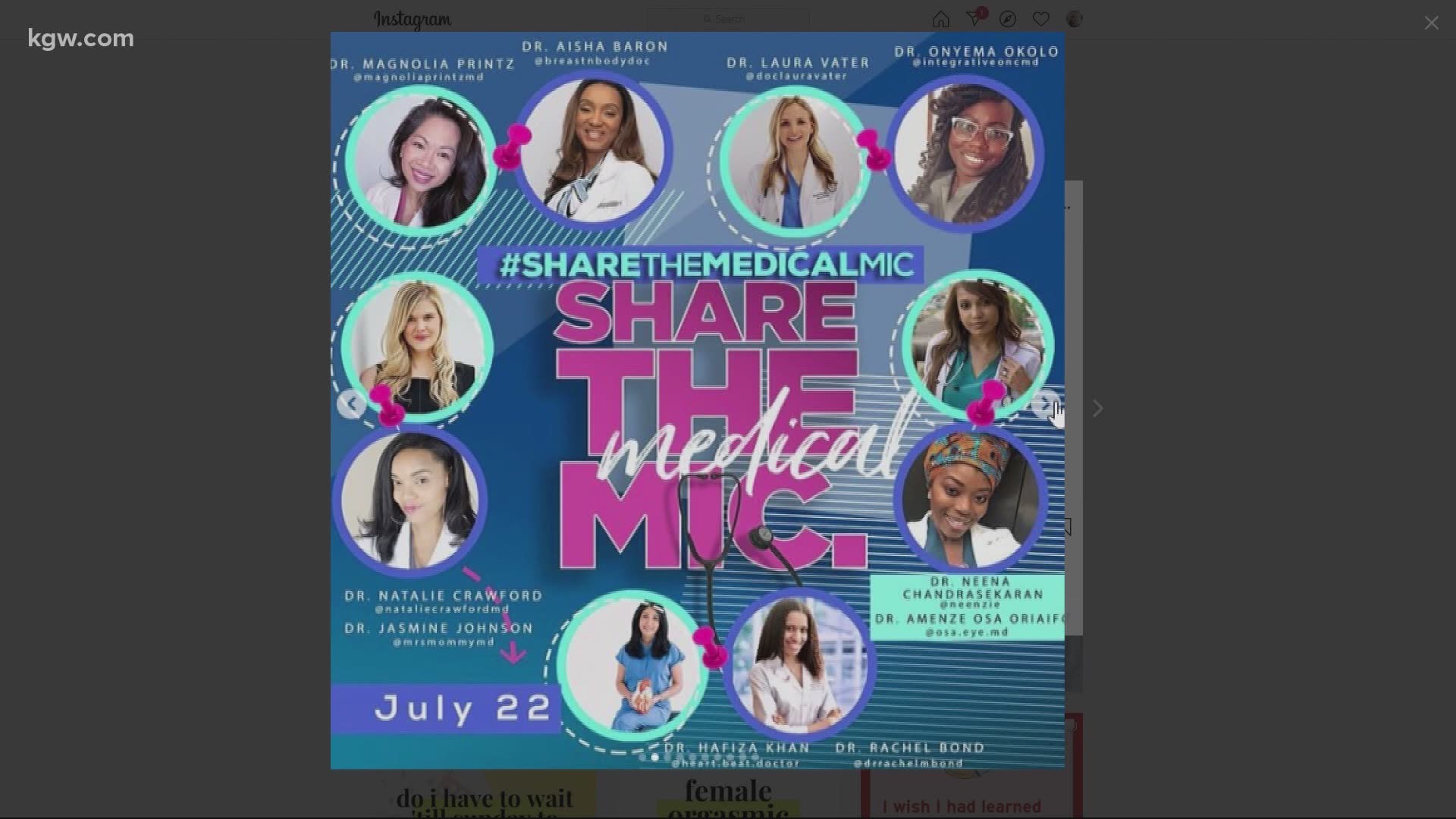 PORTLAND, Ore — A Portland doctor is lending her social media presence to an effort that highlights the voices of Black women in medicine.

This week OBGYN Dr. Jennifer Lincoln will turn over her Twitter and TikTok accounts as part of a national campaign called #ShareTheMedicalMic.

"Maybe that seems silly and you might say, 'Well, it’s just social media,'" Dr. Jennifer Lincoln said. "Well, your thoughts are what you see. So, make your feed what this world looks like – which is not just people who look like you and people who believe the same things as you – but diversify it and learn from that."

In June, celebrities started a new initiative on social media called #ShareTheMicNow to amplify Black voices in Hollywood, handing their accounts over to them for a day. Now, two physicians are bringing that effort to their field.

Dr. Renee Paro and Dr. Lauren Powell created the campaign for Black voices in medicine as we still see disproportionate numbers of health conditions and deaths that affect the Black community, according to Dr. Lincoln.

"These women we are featuring are amazing," said Dr. Lincoln. "They are leaders in their communities, leaders in their field. A lot of them are mothers and are juggling so many things and I think that they deserve this recognition."

A few years ago, Dr. Lincoln saw the positive impact female physicians could make by connecting with people online. Now, with more than 45,000 Instagram followers and 780,000 followers on TikTok, she uses her social media presence to talk about important issues of women's health and racism.

"In this day and age, we are realizing how siloed we are and if anything in the past two weeks has shown us – it's that we need to be listening to all voices. This is not a new narrative, but it's a narrative that we need to bring into the mainstream, and we need to get out there," she said. "And so, we're giving them the mic. We're giving them the accounts and saying, 'Okay, get your voice out there. Say what you need to be heard' so that they can expand their audiences and speak to what they want to."

Only about 5% of doctors in the United States are Black and about 2% are Black women, according to the Association of American Medical Colleges.

Dr. Lincoln hopes the #ShareTheMedicalMic initiative will shed light on this disparity and others. She knows the world of social media can be a divisive place but says it can also be a force for good.

"The positives, when it comes to these communities of underrepresented groups [is] the ability to connect and see that you're not alone and amplify that is amazing," she said.

A fellow OBGYN, mom and media personality, Dr. Shepherd and Dr. Lincoln have a lot in common. They hope to soon share a wider audience as well.

"We get to, kind of, expose each other's audiences to both of us because we both have so many similarities, but the differences too are important, and I love that because it makes us unique," said Dr. Lincoln.