Strawberry Pickles sold her home to stay open. It's her way of helping artists and the 'Portland Weird' legacy synonymous with the city's identity. 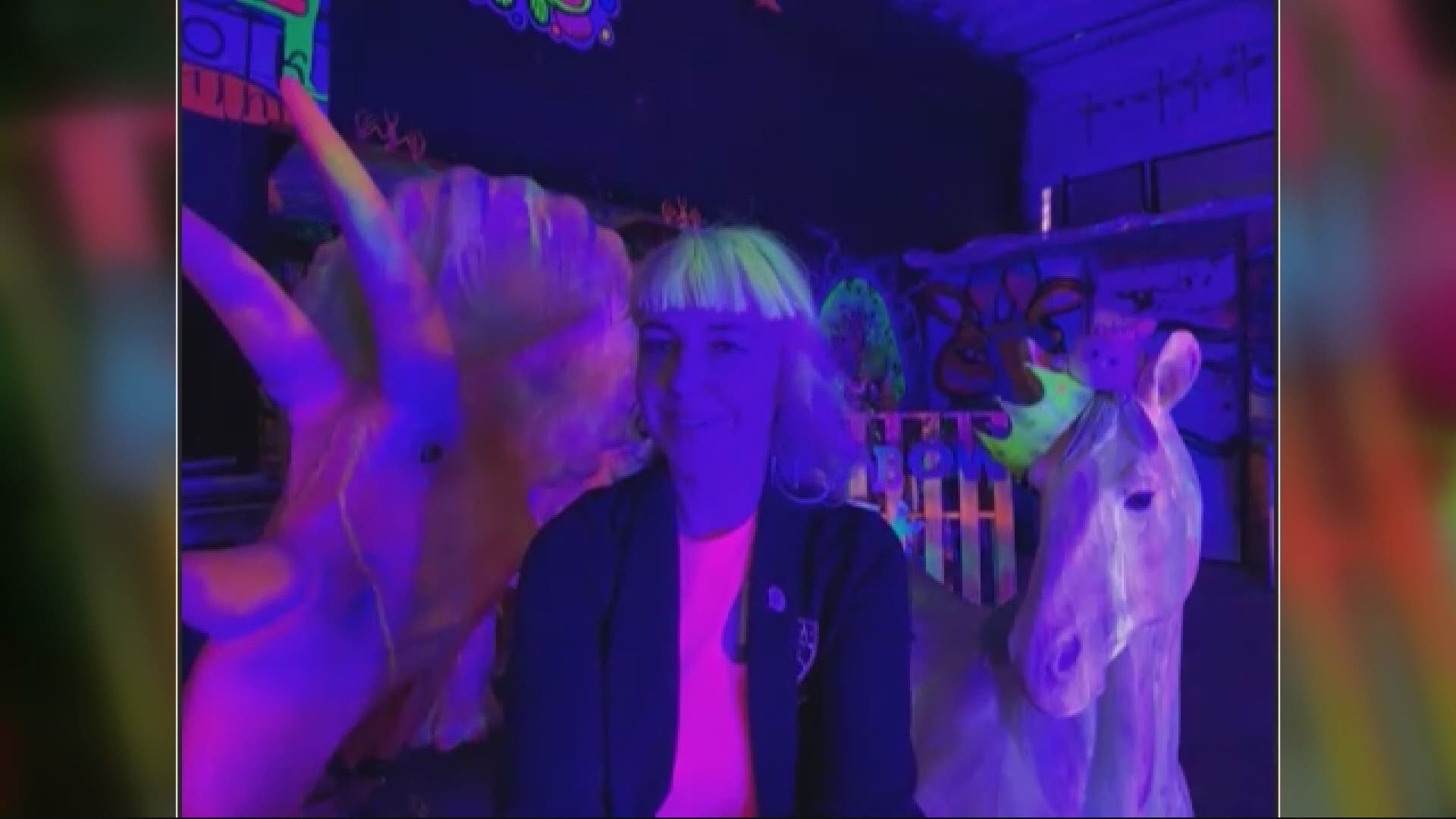 PORTLAND, Ore. — Strawberry Pickles is committed to the Portland art scene, selling her home to save the eccentric community part of the city she fell in love with.

Rainbow City is an art gallery and venue space located in Southeast Portland.

"We opened a few months before COVID and I sold my house to do it," Pickles said. "Then COVID hit and just stopped us in our tracks because we're a venue too. We're all DJs and music makers and producers."

Like many other businesses, she had to adapt after the pandemic started. She had always wanted to create a place where artists and creators could a full-time job from their work.

A year ago in February 2020, she opened the space to play music, as a practice space, a place to just create art. Pickles said things took off from there and it became this huge networking collaborative beast of its own with local artists.

Credit: (Courtesy: Rainbow City)
Local artists can collaborate at Rainbow City in Portland or contribute their own artwork to the space for sale.

During the shutdown, Pickles said the venue switched to live streams hosting artists who were out of work for them to get donations.

Now, the pseudo-art-collective museum has evolved for COVID-friendly events such as the Sword Society every Tuesday where people can play with lightsabers.

Pickles even added food carts outside. People can walk through, look at art, or purchase wares from local creators and vendors. There are also rotating events throughout the week. The Rainbow City Facebook page lists upcoming events and hours. They have game nights, ecstatic dance, and do yoga as well.
There are exhibits all around and Pickles said she has hosted at least 80 artists, helping the quirky creators that have made the city known for its oddities and art culture.

Pickles herself has lived in Portland for over a decade and remembers her teenage years fondling exploring all the weird Portland had to offer.

I grew up in Portland," Pickles said. "My most meaningful teenage years were in the '90s there were the most magical places you could stumble upon."

Fast forward to present day and the brainchild for Rainbow City began. Pickles said Weird Portland United has been endlessly supportive of her endeavors.

"People from those days in Portland come in and can sense I've kinda recreated that, Pickles said.

Everything Pickles has ever had in her whole life lies in Rainbow City now.

She said she wants others to know there's a different way, "You can have an outlet and do amazing things for the community and with the community."

Pickles adds her artistic flair to the venue as well, she jokingly said, "I do super abstract brightly colored art if you couldn't tell."

During a reflective moment she said it's important for her to do what she loves because "you can make great money but not be happy at the end of the day," Pickles said. "Art really saved me."

She can see see the light in other people when they visit Rainbow City too.

"I like to think of us as these candles and if you see someone burning out you just go around and light them back up," she said.

"And it works, you can see it in action here. It's beautiful really."