Portland woman connects with international nonprofit to save stranger's life

When Natalie Maestretti found out she was a match for someone battling leukemia, not even February's winter storm could stop her from traveling to Seattle to help. 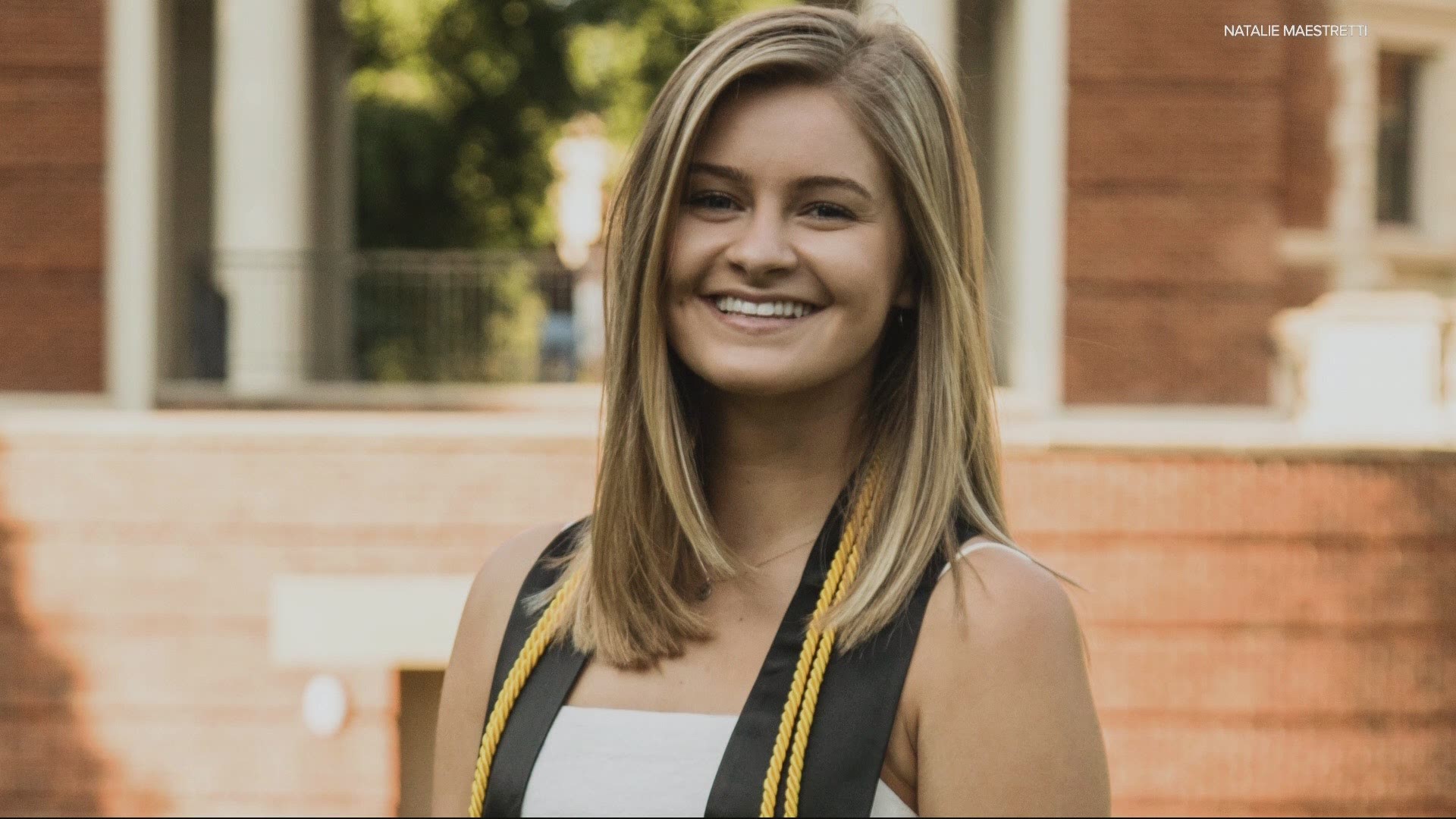 PORTLAND, Ore. — An American is diagnosed with blood cancer about every three minutes. Koren Karlovic is a donor recruiter for the nonprofit DKMS. It started in Germany in 1991.

“It is the acronym, that is essentially the national bone marrow registry in German,” said Karlovic.

It’s now global, focused on education, building awareness and getting people entered into an international database. A person is eligible for the registry once they turn 18.

“The logical place to be is on college campuses,” Karlovic said.

“I think it was my junior or sophomore year of college,” said Natalie Maestretti, of Portland. “DKMS had a station setup in our Memorial Union, and my friend and I were just walking back from class one day. And they were like, ‘Hey just a quick cheek swab, would you be willing to sign up?’”

Maestretti graduated from Oregon State University in 2019. She vaguely recalls the day she signed up.

“In 2017, Natalie did step forward at a blood drive we pair with the American Red Cross,” Karlovic said. “It’s really simple, a swab of the cheek, just looks like this,” Karlovic demonstrated with a swab in her inner cheek.

It only takes about a minute to collect a sample of stem cells. It was almost four years later that Natalie received an unexpected call in early February saying she had come up as a match. She made a trip to Seattle for more testing and a physical exam. Doctors confirmed her stem cells would be a match for a patient fighting leukemia. Two weeks later, she went back to donate during last month’s winter storm.

“There's so many people out there who I know just want to get involved and who would love to be a part of something like this and love to donate. They just have no clue it even exists,” Maestretti said.

Becoming a donor is simple. You can order a swab kit at DKMS.org. Seventy percent of people with blood cancer will have to hope for a donor outside their family. DKMS says those of mixed or diverse heritage are underrepresented on the registry.

“It's not a solution that can be found from a pharmaceutical side of things and so it's really tapping into getting people aware of how easy it is and how necessary it is,” said Karlovic.