The display is a continuation of a previous ripened banana display that sat in the windows for months. 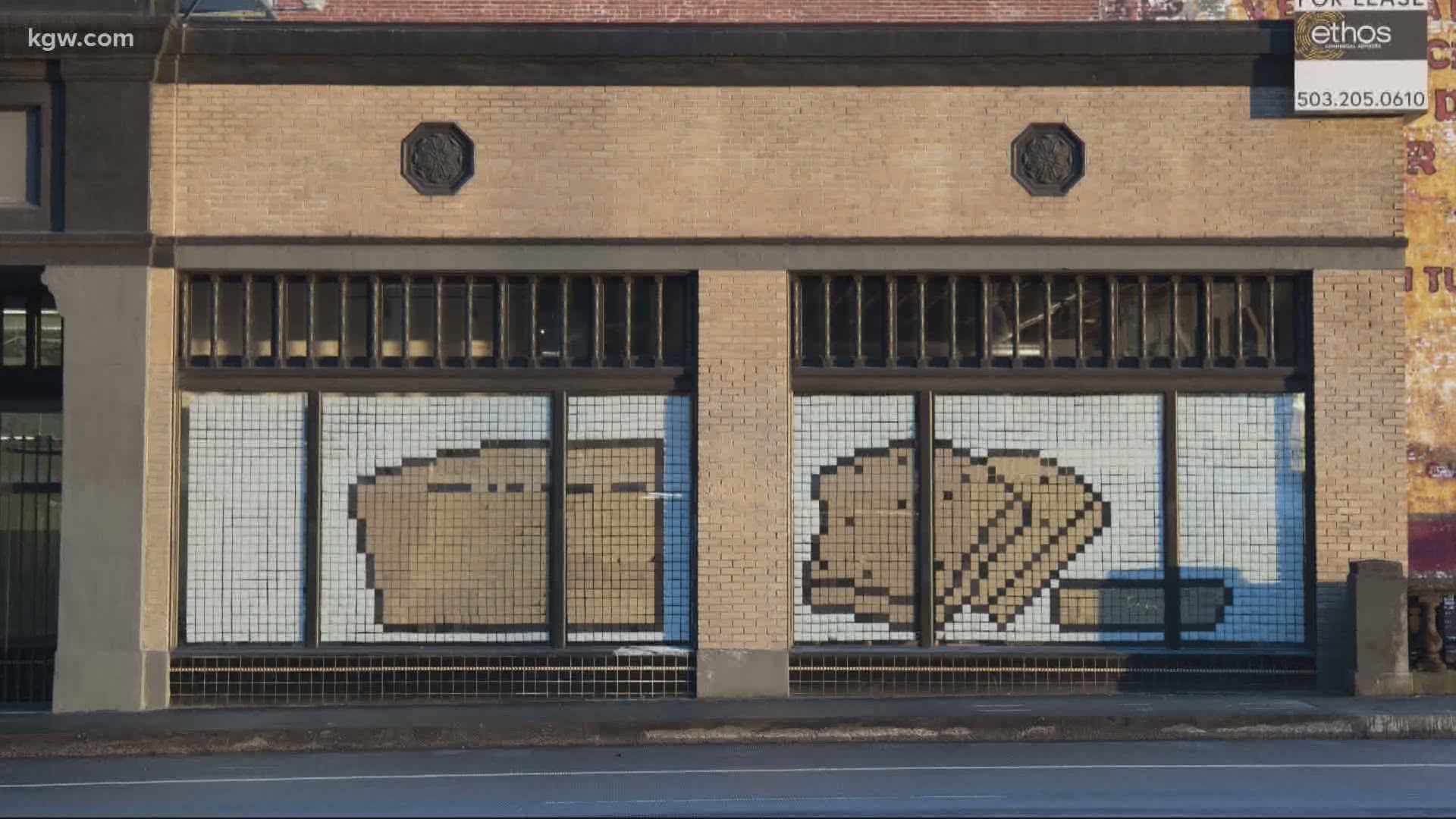 PORTLAND, Ore. — On Burnside at the east end of the Bridge sits a window display that could make you hungry just by looking at it.

The display is made out of hundreds of Post-It Notes by a design team from OMFGCO or Original Manufacturing Company.

"We look at the windows for our team as a chance for us to play and have fun and kind of put out a positive message into Portland because everyone gets stuck in traffic right in front of our building. So we're like, let's give them something to smile about," said co-founder Jeremy Pelley.

At the beginning of the year, the team created a banana display made entirely of Post-It Notes. Pelley said it took 2 members around 3 or 4 hours to create. The display ended up staying longer than expected when the COVID-19 pandemic hit.

After a few weeks, the banana display started to change colors. Bright yellow Post-It Notes were replaced with black ones.

A few days later, more black Post-It Notes and less yellow ones and just like in real-life, a ripe banana had sat too long and turned eventually turned black.

"We thought it'd be funny, especially as an animated GIF when we were done and just kind of playing that long stunt with it," co-founder Fritz Mesenbrink said.

So what do you do with an overripe banana? Just like in real life, you turn it into bread.

"With the baking craze, it just felt extra relevant. So we have to do the banana bread now," Pelley said.

The display gained attention on social media, eagle-eyed users noticing the banana had slowly ripened and then one day had turned to bread.

The mural made of post it notes of a banana taped to a wall has been turned into banana bread. from Portland

"We realize we have a very high profile studio being right there on Burnside. It's like our own private billboard essentially with our windows. For this one to take off the way it did, I think it partially is because of the pandemic and people are looking a little bit closer at stuff and with new eyes," Pelley said.

As far as what's next for the high-profile window display, Pelley and Mesenbrink say they're not sure, but the bread display will be around for a few months.