Peter and Alexa Evans-Pritchard own Morning Ceramics Studio. They wanted to create something fun, free and positive to encourage people to vote. 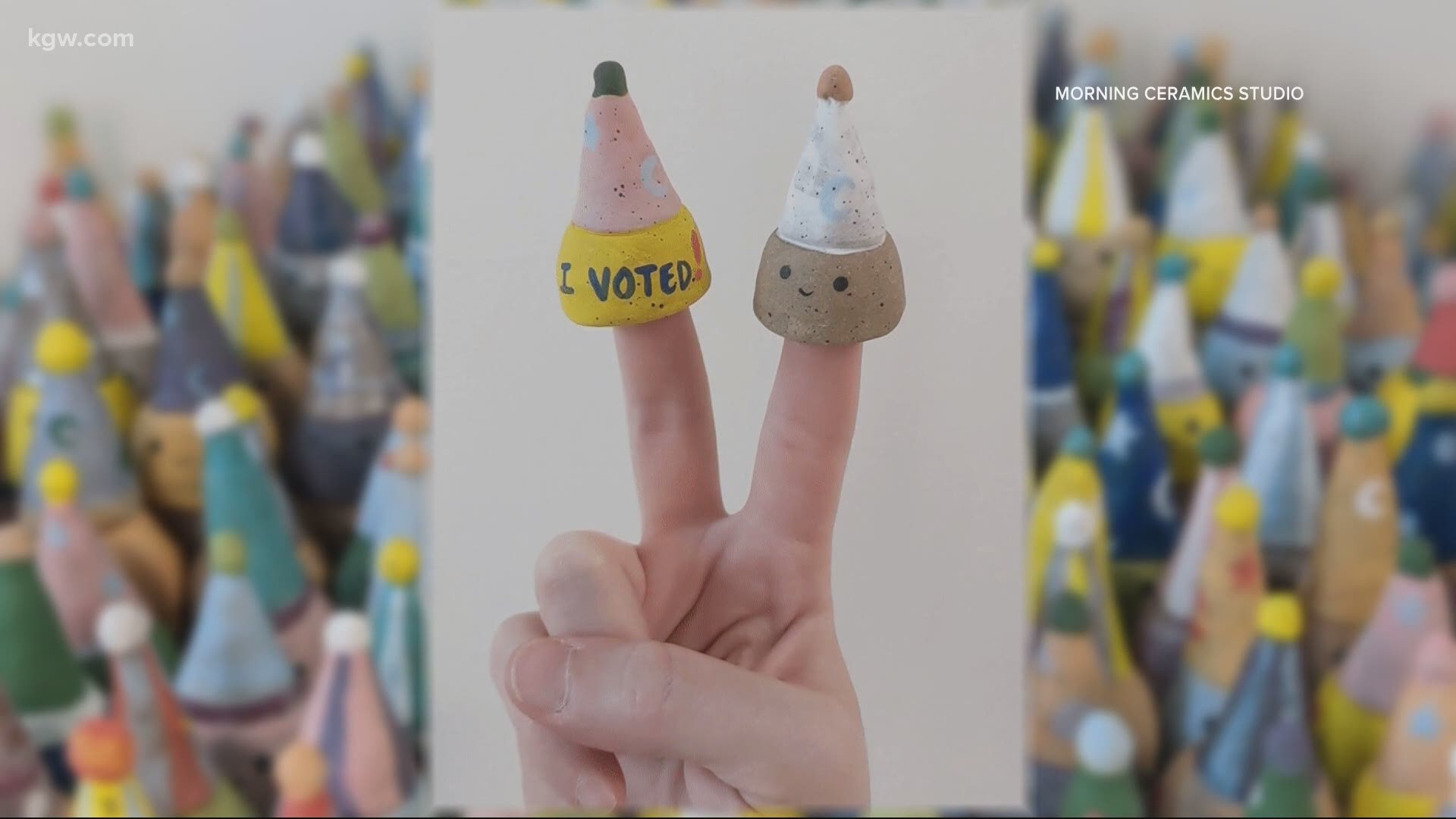 PORTLAND, Ore. — Morning Ceramics Studio is nestled on Southeast 6th Avenue in Portland. Alexa Evans-Pritchard and her husband Peter have owned the business for two years.

Of course, it starts with the clay, then it’s up to the imagination.

“I think it's really neat to be able to make what you want…we have ice cream cones, we have an array of party hats, we have some ghosts in the works,” she said.

The studio is mostly membership-based. Think of it like a gym; members pay for storage space, they can use the equipment and create.

“If you tell me an idea right now, we can just make it and it's pretty neat,” said Alexa. “It's really neat to know how to do that from start to finish.”

“They're quite easy as far as the steps but they're not very quick. But we're already so far and keep going,” she said, smiling.

“We wanted to just do what we could with what little we can control right now to put forth something positive,” she said.

Consider it a fun spin on an “I voted” sticker. They’re called “voting pals.” Alexa and Peter are giving them out for free to people who stop by the studio once they cast their ballot. About 30 have been given out so far. They see it as a way to encourage participation.

“There was one person in particular that reached out and said something along the lines of, ‘You're going to take the time to make 1,000 of these, I might as well take the time to vote. I can't believe I'm 30 and I've never voted before.’ And I, I'm not sure if I cried, but I was really close to it,” Alexa said.

If it looks like mud-slinging, it’s definitely not. Like any process, Alexa says have patience and focus on what you can control.

“More than anything we wanted to one get people to vote, and to give a tiny gift to somebody," she said.