Rick's Custom Fencing and Decking decided to make a $2500 donation to the club. 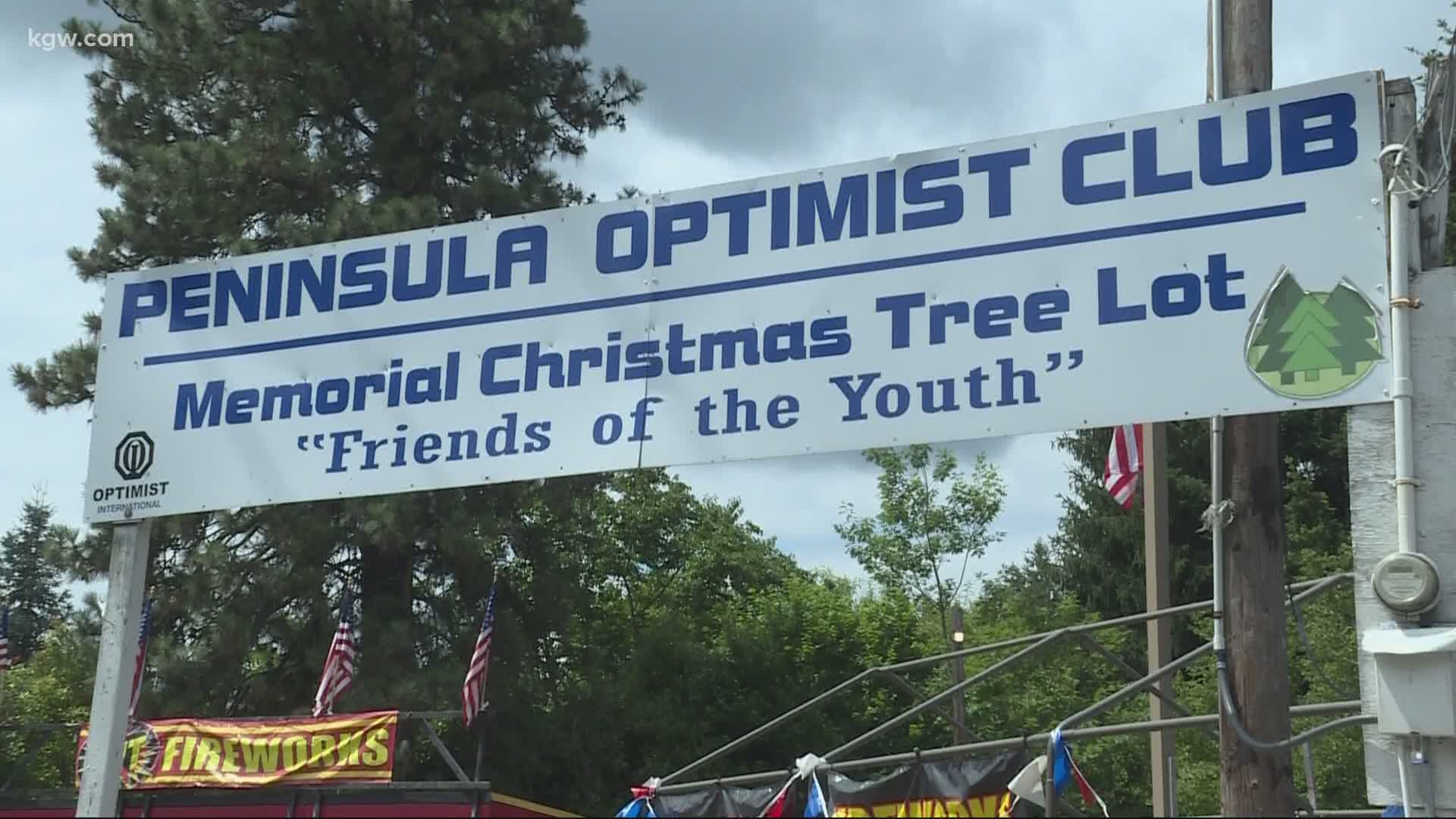 PORTLAND, Ore. — The Peninsula Optimist Club has been around for more than 70 years, providing support for their neighbors in the North Portland community.

Selling fireworks is one of their big fund raisers; they had three stands set up this year. But effort took a big hit when someone stole about $10,000 worth of fireworks from a locked storage container at their Lombard Fred Meyer location.

It happened just hours before they were scheduled to open the stand on the Fourth of July. Members of the Roosevelt high soccer team were supposed to work at the stand that day.

“It was very discouraging I guess," said Roosevelt senior Pablo Lovez. "Kind of sad to see all that effort somewhat taken away from us."

On Monday they got some got some help from a local business. Rick’s Custom Fencing and Decking put together a community support drive. After hearing about the stolen fireworks they decided to donate $2,500 to the Peninsula Optimist Club.

Marketing coordinator Taylor Cawley said, “It's a time when everybody needs a little extra help and we're happy to be able to do that.”

The club has also set up a GoFundMe account to try to soften the impact of the theft. All the help means a lot to the student volunteers.

“Very encouraging to keep on doing what we do for the community when we see outcomes like this happen for us,” said Lovez.

RELATED: Portland clinic challenges other companies to donate to DHVANI’s ‘A Mask for Every American’ campaign

RELATED: 'We love you, Portland': T-shirt sales will provide a token of appreciation to healthcare workers