Unearthing the past at Oregon's historic cemeteries

October is Historic Cemeteries Month. Charlotte Lehan with Pleasant View Cemetery says she loves tracking the genealogy of those who paved the way. 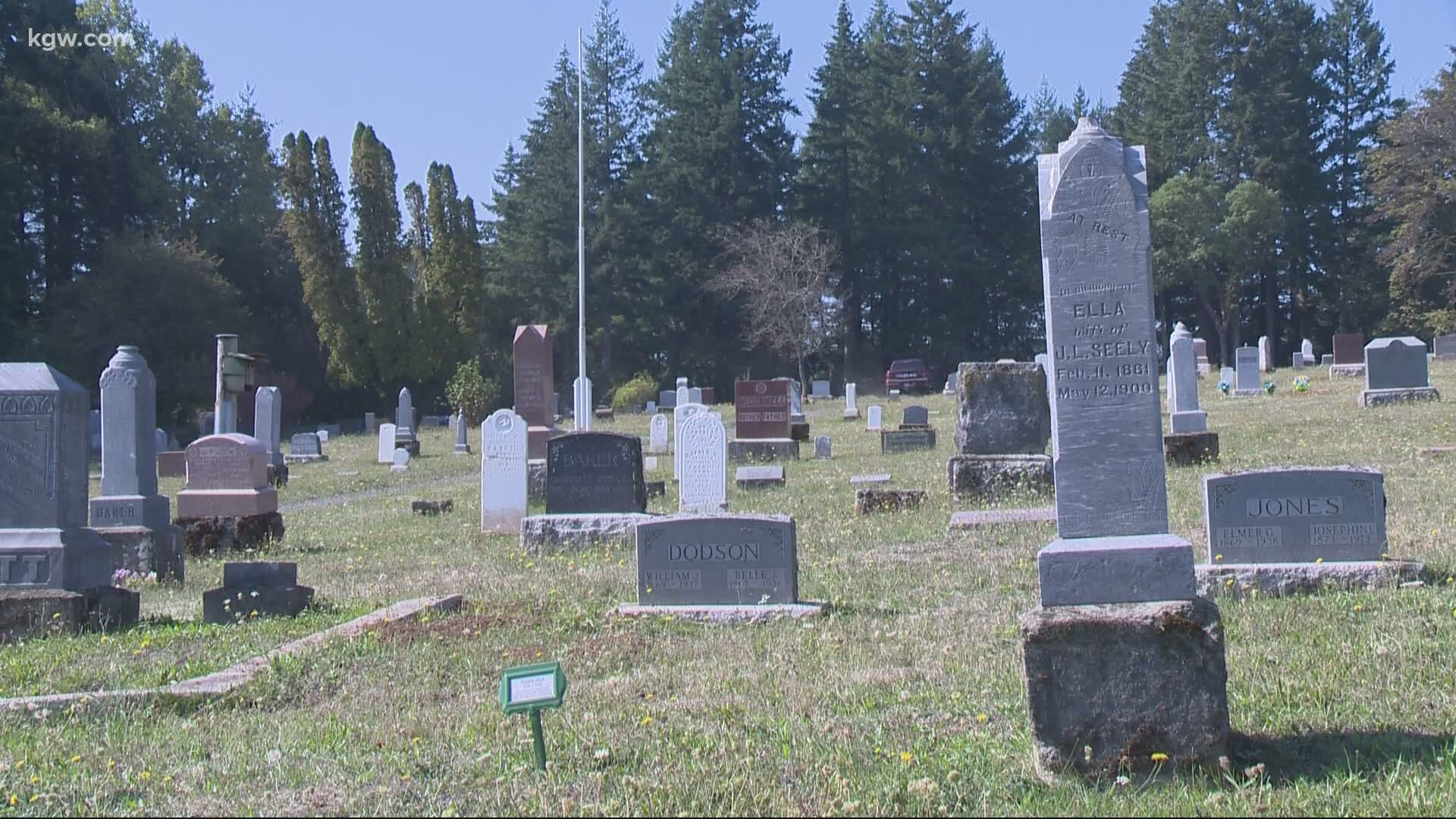 SHERWOOD, Ore. — It’s the type of place that you pass by and might not think twice about. Like it or not, it’ll one day be a place that we won’t be able to avoid.

“It originally was called Hood View, but that would be in the other direction, and the trees grew up and Mount Hood just disappeared,” said Charlotte Lehan of the mountain view that used to be. “It has a fabulous view of the valley, which is why it's called Pleasant View.”

Lehan is the former mayor of Wilsonville, and it was about 15 years ago when she got involved at the historic Pleasant View Cemetery. Today, she is the president of the cemetery’s association.

“We're protected by 24-hour surveillance and many friendly spirits. Please don't upset them,” she smiled, referencing the good-humored sign hanging from the gate.

October is historic cemeteries month, which in Oregon means there is at least one burial that took place before 1909, or 50 years before statehood day, February 14, 1859. Lehan says there are hundreds of burials at Pleasant View that meet that criteria, the oldest recorded in 1856.

“This cemetery is not unlike just about any other [historic] cemetery in Oregon…you could just walk around and pick out 15 or 20 road names between Wilsonville and Sherwood,” she said.

The genealogy of those who paved the way here are what Lehan loves most. Her own family tree branches out across this hillside.

Each veteran who rests at Pleasant View is recognized regardless of what side they were on. Norman Atterbury, a confederate soldier in the Civil War, is buried feet away from union soldier John Vinson. Their two families became in-laws when their children married.

‘One thing about working with the dead,” Lehan smiled. “Is they all seem to get along.”

Mothers, fathers, and children…all much more than just markers and numbers. Differences only determined by the side of the grass you’re on, not to mention Pleasant View Cemetery is COVID-safe, since all the residents are six feet away.

“The connections. Just are very interesting to contemplate,” Lehan said.

So whether or not you think twice the next time you’re passing by, it doesn’t matter what side of the fence you’re on now. We’re all just passing through.

“Everybody's here on the same level, and we respect them all the same, try to tell their story as best we can," Lehan said.

To volunteer at Pleasant View Cemetery in Sherwood, you can visit their website for more information.