Bicyclist Ross Bradley is trying to clean up the city he loves while doing what he loves. Now, others are joining in his effort. 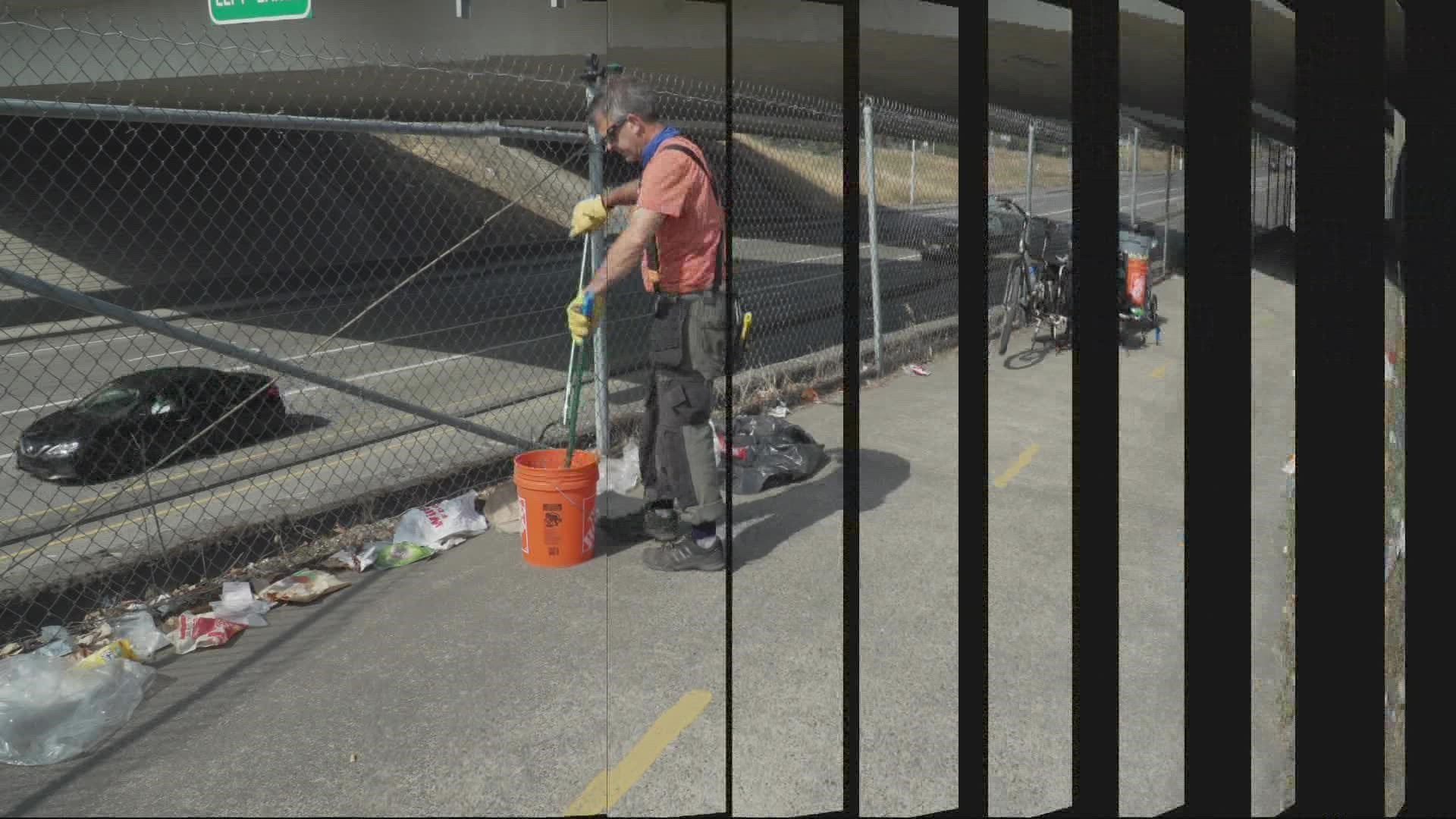 PORTLAND, Ore. — Ross Bradley’s bike isn’t your typical bicyclist's setup. His ride is equipped to take on Portland trash with a wagon and trash bin in tow.

“I just don’t like looking at it,” he said Saturday morning before setting out to clean up garbage.

Bradley has spent his summer clearing Portland sidewalks and pathways while riding his bike around the area.

His bike-powered cleanup work is his new calling after leaving a career in IT. He is documenting his journey on Instagram and that has garnered the attention of other cyclists who want to pitch in too.

“I'm just really trying to get that cleaned up so that you can enjoy your time out and not have to swerve around broken glass, paper, debris, cardboard,” Bradley said.

Saturday, volunteers joined Bradley to take on the trash along the I-205 bike path near the Columbia River.

“A lot of people use it and it’s just clogged with garbage,” Bradley said.

Shawne Martinez and his daughter Eliza biked 20 miles to help.

“We could have filled up our bikes several times just on the way here. And I mean, it’s all the way from Southwest (Portland) to here. There’s litter everywhere,” Martinez said.

“The litter problem seems to have gotten worse over the years,” Bradley said.

He is right, Portland is seeing a record number of requests to clean up trash. According to the city’s online dashboard, which was updated at the end of August, more than 3,965 tons of trash has been collected so far this fiscal year. That surpasses last year’s record of 3,275 tons total.

“It’s the trash everybody is complaining about. We’re actually here doing something about it,” Bradley said. “And we’re going to use our bicycles to do it."

Bradley hopes to do another group cleanup in the future. You can learn more by following him on Instagram at @pdxremovebybike.

RELATED: Let's Get Out There: Rafting the Clackamas River