Jaydon is helping support kids through the Brian Grant Foundation, which his dad started shortly after being diagnosed with Parkinson's disease in 2008. 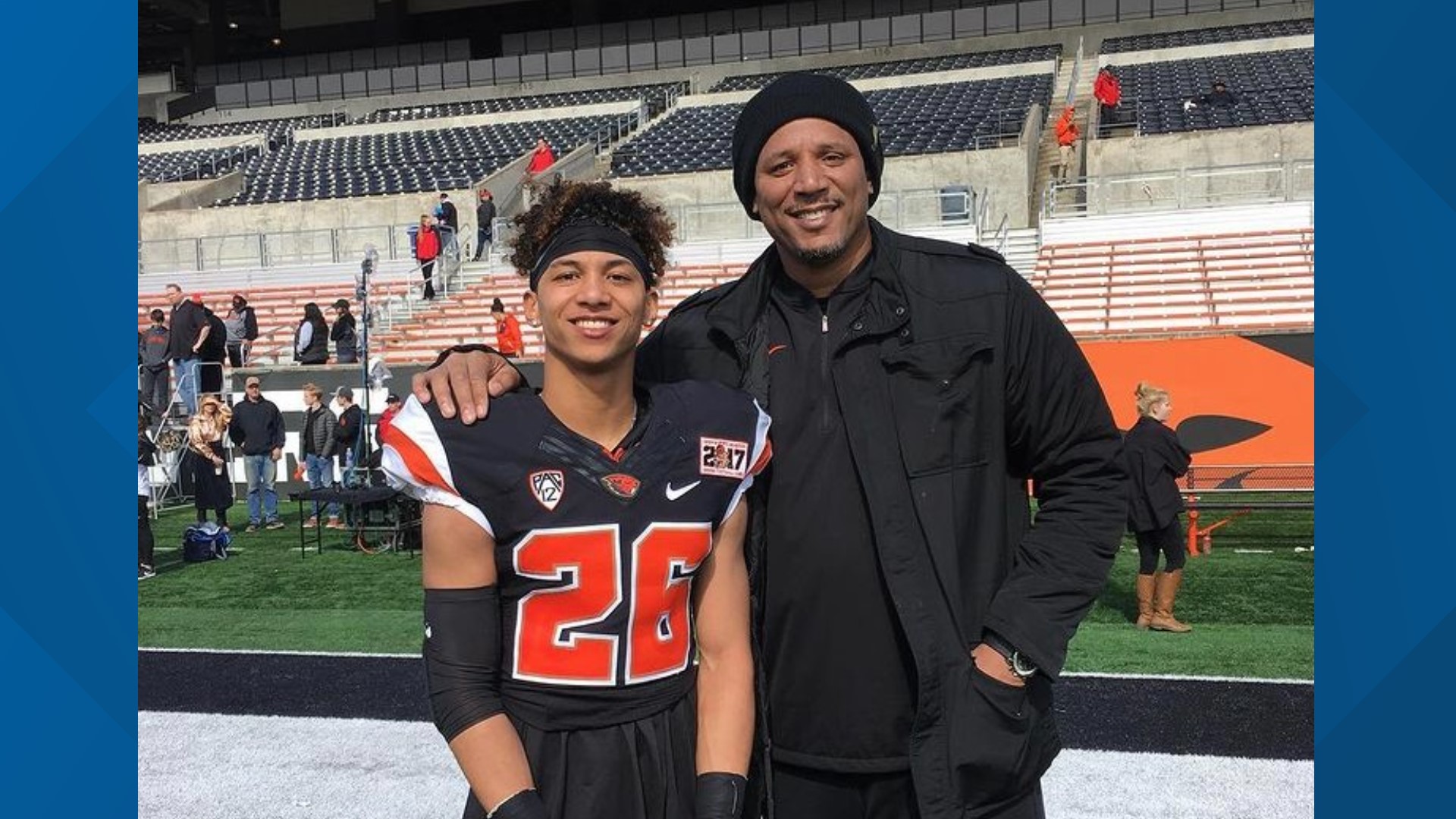 PORTLAND, Ore. — Jaydon Grant is no stranger to elite athletics. His dad, Brian, was a beloved Blazer and a defensive force in the NBA for 12 seasons.

“Just my experiences of going through adversity, that kind of made me come out with a different perspective and allow me to attack adversity a lot differently when I faced it,” Jaydon said.

Today, he’s a defensive back for Oregon State’s football team, and paving his own path with NFL aspirations.

“Learn to be resilient in any situation that you're in,” he said. “When it's on the field, it also translates off into real problems as well.”

Off the field, Grant has watched his father battle Parkinson’s disease for over a decade. The Brian Grant Foundation was created shortly after Brian’s diagnosis in 2008.

“I've been in that position before too where you know your father has a disease like Parkinson's, you know, the first thing you, you hear about is there's no cure,” Jaydon said.

Now with his own platform, Jaydon is supporting his family and the foundation.

“So we started a program called Kids of Parkinson's," said Katrina Kahl, executive director of Brian Grant Foundation. "It helps people who have a parent with Parkinson's learn about the disease and meet other people sharing their journeys. In February, we're dedicated to them. And now, to know we have his (Jaydon’s) support that he can speak about this disease, about his dad's journey and really help raise awareness is huge for us.”

In February, the foundation is planning a series of virtual events, answering questions and offering resources for kids who have parents battling Parkinson’s.

“My dad suffered from Parkinson's disease up until he passed in 2014, and a lot of the tools that they provide people today are some of the things that I wish I had back then when I was actually caring for him,” said endurance athlete Mike McCastle.

McCastle pushes his body to the limits through incredible challenges. Just last weekend, he broke the world record for full-body contact with ice. It was hardly a stunt. There was a personal purpose. It was a part of his Twelve Labors Project, and it helped support the Brian Grant Foundation.

“Me being frozen in the ice for two hours and 40 minutes was just a small physical representation of what people with Parkinson's suffer from,” said McCastle. “I had the ability to remove myself from the ice at any time, I had that luxury. People with Parkinson's, not everyone has that luxury, so I wanted to just give that physical representation of that and tie it into the project that I was doing.”

I'll have something more thoughtful to say with more reflection in the days to come as I recover. As proud as I am to have broken this record, it is only as meaningful to me as the cause behind it, in support of @briangrantfoundation and all those who suffer from Parkinson's. pic.twitter.com/OOYduYURdv

Mike is proud to honor his father’s memory. Jaydon is proud to be able to help his dad continue his fight. “He’s fine, chilling in the house. Watching movies, he gets his workout in,” Jaydon said of his dad.

After completing his undergrad at OSU in June, Jaydon is now working on a master’s in business analytics. He's attacking life much like his dad, with a passion for helping others who are living with Parkinson’s.

“I think it'd be a really good thing to be able to reach out to the community,” Jaydon said. Put your arm around those who are going through it right now, or may have never had that support before.”