"Police get a bad rap sometimes but they worked diligently and really quickly to help me get my scooter back," Lynne Gibbons-Gray said. 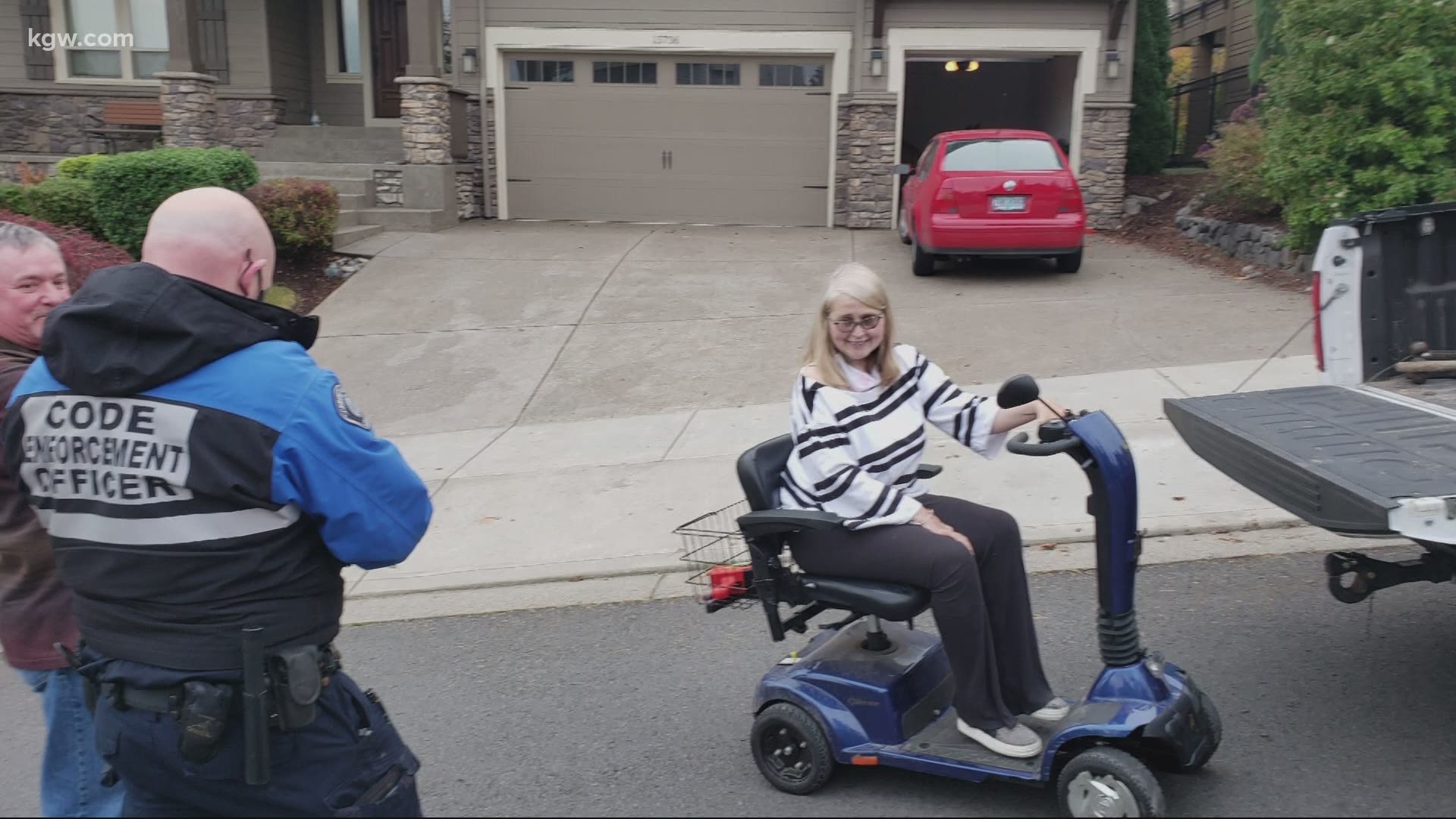 HAPPY VALLEY, Ore. — A Happy Valley woman had her medical scooter stolen while she was in a restaurant picking up lunch.

It didn't take long, though, before officers tracked it down and returned it.

When she discovered it was gone, Lynne Gibbons-Gray felt stranded and scared.

"It's not fair," Gibbons-Gray said. "I felt really alone and a little frightened, actually."

After having a stroke nine years ago, Gibbons-Gray wanted to become self-sufficient and independent. She invested in a motorized mobility scooter -basically, freedom on wheels.

"It helps me get around town, like my little car,"  she said. "And my husband doesn't drive either because he's legally blind, so we both rely on it."

Monday afternoon, Gibbons-Gray rode her scooter to Pho Zen restaurant at Happy Valley Town Center to pick up lunch. She went inside, leaving the key in the scooter. When she stepped outside a couple minutes later it was nowhere to be found.

"I didn't know how I was going to get home, because I don't walk very well," Gibbons-Gray said.

Eventually she got a ride home and called 911. She said within just a couple minutes two different officers called back.

Officers said when they responded they found 21-year-old Keaton Everett Hohl trying to get on a TriMet bus. He admitted stealing the scooter and, according to the police report, told deputies he "found it sitting out in the street and since he had a hurt foot he figured he would just take it to get around."

A happy ending in Happy Valley for Gibbons-Gray: Officers returned her independence.

"I was really impressed with them. You know, police get a bad rap sometimes but they worked diligently and really quickly to help me get my scooter back. So I'm very grateful."