Azalea Lopez, 11, has struggled with online school. She decided to begin selling fidget toys, because they've helped her focus and concentrate on her work. 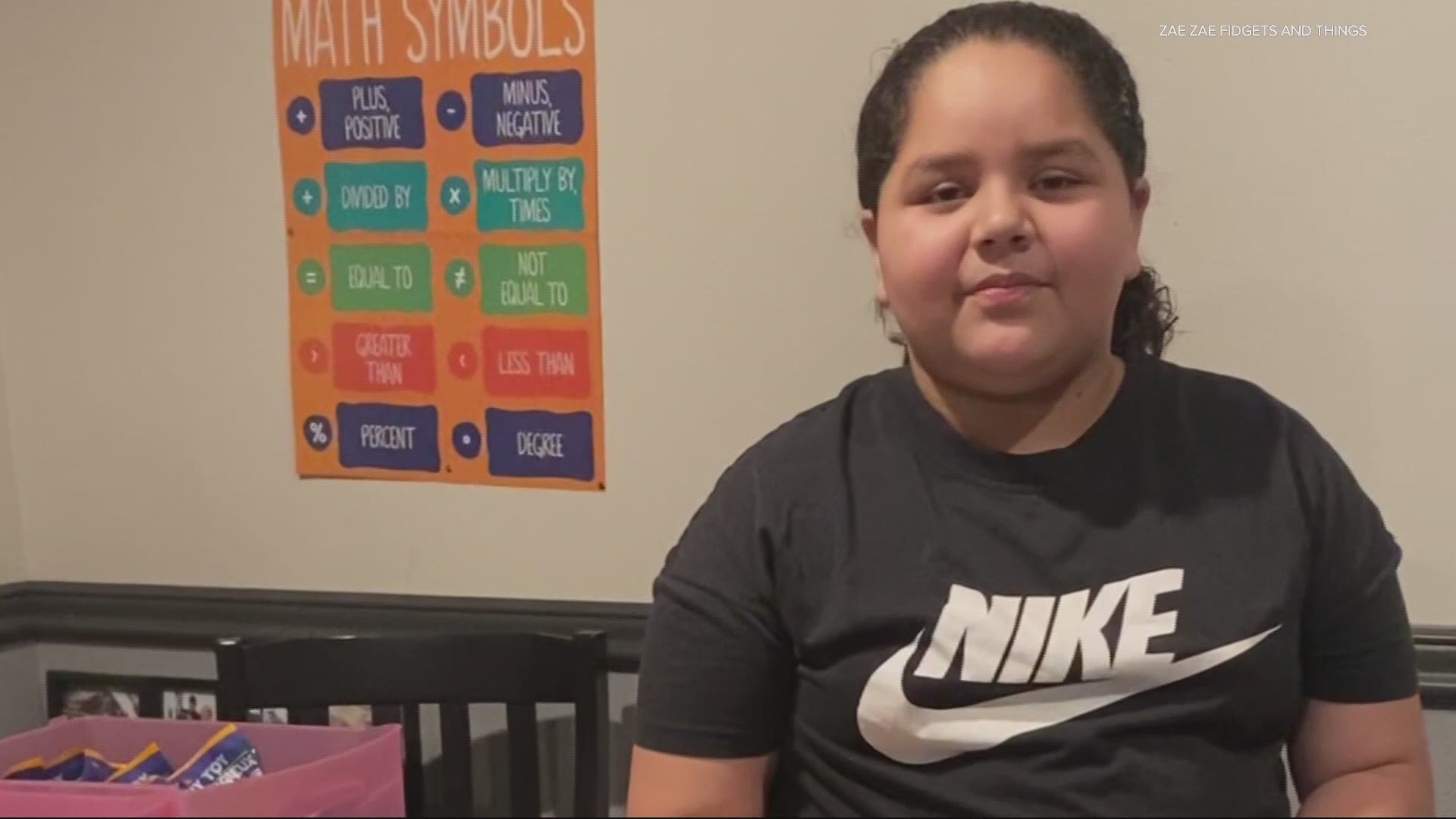 HILLSBORO, Ore. — Azalea Lopez is just your average 11-year-old. The fifth grader loves math and science, but not online learning. For her, it’s been hard to concentrate and focus, but she’s found something to help. Azalea began collecting fidgets about a year ago. The small toys help with focus, attention and can even calm you down.

“I have just plain regular stress balls but different colors,” she said. “Sometimes I get stressed about school because it's a little harder online.”

Turns out Azalea is not an average kid after all. Her mom, Rebeca Aguila, raved about her latest venture.

“All her teachers are like, ‘she always tried, she always pushes herself.’ And she's always been like that,” Aguila said.

Azalea has dyslexia and the fidget toys have helped her focus during school, which has always been a struggle.

“It just helps me do my schoolwork and do my homework and it’s honestly just fun to play with too,” Azalea said.

Inspired by her aunt who has her own business, Azalea did her research, used her own money, and started Zae Zae Fidgets and Things. The startup has a great inventory for kids and adults.

“A lot of people unfortunately are just dealing with anxiety and just this whole new world that are kind of living in and trying to adapt to,” said Aguila.

“We had a local tattoo shop owner that said, ‘Hey, give me 18 stress balls because I think this will be great when a client is getting a tattoo',” Aguila said.

With big dreams for her business, Azalea is focused on the future. What she loves most is using fidgets to help others, the way the toys have helped her.

“I feel happy that they like it,” she said.