Commander Caprice Massey helped a woman in crisis come off a parking structure ledge. It's not what she said to the woman that made an impact, it's how she said it. 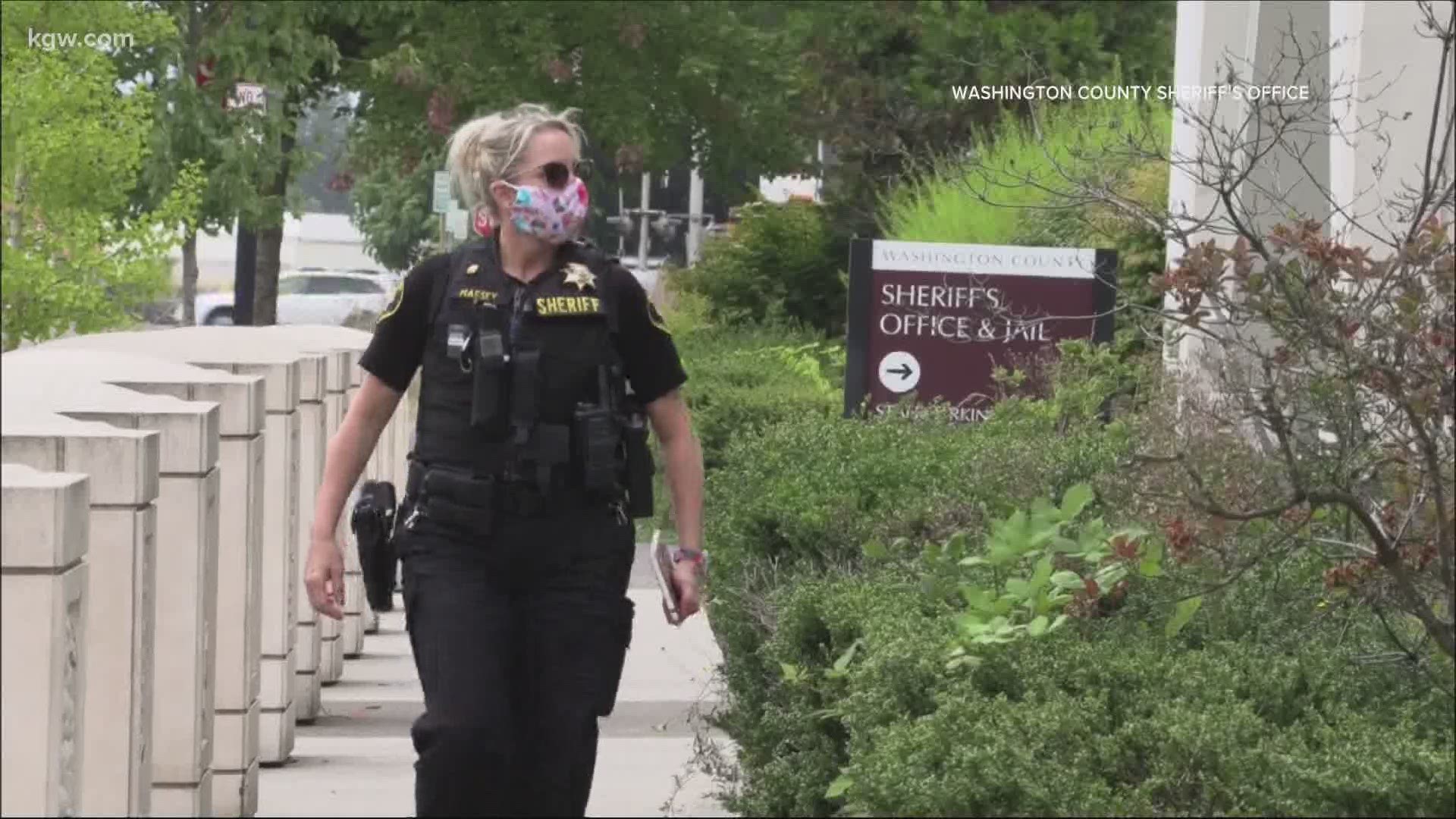 WASHINGTON COUNTY, Ore. — How are you?

Those three little words could make a really big difference for someone in crisis, especially as the coronavirus pandemic drags on.

“There’s a lot of grief associated with the loss of normalcy with what youth are doing right now and the connections to their peers,” said Emily Moser, director of YouthLine, part of Lines For Life, a non-profit dedicated to preventing substance abuse and suicide.

Moser’s job has taught her a lot about how teens are trying to make sense of a world that doesn’t make much sense right now. “The uncertainty that they’re feeling is very much in the here and now," she said.

On June 29, Washington County Sheriff’s deputies responded to a 16-year-old girl in crisis, on the ledge of a parking structure. Thankfully, the deputies were able to pull her to safety.

“What we know about youth development and particularly what the research supports is between the ages of 16 to 21, a lot of development is really around social and emotional connections,” Moser said.

But those connections aren’t limited to teens. In fact the very next day, a woman in her 30s was on the exact same structure in pretty much the same situation. Again, the Washington County Sheriff’s Office was there to respond.

“I received a phone call from a coworker who was driving home and she told me there was a subject on the top level of a local structure that was outside the barrier,” said Commander Caprice Massey.

Massey and her partner happened to be the first ones there. When Massey arrived, she tried to introduce herself. “I was talking to her and I was saying, ‘My name is Caprice, will you talk with me?’”

Cautious with her words, and perhaps lucky to be there in the first place, she didn’t expect what happened next.

“She starting signing in American Sign Language and she preferred to communicate that way, and as luck has it, I know sign language,” said Massey.

Commander Massey said it all just kind of happened, talking the woman back over the barrier without actually saying anything.

“I asked the young lady if she would sit with me and we sat pretty close to each other,” Massey said. “Just take the time to check in with people and when you ask ‘How are you?’ wait for the answer.”

You can ask someone else, you can even ask yourself. Those three little words in our language, that usually start the conversation, and hopefully a connection.

If you’re struggling and need someone to talk to, there is always help available. The National Crisis Hotline has people available 24 hours a day, every single day. Their number is 1-800-273-8255.

RELATED: Lines for Life calls increase, 911 calls down during COVID-19