Dancing, Jesus, his comedic impersonations are all on the table during "Hangin' with the Hawks" 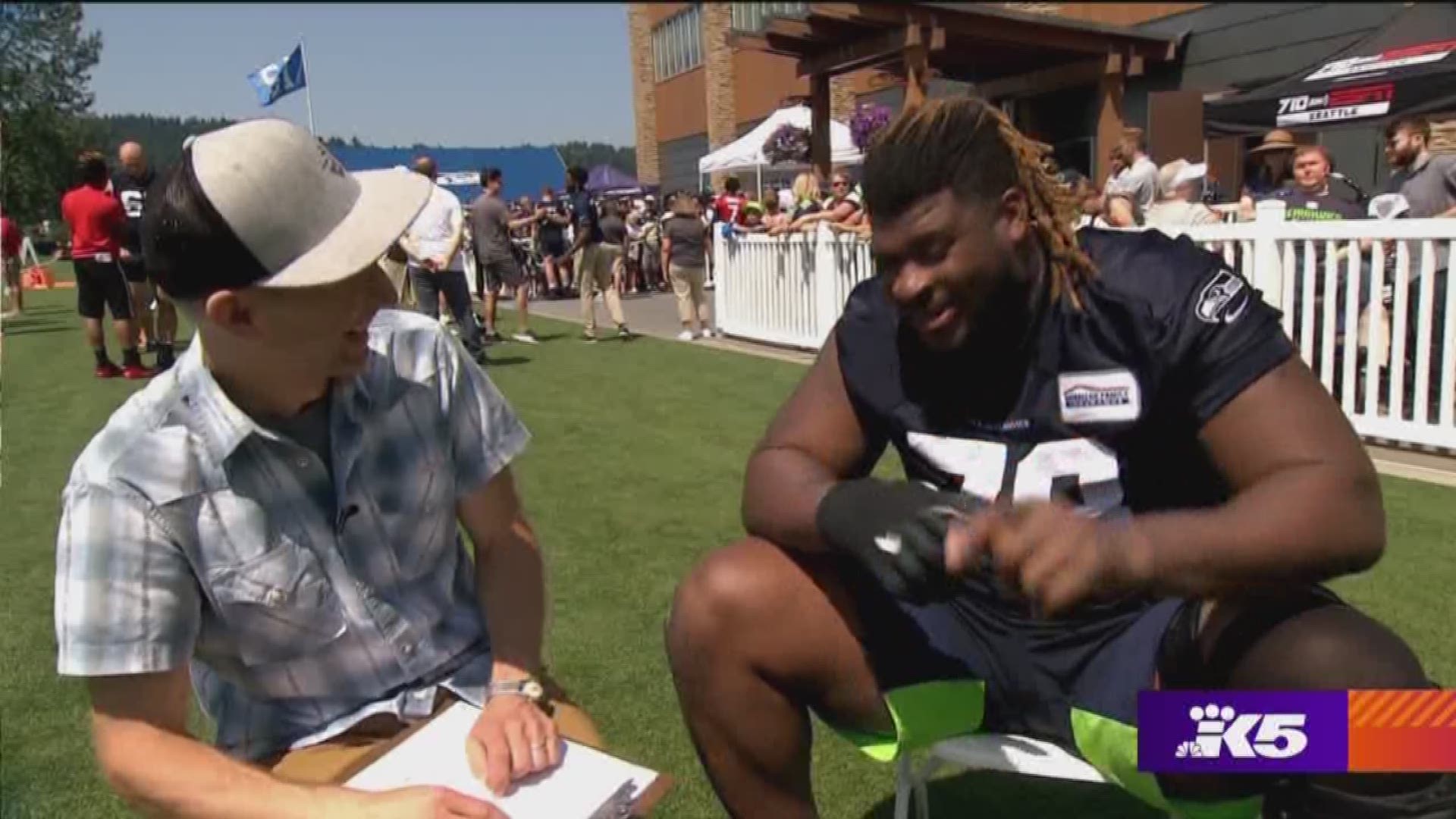 RENTON, Wash. — At 6-5 and 342 pounds, D.J. Fluker is an imposing presence. But spend just a few seconds with the Seahawks Guard and his warmth and sense of humor emerge immediately. I got a chance to sit down with him after a recent practice at the Hawks' headquarters in Renton. We talked about everything from Jesus (Christ AND Shuttlesworth), Ciara and his star turn in "Beauty and the Beast."

King: The D and the J, what do they stand for?

King: Your mom had some lofty hopes for you!

Fluker: She did. She had a purpose for me. I remember watching that movie about Jesus with Ray Allen?

King: Oh yeah, "He Got Game." I think it was Jesus Shuttlesworth.

King: I understand you do impersonations?

King: I beg to differ because you did a spot on rendition of Ciara. When Russell Wilson signed his big contract, he sent out a video of him and Ciara in bed making the announcement to fans. Then you did your own version with Tyler Lockett, you as Ciara.

Fluker: (he laughs a long time) I think there's a little misconception there. You see what happened was  (he laughs again). We got put up to it. Pete Carroll's son was like, "Hey guys, we gotta play a little joke on Russell." So we had to give him a hard time.

King: Your impersonation was so good, I actually thought your WERE Ciara.

Fluker: Man, I don't even want to go down that route. (another long laugh)

King: You are also a dancer in the finest production you'll ever see of "Beauty and the Beast?"

Fluker: That was a way to give back to my school (McGill-Toolen Catholic High School).  They asked me would I come dance. My principal who was there when I got there was like, "If you do it, I'll do it." So I got down with it!

King: You're very light on your feet.

King: I'd like to confirm a story I hear. A masseuse who was working on you broke her hand?

King: You must have rock-hard muscles.

Fluker: They're pretty strong I guess. But she was OK though. She didn't know until a couple days later.

King: All right D.J. Great to meet you. Be gentle as you shake my hand.

Fluker: All right, all right. I won't hurt you, I promise.  No worries. (another long laugh)