Marshawn Lynch's apparel is making a comeback, too. 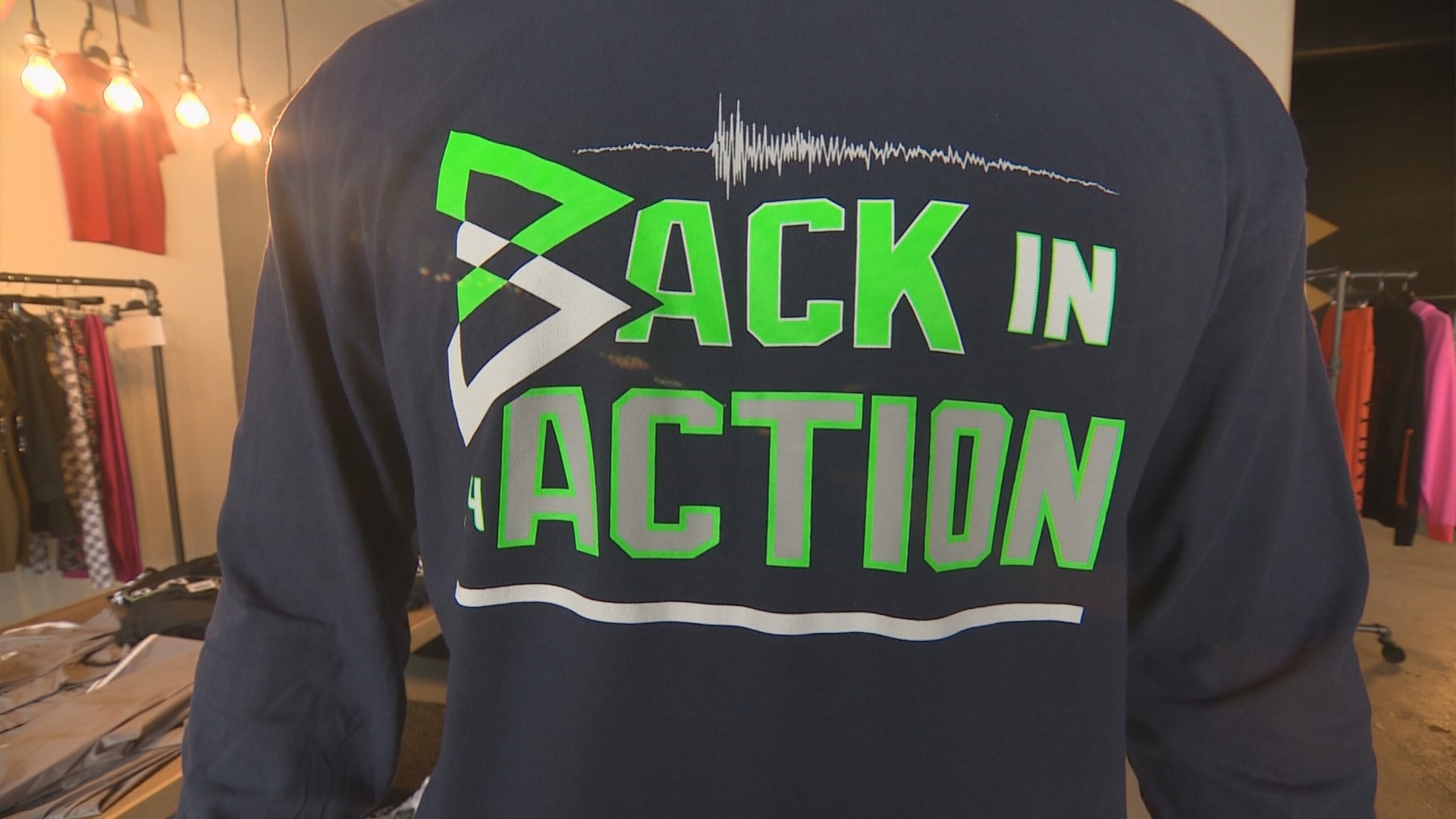 SEATTLE — The beast is back and Seattle is dressing for the occasion.

"There's nothing like the fans, man. Those Twelves are something else. They go crazy," says Alvin "Ace" Bowen, manager of Seattle's Beast Mode apparel store.

Running back Marshawn Lynch is out of retirement and giving the injury-plagued Seahawks a lift when they need it most. He'll be back in action this Sunday against the Green Bay Packers in the NFC Divisional Playoffs.

Bowen is also "Beast Mode's" old teammate, going all the way back to the Buffalo Bills, more than a decade ago.

"We already were kind of family before we were family," says Bowen. "He is the same guy I met in Buffalo, a little bit nicer now."

RELATED: Marshawn Lynch opens up about his foundation for kids

For the record, Bowen says the media-shy Lynch has always been a nice guy. He especially appreciates his charitable efforts here in Seattle, and his hometown of Oakland. Over the past four years, Lynch's clothing line has never stopped selling here at the Pioneer Square store, even when he played for Oakland or wasn't playing at all.

Beast Mode Seattle features everything from comfy sweats to kids' wear. But this week, the biggest sellers by far are the shirts that celebrate Beastmode 2.0.

"Unfinished business," says Bowen, echoing the words stamped across one of the more popular designs in Seahawks blue and green. Another big seller is the "Back in Action" tee.

A pack of Lynch's signature candy, Skittles, comes free with every purchase. All the food and the fashion necessary to fuel-up for victory in Beast Mode.