Here's a look at the closures and traffic impact to Portland and other areas during the event. 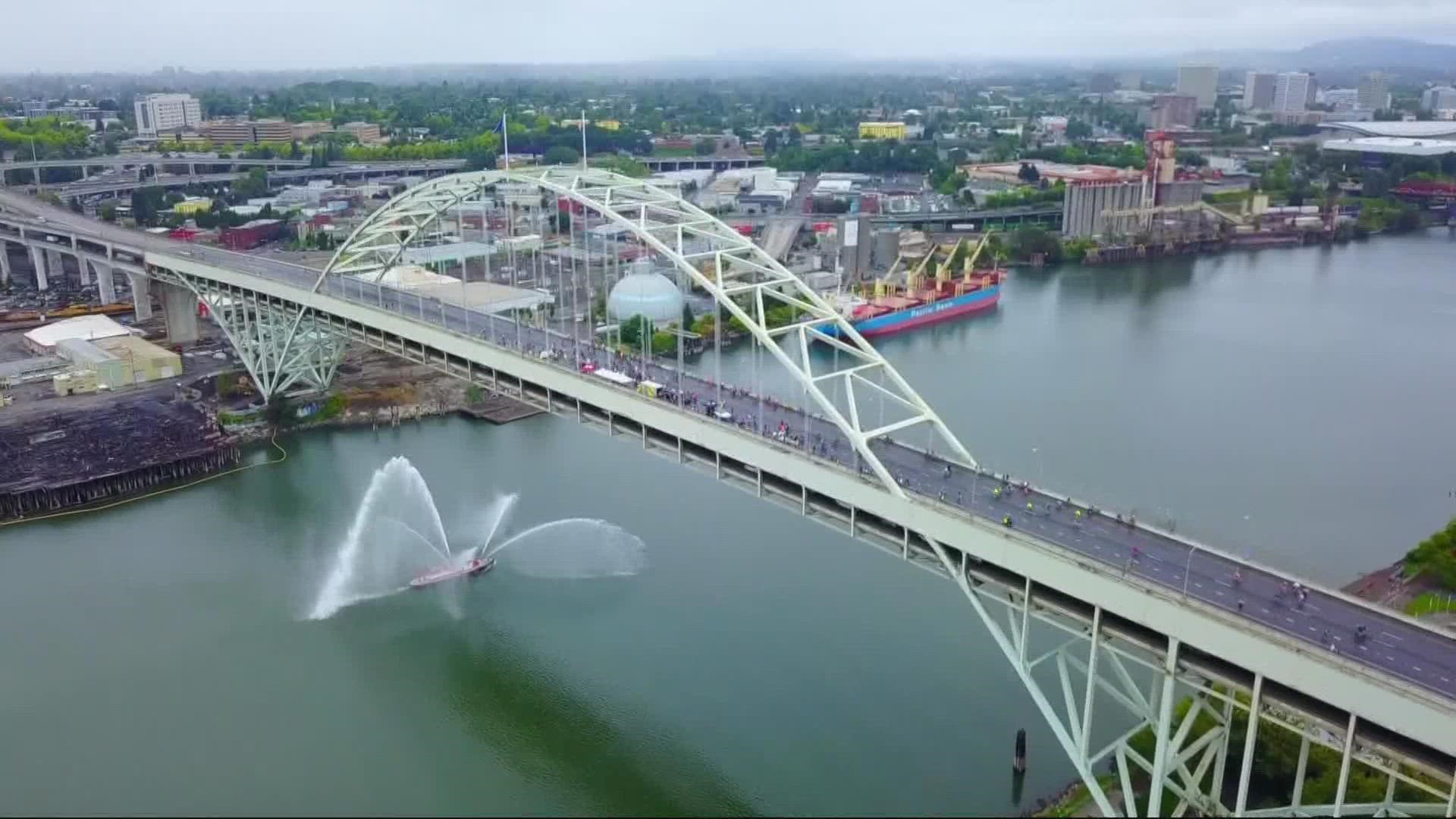 PORTLAND, Ore. — Multiple roads and bridges will be closed or partially closed during this Sunday's Providence Bridge Pedal and Multnomah County officials said travelers should expect delays before, during and immediately following the event.

The Providence Bridge Pedal is returning after taking 2020 off because of the COVID-19 pandemic. The longtime event is expected to bring thousands of cyclists to Portland on Sunday morning.

The event will impact traffic on multiple Willamette River bridges and the streets connecting them. While the Broadway, Burnside, St. Johns and Tilikum Crossing bridges aren't included in this year's event, those bridges are likely to see increased numbers of bicyclists and pedestrians.

The Sellwood, Ross Island, Marquam, Hawthorne, Morrison, Steel and Fremont bridges will be partially or fully closed Sunday morning for the event. In addition, the following roads will be closed during the event:

The event will also require traffic changes on several state highways and TriMet buses and MAX trains may experience delays. All bridges should fully reopen by noon, county officials said.

See a full list of closures, partial closures, detours and traffic changes at the bottom of this article.

In the past 25 years, more than 300,000 people have participated in the bridge pedal. Organizer Rick Bauman said it's a great way to celebrate the city. "The bridges, the views you get up there, and this time I think it's a return to normalcy," Bauman said.

People of all ages can participate in the event and you don't have to be on a bike. There are long rides equaling 26 miles, a 13-mile ride over the downtown bridges and a 3-mile kid-friendly route. There's also a 5-mile walk.

"We will stretch from the Sellwood Bridge, down to the south end of town, up through the Fremont Bridge," Bauman said. "So eight bridges will be involved this year."

If people want to register for the event, they can go to the bridge pedal website. The first 7,500 people to register will get a free T-shirt.

The proceeds from the bridge pedal also go toward a special cause. DJ Alex works with a Providence Health & Services program called Better Outcomes Through Bridges. She said when patients are in the hospital with issues related to drugs, she offers a chance for change.

"When I found out the bridge pedal was donating money to Providence and it's coming to our program, that's huge." Alex said.

Alex can identify with their struggles. She spent years as an addict on the streets and years in prison and knows the importance of the bridge ride continuing to create better outcomes.

"It would just expand our program even more, Providence is doing amazing things out there," Alex said. "They're really connecting with the community. That's why I am so proud to be able to work for them, they gave me a chance."

The following information was provided to KGW by Multnomah County:

This applies to motorized traffic on Portland bridges during the event. Times are approximate:

TriMet buses and MAX trains may experience delays in downtown Portland during the event. Signs will direct riders to nearby and temporary stops for buses affected by detours. Check before you go at trimet.org/alerts. The following bus lines will have minor detours from the start of service until the event concludes: