Colbert had a giant copy of “Whose Boat Is This Boat?” made for the library in response to a patron who has been misplacing books. 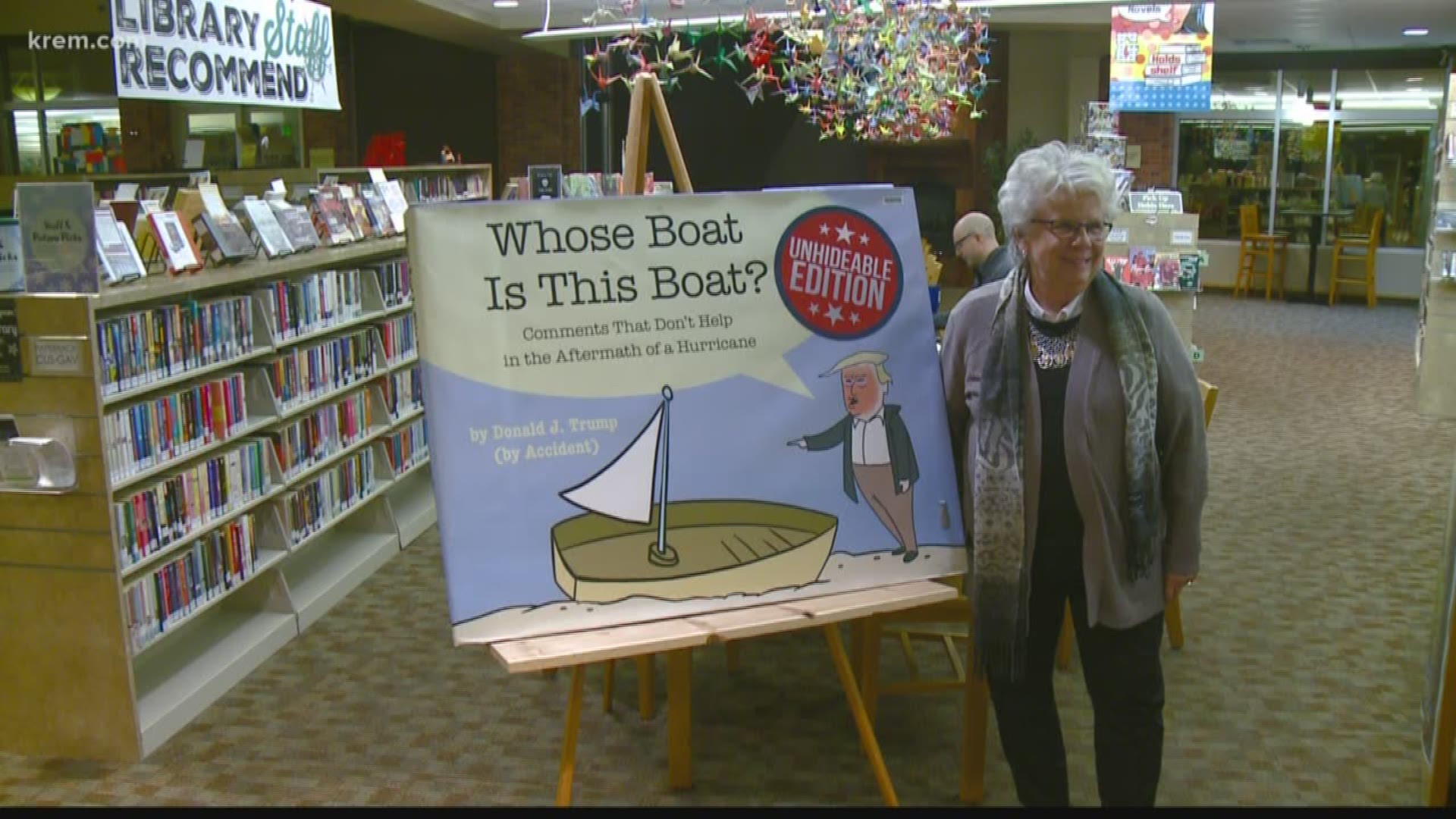 Colbert had a giant copy of “Whose Boat Is This Boat?” made for the library in response to a patron who has been misplacing books around the library with the apparent hope of making the titles unavailable to readers.

The hidden books are mostly non-fiction works that are critical of President Trump, according to library director Bette Ammon. Other titles included books about feminism and LGBTQ topics.

A recent story from The New York Times says that one of the hidden books is "Whose Boat is This Boat?," a satirical children’s book compiled by "The Late Show" staff and attributed to Trump. The book is made of quotations from the president in the wake of Hurricane Florence and "demonstrates what not to say after a natural disaster," according to its description.

Colbert told the book-hider's story on "The Late Show with Stephen Colbert" right after taking a playful dig at Coeur d'Alene, saying people may know the city as "the home of the Museum of North Idaho."

He then presented an “unhideable” copy of “Whose Boat Is This Boat?” during the show, which he then signed. Colbert added that he and his staff even outfitted it with anti-theft garment tags for extra protection.

On Thursday, the giant book traveled from the KREM 2 studios to the library to surprise staff, who were unaware of what the giant package contained.

Crowds formed to take pictures with the book and children read it.

Staff told KREM on Thursday that they plan to display the book near the front of the library for all patrons to enjoy.

The special delivery will appear on "The Late Show with Stephen Colbert" some time next week. A specific date was not given.

Another title hidden at the library is "Commander in Cheat: How Golf Explains Trump" by author Rick Reilly. He held a book signing at the library on Thursday night to deliver a message to the so-called book thief.

"This has been really fun. This has been great publicity. I got to come to Couer d'Alene, which I love. I got to write for The Washington Post about it, The New York Times wrote about it," he told KREM on Thursday.

"I've been hearing from people in India, London, they know about it all over. I don't know what you're trying to do but I don't think it was to try to sell more books for me, but thank you," he added, directing his comments at the book-hider.