Artists adapted 'A Kids Book About Racism' into a digital theater production. 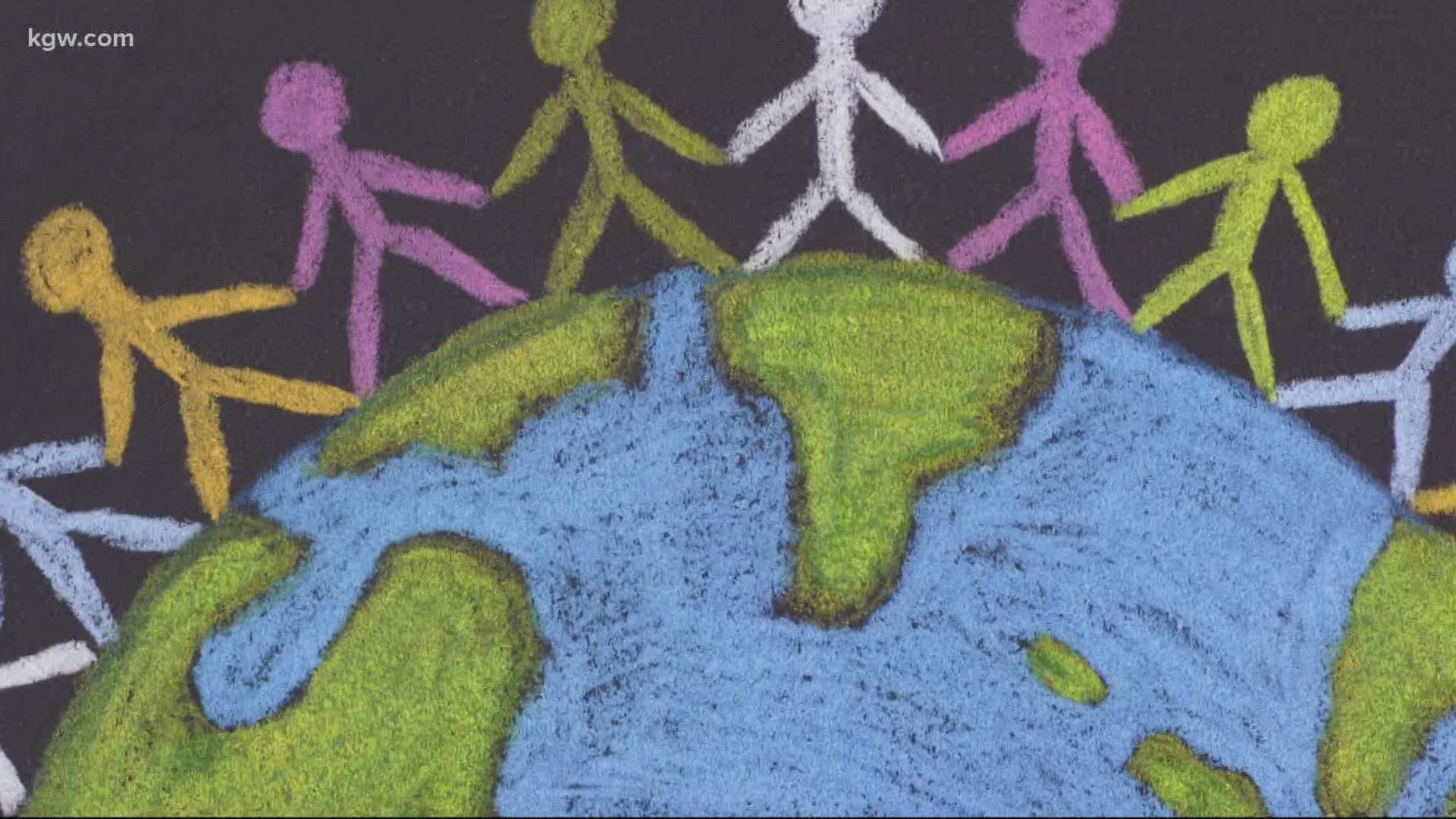 PORTLAND, Ore. — A Portland author's book for children is now adapted as a digital theater production, set to be streamed nationwide in August.

A Kids Book About Racism by Jelani Memory focuses on the experience many people of color face, including children.

"It's something that is prevalent, that is real, that does exist in our nation," Khalia Davis explained.

Davis with Bay Area Children’s Theatre adapted the book into the production A Kids Play About Racism.

"It's important that we see shows that honor the experiences of black and brown children, so that they can learn from that and that they can recognize that that isn't acceptable," Davis said.

The show breaks down what racism can look like in everyday life, with people facing moments of being singled out, stereotyped, and called names.

Davis emphasized the goal is not to place blame.

"A Kid's Play About Racism does not point any fingers at anyone specifically," she said.

Instead, Davis explained the play is meant to help include children of all colors in the conversation around racism. Davis said white allies play an important role, too.

The show sparked national collaboration. Bay Area Children’s Theatre, Seattle Children’s Theatre and Alliance Theatre in Atlanta worked together on production. Then more than 40 theater groups around the country got on board to spread awareness, including Oregon Children's Theatre.

"Racism is a crisis that we all have to step up to eliminate, including kids," Oregon Children’s Theatre’s Artistic Director Marcella Crowson said in a news release. "Recognizing that these conversations can be challenging to navigate, we welcomed the opportunity to provide another tool in the toolkit for families ... A Kids Play About Racism is a starting point, offering families a way to learn and work together to become part of the solution."

The website, Broadway on Demand, will stream the 30 minute video production for free August 1 through August 2 for people who create an account.

Davis said the show also comes with an optional activity guide and discussions for adults and kids.

"They too can use their voices to help propel a positive movement forward," Davis explained.

That same conversation has played out for more than two months on the streets of Portland during protests over George Floyd's death and racial inequity.

Davis said A Kids Play About Racism is an artistic take on making such movements and conversations more accessible to children.

"I appreciate the efforts of the people of Portland," Davis said. "It is not lost on me how many amazing individuals have stepped forward and put their lives on the line to defend and honor and stand up for the justice of all people."