The concert will also be shown at the M&F Drive-In in Milton-Freewater, Oregon; two locations in Washington and 300 other drive-in theater screens across the U.S. 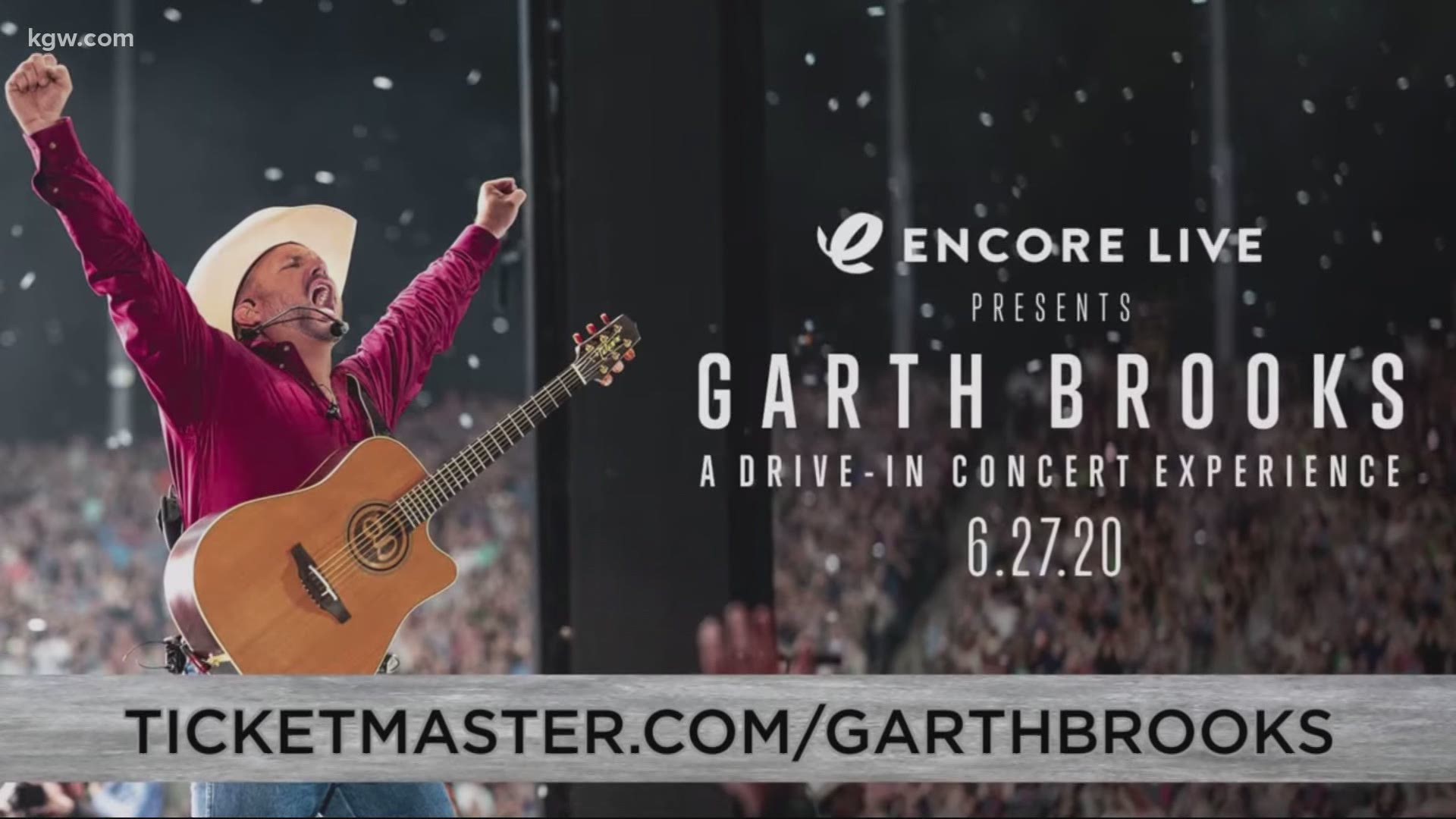 NEWBERG, Ore. — Singer-songwriter Garth Brooks announced a one night only concert event on 300 drive-in theater screens across the United States, including the 99W Drive-In in Newberg.

A list of drive-in theaters airing the event can be found here. Tickets can be purchased, starting Friday, June 19, at the same link. Promoters say that more theaters could be added daily.

The concert will be made exclusively for the event on June 27. According to the show's promoter, it's expected to be the largest one-night show to play at outdoor theaters across the country and in Canada.

“I am so excited to get to play again. I have missed it so much and want to get back to it,” the Just Dance and Friends in Low Places musician said in a statement. “This drive-in concert allows us all to get back to playing live music without the uncertainty of what would be the result to us as a community. This is old school, new school, and perfect for the time we are in.”

Tickets for the event go on sale Friday, June 19 at 12 p.m. ET. Tickets will cost $100 per car or truck. But don't plan on cramming 10 people into your car the event website states each car can only have "as many people as there are legal seat belts."

The event is slated to start at dusk and take place rain or shine.

For ONE NIGHT ONLY a special Garth Brooks concert JUST FOR DRIVE-IN THEATERS across America! Tickets ON SALE 6/19 at 12pm ET! #GarthDriveIn -Team Garth

"You know, the cool thing is. Drive-ins aren't like they were when we were kids," Garth told GMA on Thursday. "Now, you just tune right into your own car radio, so you can blast it and blare it as loud as you want."

Brooks said the show will follow all guidelines recommended by the Centers for Disease Control and Prevention, as well as all state and local health mandates. That includes keeping vehicles six feet apart, staff using protective gear and limiting the capacity in restrooms.

The event will be produced by Encore Live, which has reached exclusive agreements with drive-in theater owners across North America to bring fans this first-of-its-kind concert on a massive scale.

RELATED: Garth Brooks 'leaves it all on the floor' in personal 2-night event on A&E