Top 10 albums to listen to while social distancing

You need something to listen to while you're stuck at home during this pandemic. So here are the top 10 albums on iTunes right now. 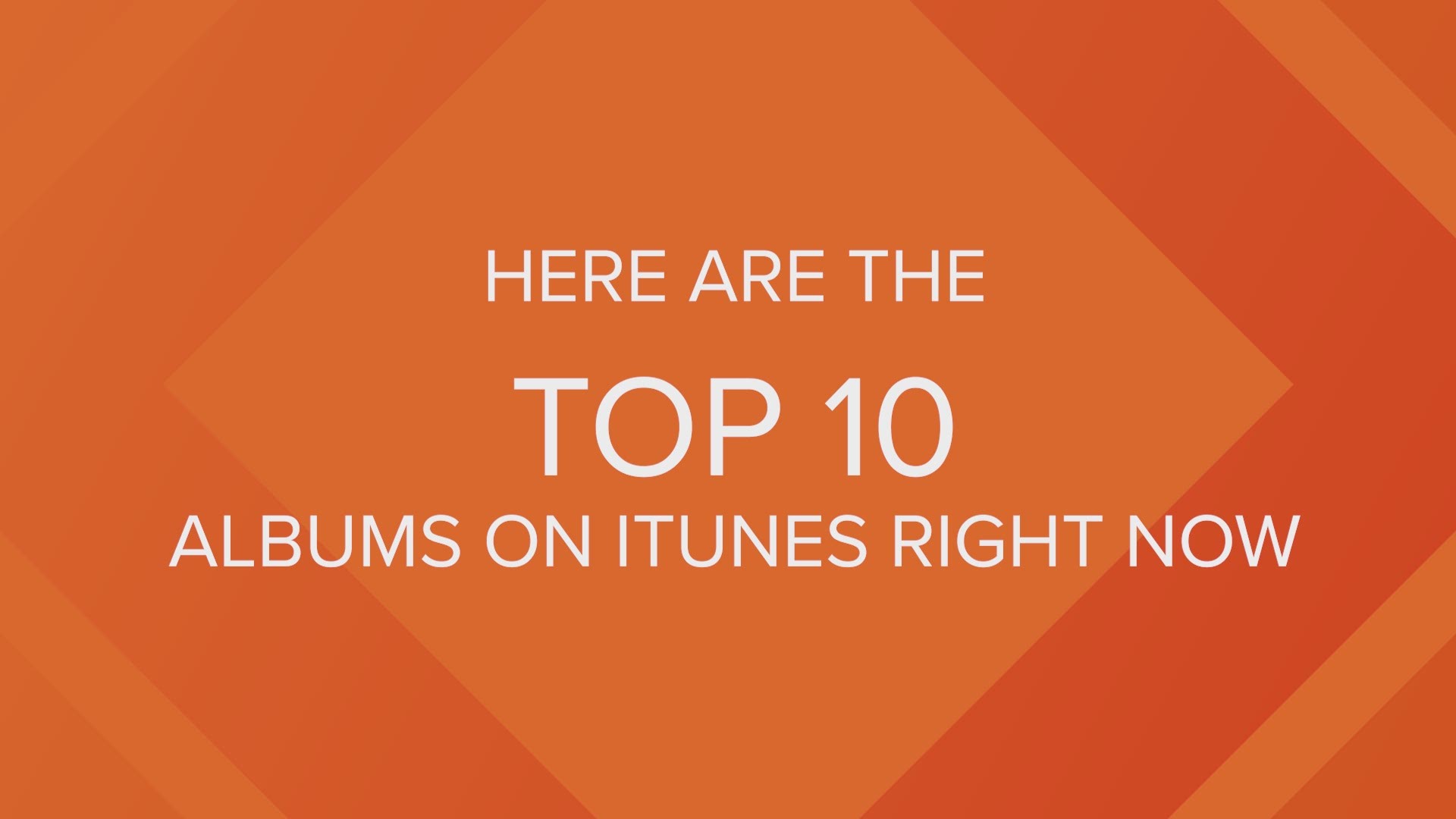 So many people across the world are at home right now, all day, consuming content from their couches, socially distant from other humans. There really is endless content to be watched and listened to out there, yet sometimes it can feel like you scroll forever without finding something you want.

That’s why we are here for you. And be “we,” I mean the people around the world watching and listening to everything, so the rest of us can use that data to figure out what to watch or listen to next.

This time, we’re looking at the top music, the albums people are listening to while stuck at home. Because I know you're getting sick of hearing your "coworkers" (aka your kids, pets, and/or significant others). Listen to these instead.

Here are the top 10 albums on iTunes right now:

1. After Hours - The Weeknd

The Weeknd is the alter ego of Canadian singer Abel Tesfaye. This is his fourth studio album, which came out on March 20.

"You can find love, fear, friends, enemies, violence, dancing, sex, demons, angels, loneliness, and togetherness all in the After Hours of the night.” —The Weeknd

Sounds mysterious, right? That's why The Weeknd made a short film to introduce us all to the album (SPOILER: it's still very mysterious).

If you like the phrase, "broke the internet," you could say Childish Gambino (the alter-ego of actor Donald Glover) broke the internet on March 15, when he streamed his new album online in the middle of the night, while many fans were self-quarantined at home. The album officially came out on March 22, but on the fifteenth (hence the album title), the artist uploaded it to his website. It was taken down twelve hours later, but that gave people on the internet plenty of time to freak out.

Most of the songs on the album don’t have a conventional title, just a time stamp for when the song appears in the single-track version of the album.

This is the third studio album for the country singer, which dropped on March 20. And this album literally DROPPED. Ballerini delivered it to a few fans via drone.

Yes, the singer is getting very creative while social distancing. You can even workout to the album! Kelsea posted a video with her trainer, to her new song, Hole in the Bottle.

4. The Best of Kenny Rogers: Through the Years

The music legend passed away on March 20, so it makes sense that fans are listening to more and more of Kenny Rogers' music. Streams of his music surged 1,687% in the two days after his passing, according to Billboard.

Within a few days of his death, sales of his song The Gambler reached 13,000.

Children (and adults, let's be honest) around the world rejoiced on March 15, when Frozen 2 was released on Disney+ three months early. With many schools already closed due to the coronavirus pandemic, parents were excited to have something new to watch at home.

The country and hip-hop artist released his latest album on March 24. Reminder: this list is based on numbers, not what actually goes together (this album just feels a little out of place following a Disney movie).

Calhoun mixes country and hip-hop, and wants more people to respect the combination of genres.

"Don't be mad because I'm challenging this genre to grow," the artist says on the intro track of the album. "I grew up listening to classic rock, country, rap, and hip-hop. I'm gonna make the people in hip-hop hear us and respect what we're doing."

This is Horan's second studio album as a solo artist (you may remember him from a little band called One Direction), which came out on March 13. If you're spending your time in self-quarantine mourning a lover who is quarantined away from you, this might be the musical vibe you want. It's all about a breakup, told through metaphors about the weather. So if you're missing all that small talk about the weather with your coworkers you haven't seen in weeks, here you go.

8. When We All Fall Asleep, Where Do We Go? - Billie Eilish

The album features hit songs like bad guy and ocean eyes, and also some more candid moment from the singer, like a comment about her Invisalign to kick off the album (it's at the beginning of the music video below).

Her songs feature serious topics, including mental health, which carries through her social media posts while social distancing.

This 20-song compilation was released in 1992, but has gained a surge in streams this week after the singer passed away. This best-of kicks off with The Gambler, and then gets to the title song, Daytime Friends. Since you're probably not hanging out with any of your daytime (or nighttime) friends right now, you can hangout with Kenny Rogers instead.

This is the Biebs’ fifth album, but his first after announcing a hiatus in 2019. This time around, the songs focus on his new wife, Hailey Bieber (formerly Baldwin). From the lyrics, it seems like the singer has made a lot of changes to his lifestyle (I guess that should be apparent from the album title).

“I just wanna be the best of me

Even though sometimes I forget to breathe

So that I can be the best for you

The artist also released a docu-series on YouTube, called Seasons. It gives a behind-the-scenes look at the creation of the new album.