‘Family to lean on’: Pride of Portland Chorus finds harmony in the hardships of 2020

The Pride of Portland is persisting through the pandemic, helping their members though wildfires and the hardships of the caronavirus. 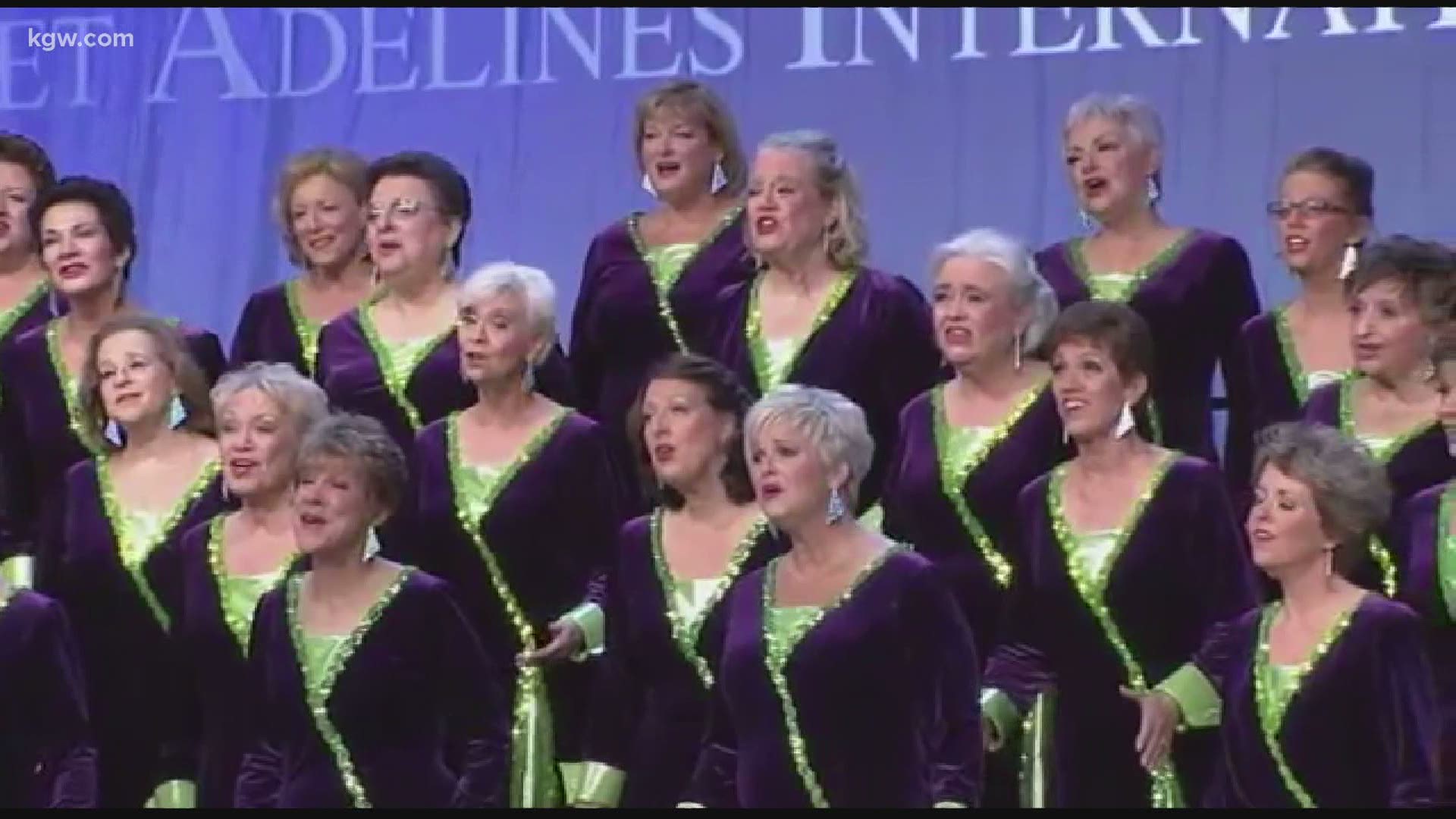 PORTLAND, Ore. — Music is healing, but its power is even more potent during a pandemic.

That’s what the members of Pride of Portland Chorus have learned over the past several months. They’ve had to change how they operate, from rehearsals through performances.

But they’ve learned to lean on each other, becoming even closer in this unprecedented time.

“Oh, it’s totally a sisterhood," said one of the coordinators, Julie Mikulic. "The friendships are phenomenal; the learning is incredible. You grow together."

The Pride of Portland has been performing and competing in their barbershop quartet style for decades. Musical director Drew Osterhout leads the group of about 50 people.

The chorus travels around the country and the world to compete and perform. They were set to have another stellar year.

“Actually, next week we would have been in Louisville for international competition if not for, you know, the plague,” Osterhout said.

The pandemic brought the world, well, out of tune, pumping the breaks on competitions and in-person rehearsals.

They’ve had to adjust. But these singers haven’t skipped a beat; they’ve just had to change their tune a bit.

Rehearsals are now happening on Zoom. It’s definitely not the same as it was before COVID-19, but they’ve made the most of it. It’s allowed the group to slow down, to snap out of their usual competition mode and reflect on why they all love this group so much in the first place.

“One of the few gifts of the lockdown has been time,” Osterhout said. “And in that time we’ve got to know each other better.”

The love of this group goes beyond the music.

“There’s harmony in the vocal notes, but there’s also harmony in your life in the friendships that you build,” Mikulic said.

Members have been able to lean on each other through the ups and downs of 2020. When the wildfires hit. members opened their homes to others who were displaced. They’ve also provided meals and finical help to members who are out of work because of the pandemic.

The group has also been an outlet for members who just need some comfort and reassurance though this difficult time.

“Being able to reach out and maybe make someone’s day even just a little bit brighter has been a bright spot in my life,” Mikulic said.

Hitting the right note isn’t easy with a cacophony of hardship all around us. But these singers are getting through it together, and striking the perfect four-part harmony at the same time.

“It felt wonderful and continues to feel wonderful to have that family to lean on. That little island of normalcy, as normal as it can be,” Osterhout said.

Pride of Portland Chorus is looking for new members. They’re working on a digital concert project and they want the public to be involved.

The group is also looking for safe, socially distant, opportunities to perform in small groups.

And they're in the midst of their annual nut sale fundraiser.

You can learn more about all of this and more at prideofportland.org.