As movie theaters face weeks-long closures, some have begun selling customers the ability to stream independent films from their homes and mobile devices. 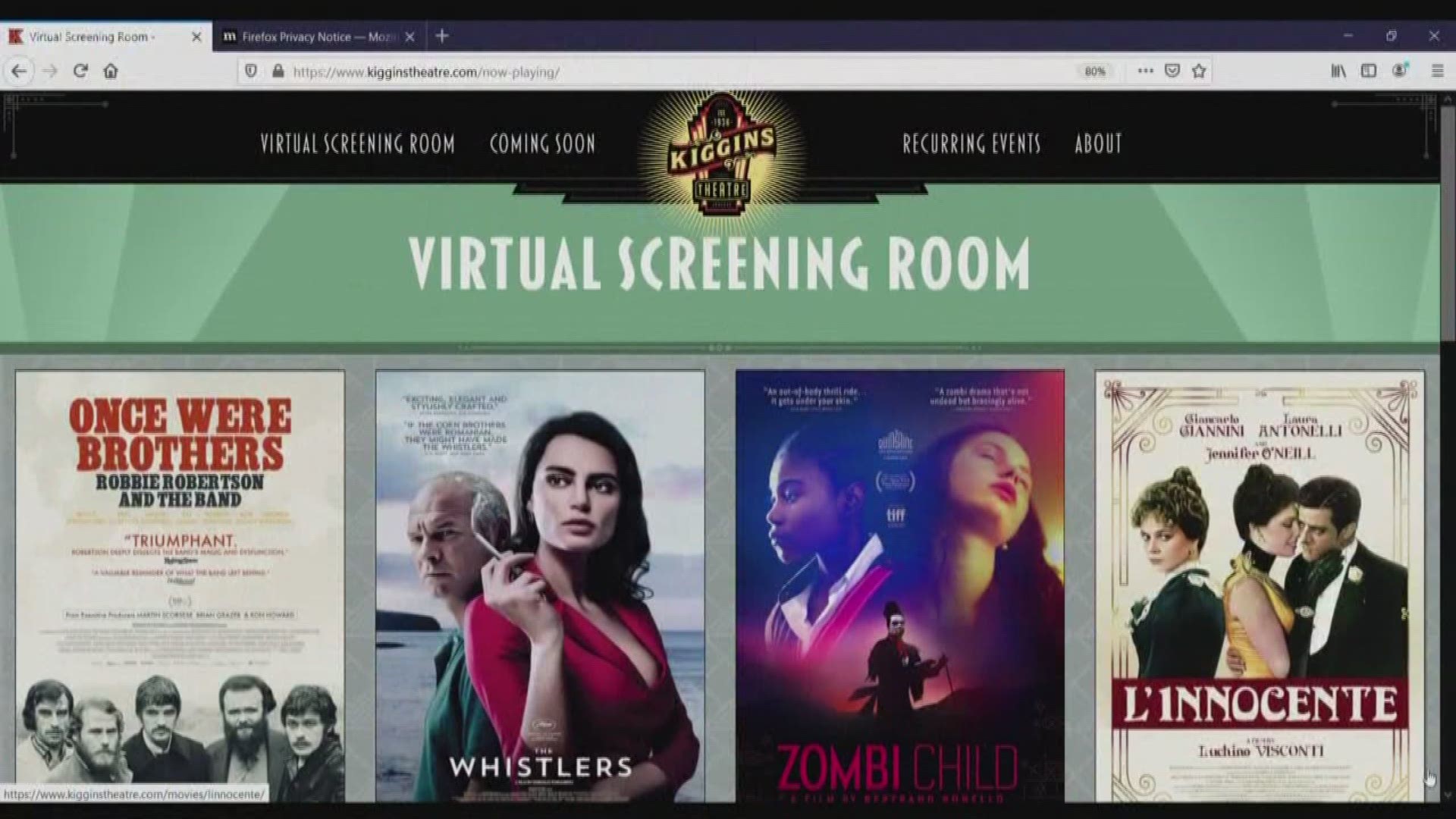 VANCOUVER, Wash. — In a world where COVID-19 is dividing loved ones and separating business from customers, movie theaters are looking at creative ways to stay afloat.

“You walk outside and there's nobody there,” said Richard Beer, Programming Director for the Kiggins Theatre in Vancouver. “It feels like you're in a zombie movie.”

Like all other theaters in Oregon and Washington, the Kiggins Theatre is closed indefinitely.

“This is the strangest time that I can ever remember,” Beer said.

It’s also a time for improvisation. Last week, The Kiggins Theatre launched its virtual cinema. Customers can visit the theater’s Virtual Screening Room and choose one of several independent movies to rent. To pull it off, Kiggins teamed up with a company called Film Movement. For $12, the streaming service lets customers watch available movies from their TV or mobile devices. Kiggens gets to keep about half the rental cost and the films get an audience.

“We can both help each other in these dark times,” said Beer.

Dan Wyatt owns the Kiggens Theatre and is thankful for an alternative way to keep business going.

“I think it's a win-win-win both for our customers, distributors and Kiggins,” said Wyatt. “You know, movies, I think, are important, they're storytelling and they speak a lot to who we are, who we could be.”

Wyatt said the next weeks and months will be challenging, but he's grateful for the reserves they've built up and the ability to think outside the theater-- at least for now.

“It's just a daily mental check-in to stay positive and hopeful,” said Wyatt.

The Liberty Theater in Camas is also letting customers stream independent films from home. So is Cinema 21 in northwest Portland. When it’s all over, things will be different, but Richard Beer believes the public's love for the theater will be stronger than ever.

RELATED: Top 10 things to watch on Netflix while social distancing