'I like turtles' became a phenomenon exactly 12 years ago

In this flashback to May 31, 2007, Jonathon Ware, who was 10 at the time, had recently emerged from the face-painting booth looking like a zombie. Turns out, his nerves during the live interview made him act a bit like one, too. 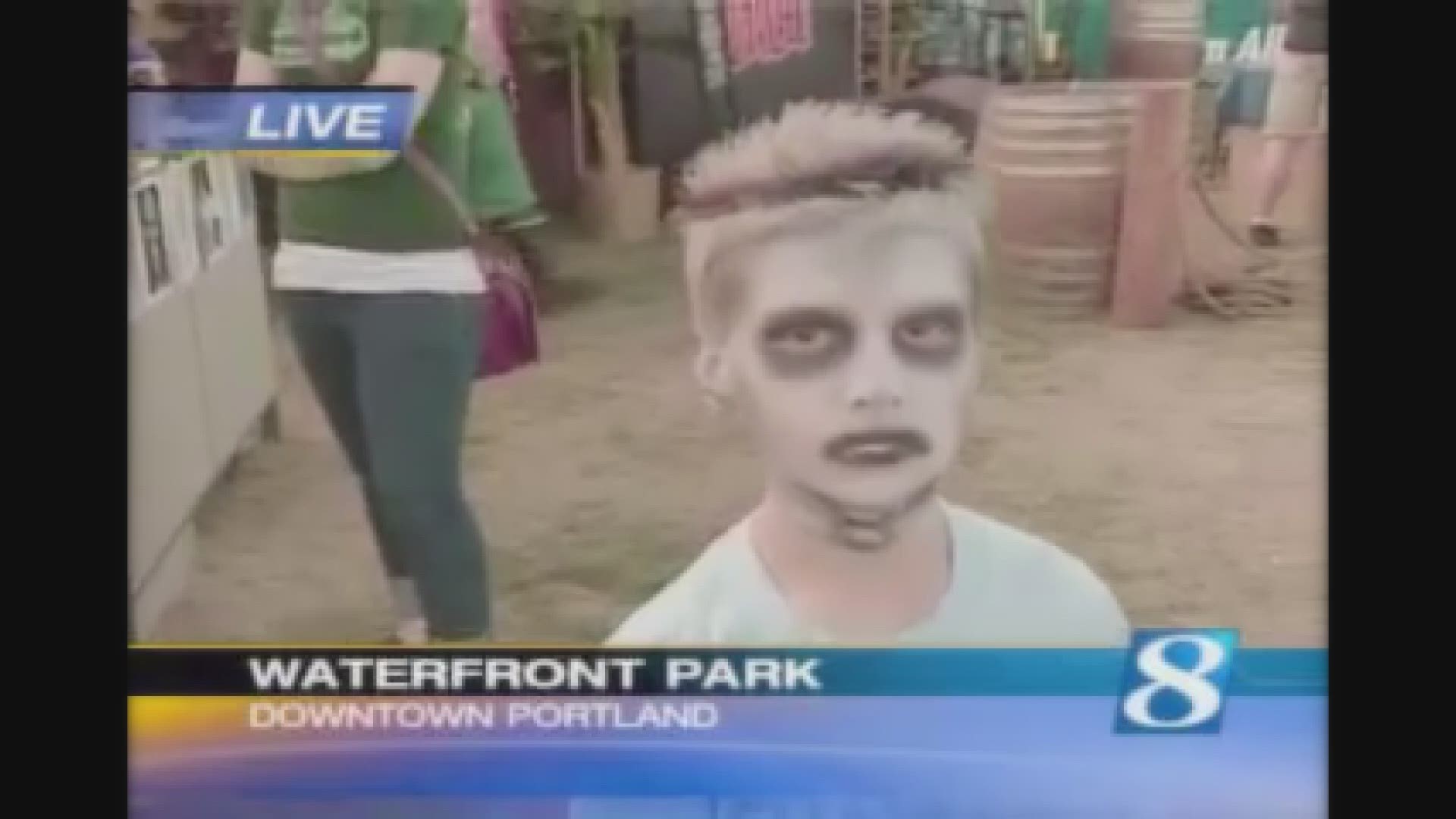 PORTLAND, Ore. -- Way back in 2007, a little boy unknowingly helped peg the term "viral video" with his endearing, deer-in-the headlights response to a KGW reporter broadcasting live from the Rose Festival.

In this flashback to May 31, 2007, Jonathon Ware, who was 10 at the time, had just emerged from the face-painting booth looking like a zombie. But he wanted to talk about something else.

"Back here live at the Waterfront Village with my friend the zombie, Jonathon," reporter Nancy Francis said. "You're looking good. Jonathon just got an awesome face paint job. What do you think?"

"I like turtles," he said. And a phenomenon began.

Someone posted the 17-second clip on YouTube and within hours, the short video snippet surged to 500,000 views and it really started picking up steam on then-social-powerhouse MySpace.

The video now has nearly 56 million views, 42,458 comments and is has been listed in "Time Magazines" 50 Best YouTube Videos.

It spiraled into the sale of "I like turtles" T-shirts, hats, mugs and bags. It also inspired countless memes (before memes were even a thing), remixes, and parodies.

One of the more famous was "The O'Reilly Factor" remix. Someone edited "Turtle Boy" into a clip in which Bill O'Reilly grows increasingly agitated because his interviewee isn't responding to his questions.

In a "web redemption" on Comedy Central's Tosh.0, Jonathon mocked his own video, explaining that turtles are cool because they can put all their body parts inside their own shell and eating turtle chocolates in Daniel Tosh's special turtle room.

Even after all these years have passed, Jonathon said he still gets recognized in public as "Turtle Boy" or "Zombie Boy" and once in a while, people ask him to recite the famous line.

He also likes to look back at the interview sometimes, and cracks up when he watches it.

"I like that it makes people happy," he said.

His mom, Tina Ware, agreed that it's fun to look back on the infamous interview, but said the sudden celebrity status also made life difficult at times.

"It's been a unique experience and he's learned a lot. We've all learned a lot," she said. "It's made our family so much stronger. You learn about having some fame in your family and you learn how to deal with it."

When asked if he had any regrets, Jonathon said he wishes he would have trademarked the "I like turtles" slogan or the images of his zombie-covered face. Because despite all the merchandise that sold with his likeness, he did not earn a cent.

He doesn't regret doing the interview, though, an said he still likes turtles and the Rose Festival, too.