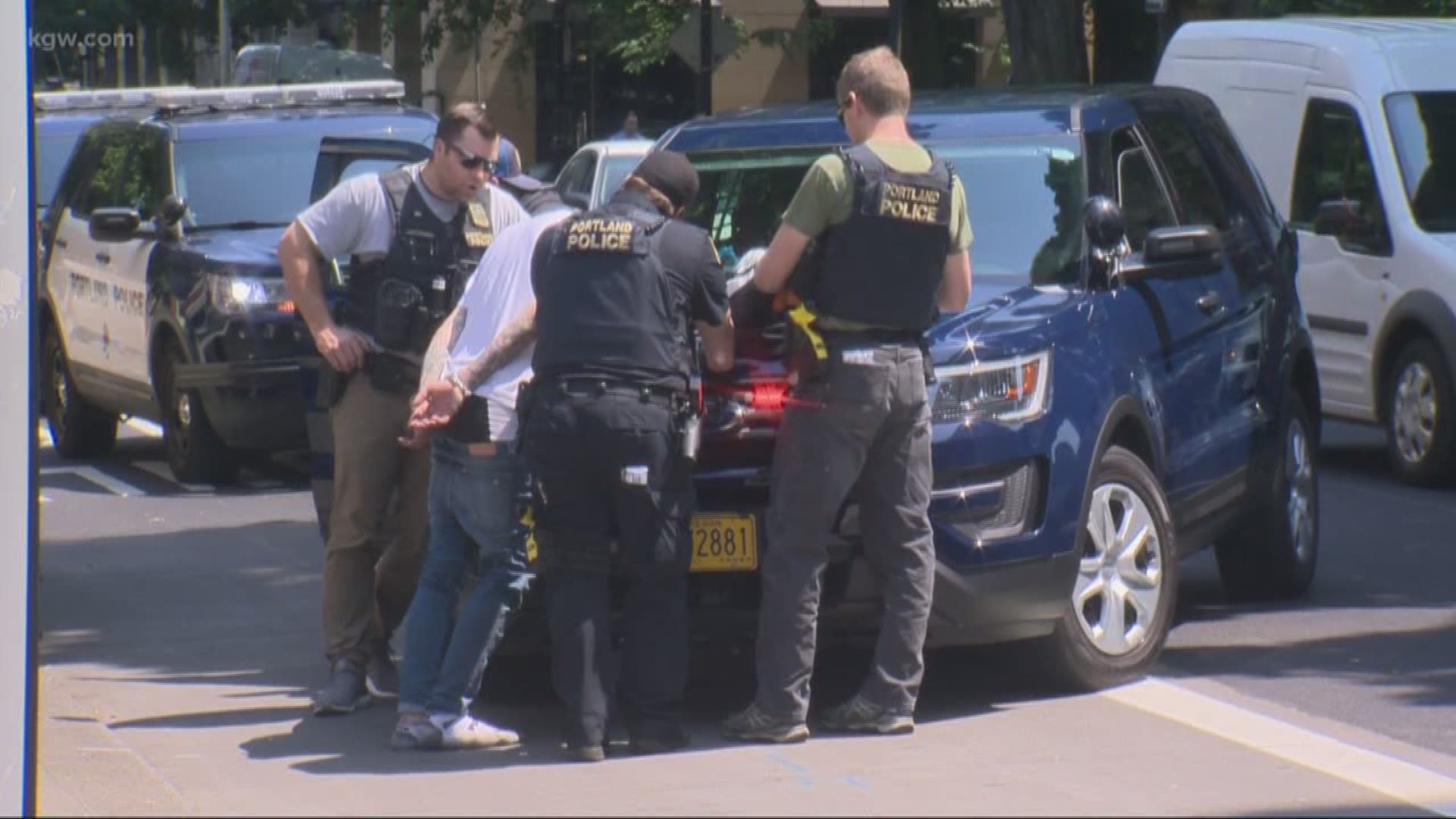 At Southwest 10th Avenue and Jefferson Street, they arrested a suspected drug dealer who told officers he swallowed heroin. Paramedics took him to the hospital.

The Portland Police Bureau’s mission was to reduce street-level drug activity before the city's premier Rose Festival events, Sgt. Chris Burley told KGW. On Wednesday, the first round of ships from the U.S. Coast Guard, U.S. Navy and Royal Canadian Navy will dock for Fleet Week.

Many people walking around downtown said they appreciated the Police Bureau’s effort.

“I think it's a really good idea because there's a lot of crazy things that happen downtown,” said Timothy Wiser. “There's going to be so many kids and families that it's just for everybody's safety.”

Others, such as Sandra Reggans-Hahn, had mixed feelings about the missions.

“I feel that if they're going to raid they should have done it a long time ago,” she said. “Then, [police] should find out why [those arrested] are out selling ... and buying the drugs.”

The fleet is expected to arrive on Wednesday and Thursday between 3 and 4 p.m. Tours of the ships will be open to the public Friday through Sunday from 9:30 a.m. to 4:30 p.m. The ships will leave on Monday morning between 7 and 10 a.m.