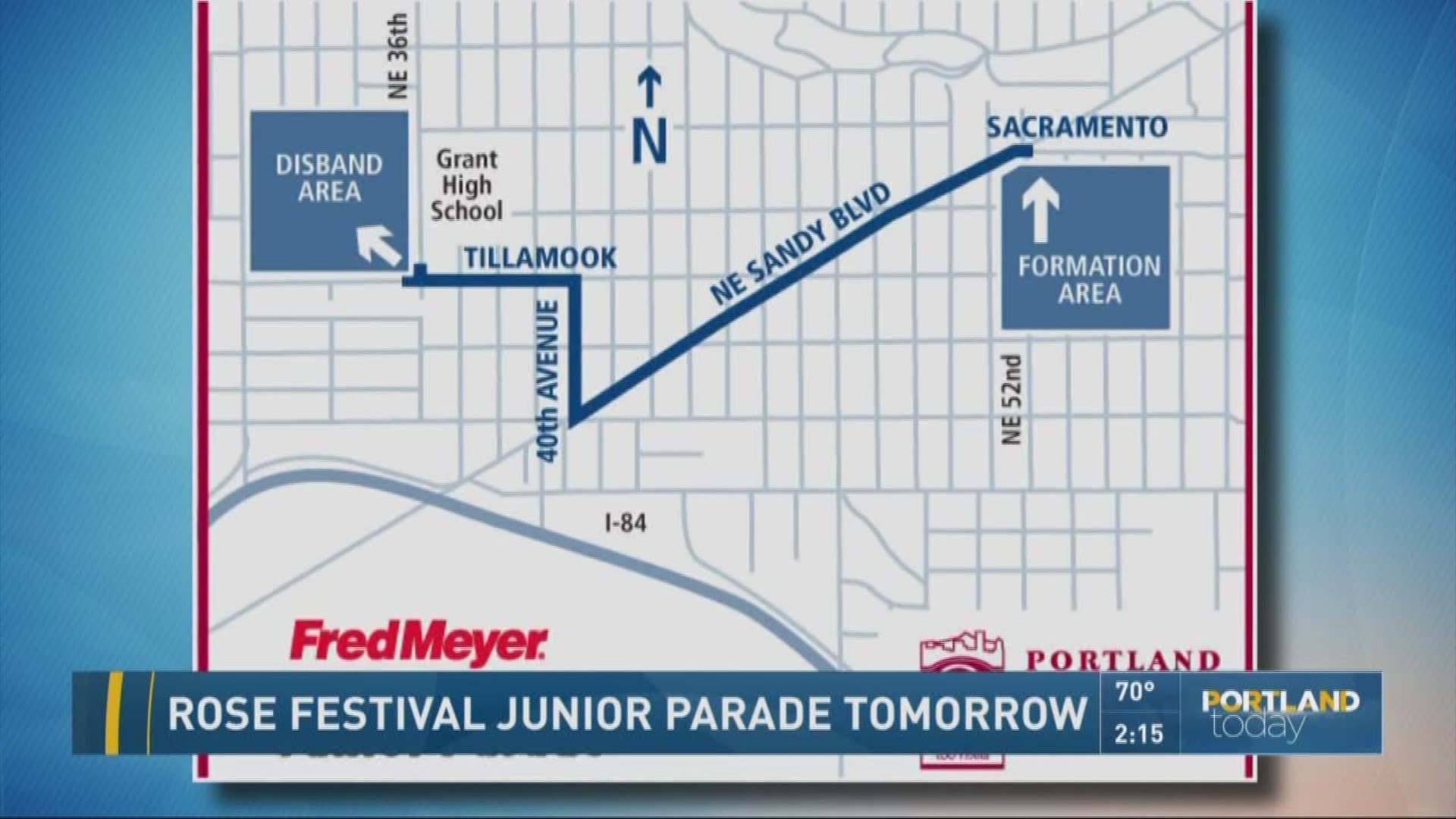 Children from all over the Portland metro area participate in the Portland Rose Festival Junior Parade, dressing up in costumes, walking with their parents or pets, and riding their bikes or sitting on colorful floats. Marching bands and dance teams from local elementary and middle schools provided music and color to the festivities.

The grand marshal for the parade this year was Dillon the Pickle, mascot of the Portland Pickles baseball team.

The Junior Parade became an official Rose Festival event in 1936.