Portland Boat Show returns to Expo Center, but on a smaller scale

Organizers said they're limiting the number of spectators to 3,500 every four hours. The five-day event starts Wednesday and wraps up Sunday. 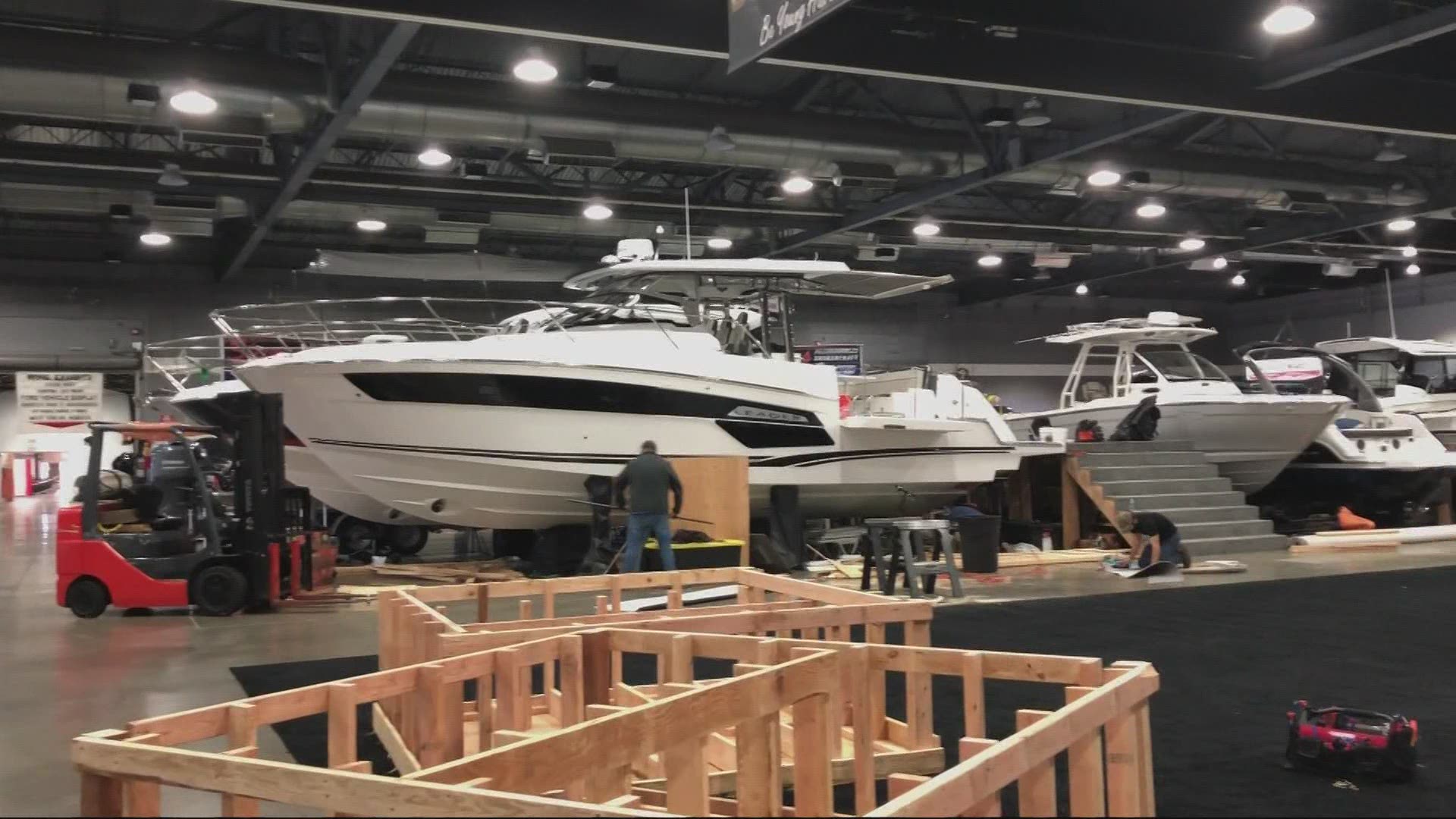 PORTLAND, Ore. — The Pacific Northwest Sportsmen’s Show and Portland Boat Show kicks off Wednesday at the Expo Center in North Portland, one of the first big shows in Portland since the start of the pandemic. The five-day event wraps up Sunday.

Trey Carskadon, one of the organizers of the annual event, said he's grateful the state is allowing them to continue the show this year. He said they've been working hard the past eight months to pull of the show with COVID-19 restrictions in place. He said it hasn't been easy.

"We've been given the threshold of 50%, but we’re probably going to operate at half of that," he said. "We can’t have any crowding."

The show usually attracts more than 65,000 people during its five-day run, but this year's attendance will be a fraction of that. At 50% capacity, the Expo Center could seat 8,000, but organizers have set their own limit of 3,500 spectators every four hours.

Because of the limited number of people, there will be wider aisles and fewer booths this year. Vendors like Eric Pedersen, the general manager of Stevens Marine, said he's glad this year's show can go on.

"It's a huge part of our business," Pedersen said. "We're in a seasonal business, so we need the shows so we can help stimulate that."

Everyone said they hope next year the show and crowds will look more like it used to, before the pandemic.