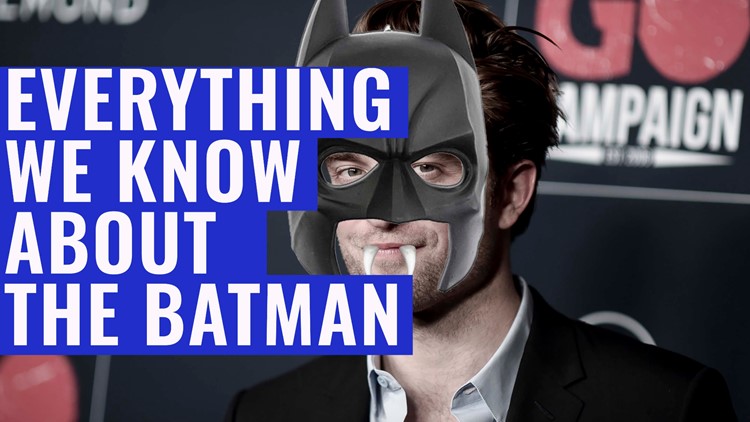 Everything we know about the upcoming Batman movie

PORTLAND, Ore. — We haven't seen Batman alone in a movie since Christian Bale portrayed him in the Dark Knight Trilogy ended in 2012 with The Dark Knight Rises.

Since then, he has been played by Ben Affleck with mixed reviews in a couple of Justice League movies.

But a new, and younger, face will be hiding under the cowl in 2021. Robert Pattinson, of Twilight fame, will be portraying Bruce Wayne in a solo film titled The Batman.

The movie is directed by Matt Reeves (Cloverfield, War for the Planet of the Apes) and has a star-studded cast. It looks like the movie may be an origin story of sorts and it will star more than one original Batman villain.

What do you think about visiting Bruce Wayne's roots? For everything we know about the Batman movie, check out the video below.

Destiny Johnson is a digital journalist at KGW. She reviews comics, movies, and talks all manner of nerd news on her YouTube channel. She's also on Twitter where she posts lots of photos of her dog.