Simran Gleason is a full-time artist and nerd who cosplays at local comic cons. But his costume has an interactive twist. 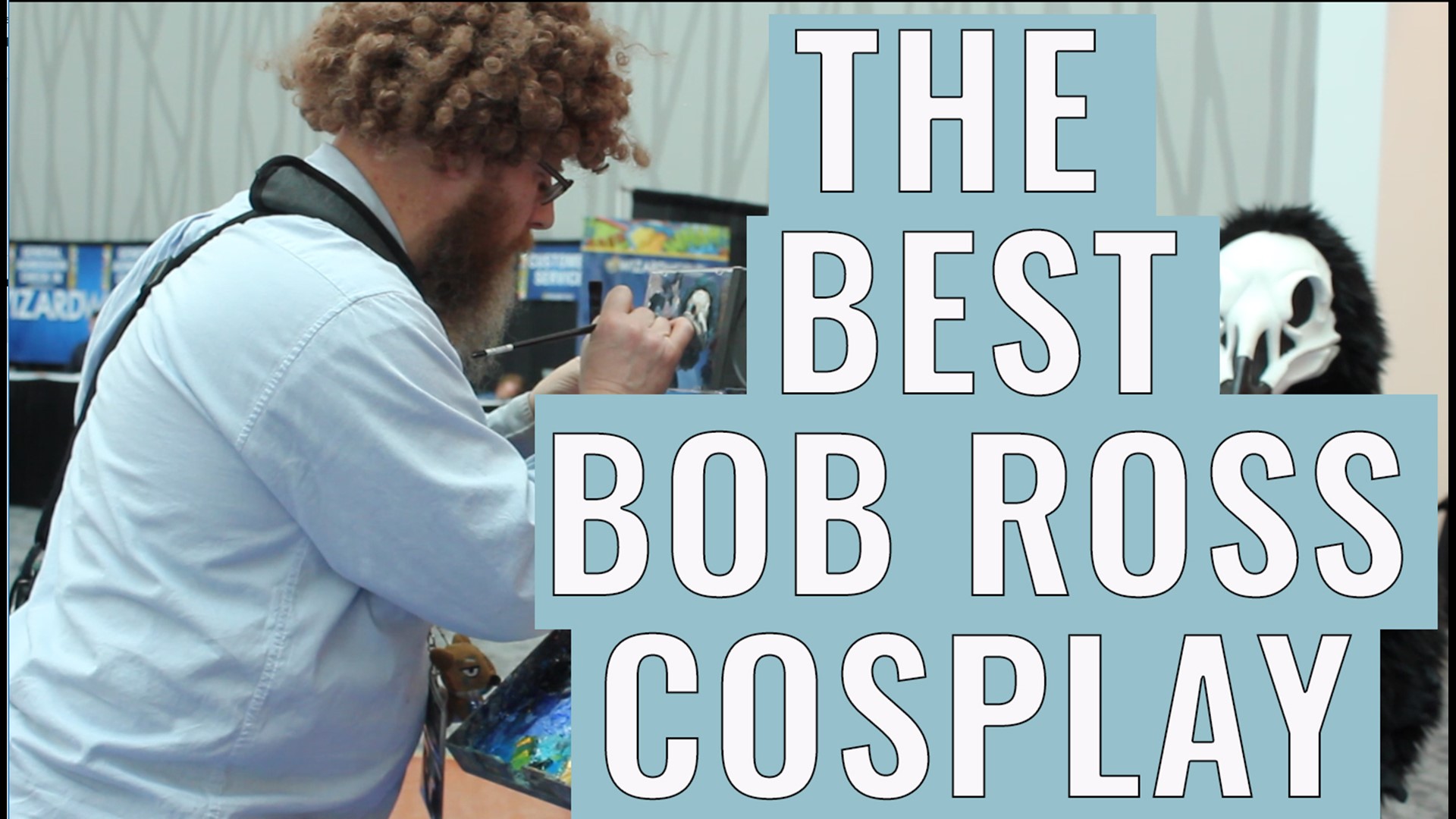 PORTLAND, Ore. — The late Bob Ross was known for his soothing voice and relentless optimism all while he painted happy little trees and inquisitive little mountains.

And though millennials have killed the housing market and avocado toast, Bob Ross has seen a resurgence in popularity thanks in part to that crowd and his show making it to Netflix.

Likewise, Simran Gleason's approximation of the painter at local comic cons is well-received. A Bob Ross among superheroes and anime characters is peculiar enough, but Simran's Bob Ross costume has an interactive twist.

"I paint the other cosplayers on CD cases and give them to them," said Gleason.

Why CD cases? Well, because the cosplayers can close them and protect both the painting and their costume because Gleason has been thoughtful to the nth degree.

It's all part of the Slow Camera Paparazzi Project that Simran does. It's an art initiative where he paints bands and various performing artists from burlesque to plays around town.

"That project just naturally evolved into cosplaying Bob Ross and doing the same thing. The question is what would Bob Ross do with a press pass?" And the photo on Simran's Bob Ross press pass is a portrait Simran painted of the late artist.

I caught up with Simran as he was painting two people at Wizard World Comic Con 2020, but he has been painting cosplayers for about two years at various comic cons in the Portland-metro area. At first, he wasn't entirely sure if the idea would go over well.

"I wasn't sure how Bob Ross would play at a superhero convention. I was really surprised, people this tall," Simran said gesturing to, well, not very tall at all, "knew Bob Ross, and they're like 'Hey Bob!' and that was fabulous. The best thing ever was when a [small] Doctor with a fez on and a perfect blue suit -- he came up to me all shy and his mom said, 'He's been looking for you all day!' He came up and said, 'Can I take your picture?' and I said 'Of course!'"

Simran painted him and the accompany TARDIS from Doctor Who.

"Just to be able to make people happy like that is really really fabulous," he said.

1 / 17
Destiny Johnson
Cosplayers and artists alike flocked to Wizard World Comic Con at the Oregon Convention Center. Wizard World was the first con in 2020 in the Portland-metro area.