BEAVERTON, Ore. — UPDATE: The live streamed concert was originally scheduled for Monday, June 1, but was postponed, due to the protests and unrest which began after the death of George Floyd.

"Life has been evolving so rapidly before our eyes. As conscious members of society, it is imperative that we remain aware and alert — and that we focus on the people and causes that most need our energy and attention," Bean said on postponing the concert. "We needed to be with the pain of our fellow Black Americans, and to free up the space to be filled by the voices of those most deeply hurting."

The concert has now been rescheduled for Monday, July 13.

For the third year in a row, Broadway star Shoshana Bean is putting on a concert to raise money for the performing arts department at her alma mater, Beaverton High School. It's called, Shoshana Bean & Friends: an Evening of Broadway.

But this year, instead of performing on stage, the concert will happen online.

Just like in past years, the show will feature students from all around the Beaverton School District, who submitted audition videos via Instagram. But unlike previous years, Shoshana herself won't get to come back home to work on it. This year, she originally planned to spend a full week in Beaverton working with the students, because to her, that interaction with the students is what makes this project so meaningful.

But once the COVID-19 pandemic hit, it became clear that working with the students in-person wouldn't be possible this year. So instead, she's gotten creative to come up with new ways to work with each student.

"It's obviously not going to be the same, but in some ways I think it's going to be cooler. One of those ways was like, I didn't abandon the idea of working with them, so I did one-on-one Skype sessions with all of my soloists," said Shoshana. "[I] just talked to them about the material and helped them dial in more personal connections to it, fine tune some vocal challenges. So that's really cool, we wouldn't have had that kind of one-on-one time."

And that's not the only benefit of a virtual show. Doing the concert online means more people can watch it from all over the world, live and in the future.

"There's going to be way more eyeballs on this than would've been just in the 500-600 seat house [at Beaverton High School], so that's cool for [the kids]."

The concert will air on Shoshana's personal YouTube channel. A quick look at the channel shows that all of her videos have thousands of views - millions, in some cases. So getting thousands of eyes on the cause and these up-and-coming performers is a big deal.

The one-hour show will feature musical classics, and hit songs from pop musicals, like "Waitress," "Wicked," and "Dear Even Hansen."

It gives Shoshana and everyone else involved a way to give back to the arts community during such a difficult time.

"It's not just the raising of funds for Beaverton," said Shoshana. "I think that putting out this virtual content is a give back as well."

For Shoshana, she's given back with not only the personal student coaching calls, but she is even editing the show together herself, after each performer recorded their own parts at home.

And pleasing on the fundraising side, of course. That part is all happening online as well, on a GoFundMe page. It's already open and had raised over $4,500 as of May 27, five days before the concert. 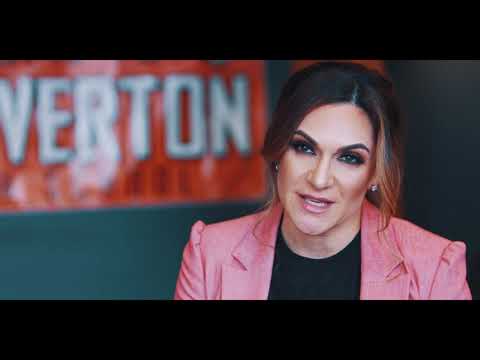 Support the Arts at Beaverton High! organized by Devon Haggart
It is no secret that performing arts programsaround the country are being annihilated at the hands of budget cuts. Broadway veteran and chart topping recording artist Shoshana Bean Shoshana Bean believes it is up to US as a community to fight to keep these programs alive.

Over the past two years, the show has raised over $50,000, which has helped upgrade Beaverton High School's performing arts facilities and provided scholarships for graduating seniors.

"It doesn't seem like a lot," said Shoshana. "But when you think about, like, how badly [high school performing arts departments are] hurting, it's helpful."

What she really wants to accomplish with this fundraiser is to give students the opportunity to perform, without having to worry about whether or not there's enough money to make it happen.

"My goal is that they don't have to think about this stuff," said Shoshana. "That they can just show up to school and have those things that should be a right. They shouldn't be a privilege. It shouldn't be, 'Thank you Shoshana, thank you teachers, thank you to all the donors.' It shouldn't be that. It should just be a given."

And this all goes back to her time at Beaverton High School where she learned so many skills on that stage.

This virtual show, she hopes, will also teach the students the valuable skill of performing on camera, since so much of the arts (and everything else in the world) is being done that way right now.

"If this is what we're doing now, and I don't know how long this is what it's going to be," said Shoshana. "The live performance aspect is obviously is a magical skill and is important for them, but this is important too. To figure out how to communicate powerfully to a camera as well, you know, it's a whole other skill. So I'm really trying to focus only on the positives and what there is to learn and what there is to get."

She says the main feeling she's gotten from the students when she coaches them is fear - being afraid of who they are and showing their true selves.

And of course, she hopes those watching are inspired as well, to support the arts.

"What I know about my artistic community is that we show up for each other," said Shoshana. "We are a community. And that is from the Broadway community to the outreach to the regional communities, to educational communities. We are connected through our art. So it's really just extending a hand through the screen and just being like, we're in this together, we're a community. So here's some beautiful music, enjoy."

The concert will go live on Shoshana's YouTube channel on Monday, June 1 at 6 p.m.

In the meantime, watch Shoshana sing her own song, Remember the Day, on Tonight With Cassidy.

And watch Cassidy's full interview with Shoshana about this year's show here: