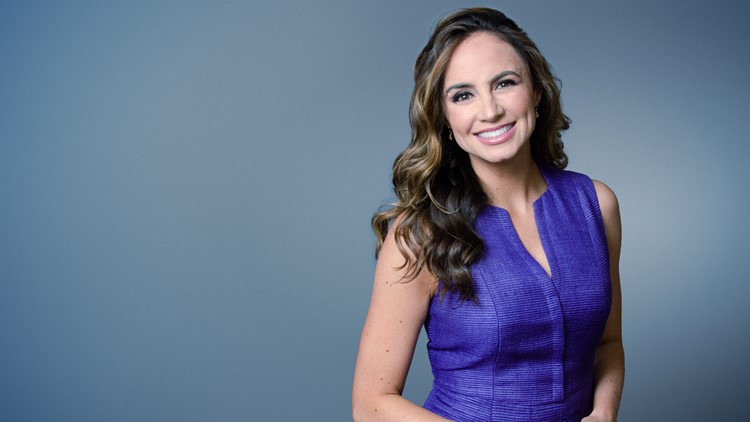 Katherine Cook joined KGW in the summer of 2007. She is a news reporter. As a native Oregonian, she is passionate about her community and telling the stories of those who live in it.
Author: KGW News
Published: 3:51 PM PST December 11, 2015
Updated: 5:00 PM PDT August 22, 2018

Katherine Cook joined KGW in the summer of 2007. She is a news reporter. As a native Oregonian, she is passionate about her community and telling the stories of those who live in it.

Katherine has earned numerous awards for her work. In 2014, she won a Northwest Regional Emmy and a Western Regional Associated Press "Mark Twain" award for feature reporting. In 2011, she was nominated for a Northwest Regional Emmy for sports reporting. She has also earned multiple first place awards from the Oregon Associated Press and the Oregon Association of Broadcasters.

Katherine began her television news career as the Klamath Falls Bureau Chief for KDRV (ABC) in Medford. There, she focused on environmental and agricultural issues affecting the Klamath Basin. She then moved to Medford where she was a reporter and weekend anchor. She spent two years reporting at KKTV (CBS) in Colorado Springs, CO. Between blizzards and tornados, she covered her share of daring rescue attempts common in the Mountain West, and reported weekly on issues relevant to the region's extensive military community.

Katherine grew up in Portland and graduated from Reynolds High School. She attended Mt. Hood Community College and Western Oregon University, where she received a Bachelor of Arts degree in Speech Communication. She also ran track for the Wolves.

Giving back to her community is important to Katherine. She emcees several local fundraisers, volunteers with her church and in 2013, won a charitable dance competition with her performance of the Tango.

In her spare time, Katherine enjoys running, painting, gardening and playing the violin. She is an avid sports fan who cheers for the Portland Trail Blazers and Denver Broncos. She's also a member of the National Association of Hispanic Journalists.