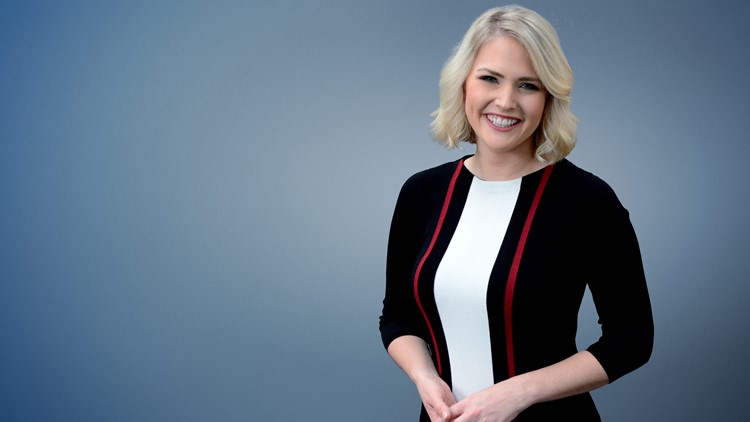 PORTLAND, Ore. — Before she knew she'd make a career out of it, Brittany Falkers loved telling stories. Even in grade school she made home video talk shows and special news reports for school projects. Now, you can catch her at the anchor desk on KGW News on Sunrise on Saturday and Sunday mornings. She also reports five days a week on the stories that matter to you.

Falkers comes to Portland from Green Bay, Wis., where she spent four and a half years as morning anchor at WFRV-TV. She also anchored and produced the midday show. She is a Minnesota native, but Falkers was raised on the Green Bay Packers. She's made the move to the Pacific Northwest, but will remain fan of the green and gold for life. Luckily, there is a strong Packers following in Portland.

Falkers started her career in Duluth, Minn., as a reporter for WDIO/WIRT in 2012. After a few months in the field she moved to the anchor desk greeting early risers on Good Morning Northland. Morning news has been a part of her passion ever since.

If you have story ideas email Brittany at bfalkers@kgw.com.